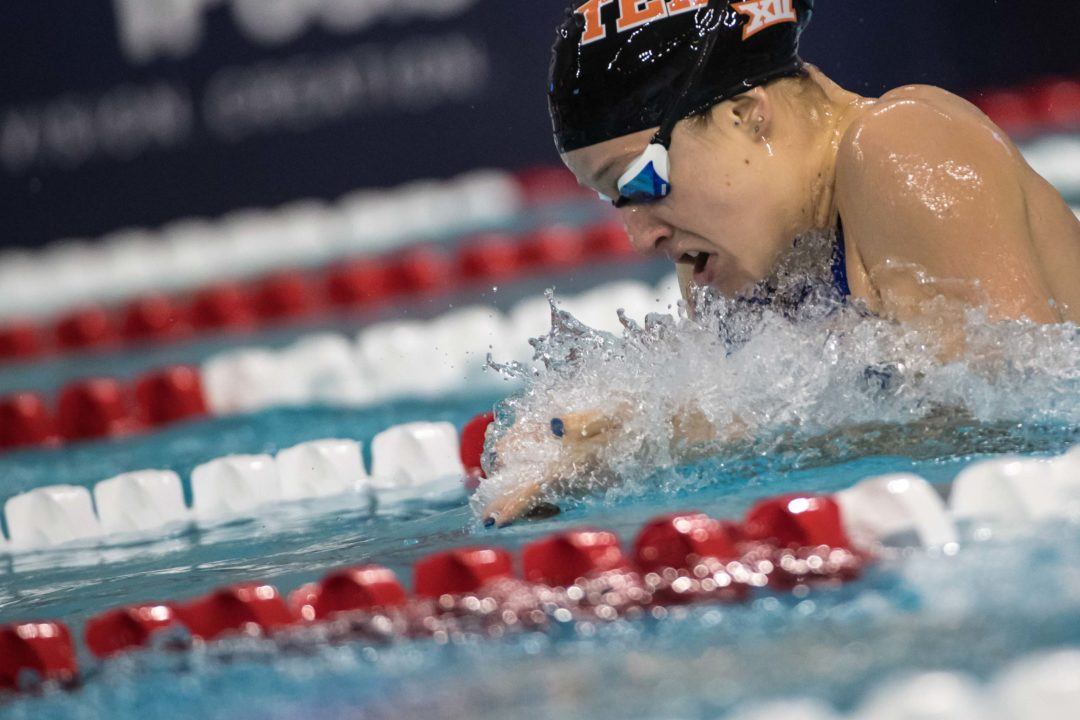 On Friday, September 28, the Texas men had their annual Orange and White intrasquad meet, a hotly contested battle fought within the team that came down to the last relay. You can watch many of the race videos from the meet here.

That wasn’t the only action in the pool. During the 2 diving breaks, UT postgrad Madisyn Cox swam 2 exhibition races, the 200 IM and 100 fly. These were her first swims at a meet since serving her 6-month doping suspension for testing positive for traces of Trimetazidine. Cox’s suspension was originally 2-years, but was shortened to 6 month after it was determined that 4 nanograms of the banned substance were present in both the opened and sealed bottles of Cooper Complete Elite Athletic multivitamin that Cox says she has been taking for seven years, and that she had listed on every doping control form she’s ever had to fill out. You can read Cooper Complete’s statement on the issue here.

For late September, Cox put up solid swims of 1:56.6 in the 200 IM and 54.9 in the 100 fly. After the races, Cox indicated that she would be resuming a normal competition schedule, including the pro swim series and potentially a stop in the world cup.

Watch videos of Cox’s races below:

She is a boss

I think you mean Future Mrs. Farris. Power couple of the century.

Wonder what their children could do in the pool.