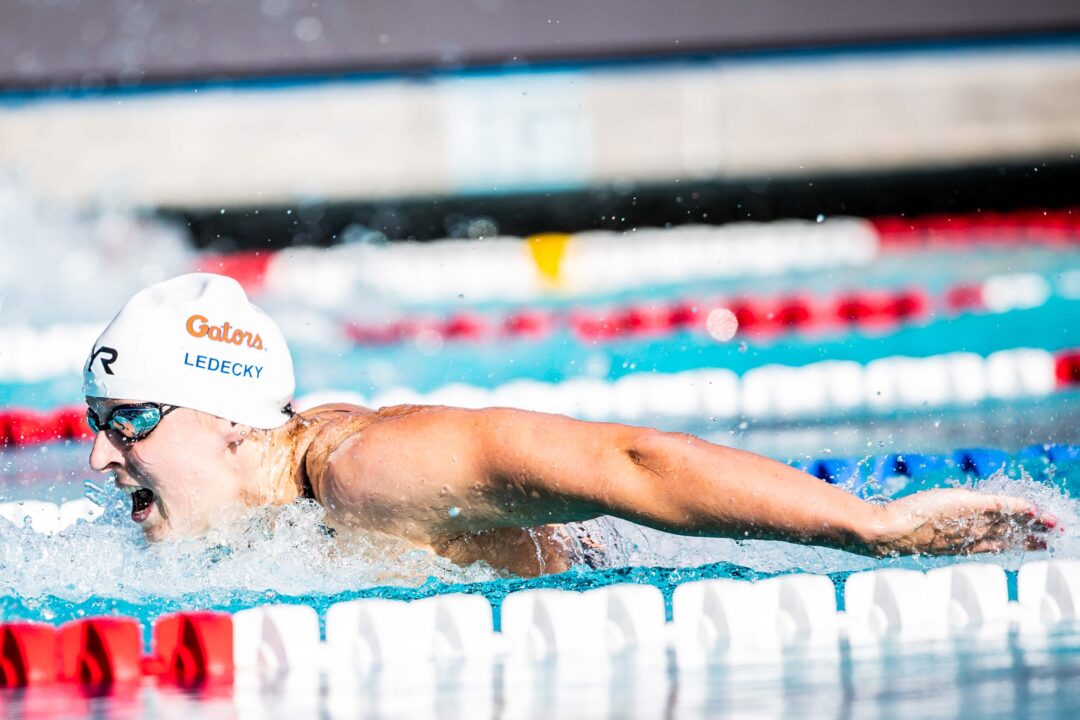 After an epic battle in the women’s 400 IM, neither Katie Ledecky nor Leah Smith raced any of Day 4’s events. However, they did each time-trials events Current photo via Jack Spitser/Spitser Photography

After treating us to an epic battle in the women’s 400 IM on Day 3 of U.S. Nationals, neither Katie Ledecky nor Leah Smith raced any of Day 4’s events. However, they did each time-trials events; Ledecky swam the 200 fly, and Leah Smith the 100 breast.

Ledecky teased that she would swim “fun events” in Irvine, including time-trialing the 200 fly and 200 IM. On Day 4, she raced the 200 fly, which she described as her “best event when she was younger.”

Who is in the red cap? Bragging rights for life.

Flyers gonna be smug AF with the distance group.

No, because “red cap” is swimming the mile today.

You must be fun at parties.

Always wanted to see her take on a 200 fly. That was fun. That damn piano jumped on her back at the 120 mark tho. Ouch.

I thought she started to lose it just beyond the 90 meter mark. That’s when she was noticeably coming out of the water considerably higher. But the second wall gave her a brief reprieve. Then beyond 120 nothing was going to save her.

Still not too bad. And I imagine the 200 medley will look good and be a very competitive time, to the point there will be calls for her to attempt it during events.

….. and then the RMS Titanic hit an iceberg.