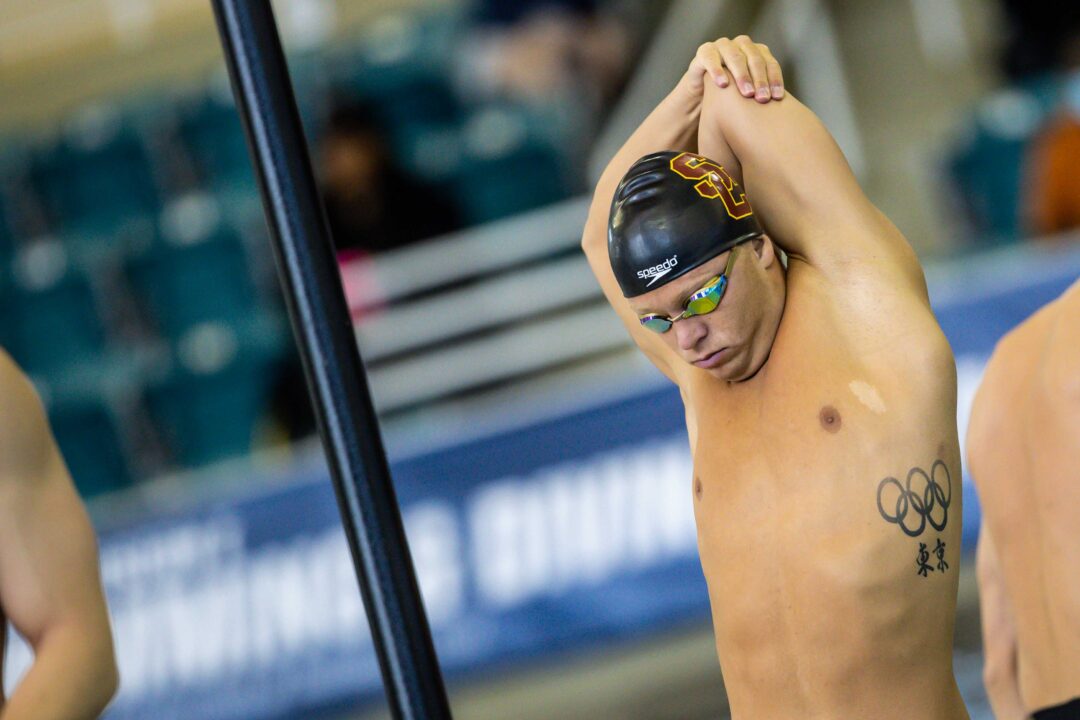 With so many fall invitationals taking place last week, it was easy to miss all the fast racing that happened at the Art Adamson Invitational. Relive the second and third nights of the meet through race videos below.

More race videos are available on Texas A&M’s YouTube channel. Lane 1 is closest to the camera.

Texas A&M freshman Baylor Nelson threw down his third PB of the meet in the 200 back (1:41.17) to shave .14 seconds off his previous best and place second behind junior teammate Ethan Gogulski, who was just off his nation-leading time of 1:39.98 from prelims:

Reigning national champion Kaitlyn Dobler of USC dominated the 100 breast with a nation-leading time of 56.94, a new season best just .01 seconds off her PB from NCAAs in March:

Alabama’s Charlie Hawke and Air Force’s Wen Zhang both broke 1:32 in the 200 free to take over the top two times in the country so far this season:

Texas A&M freshman Baylor Nelson posted an impressive 3:38.39 to lead an Aggie sweep of the top four spots in this final:

Texas A&M freshman Guilia Goerigk cruised to a victory in the 400 IM, recording a 4:05.75 that ranks as the second-fastest time in the country this season behind Virginia senior Ella Nelson (4:03.61):