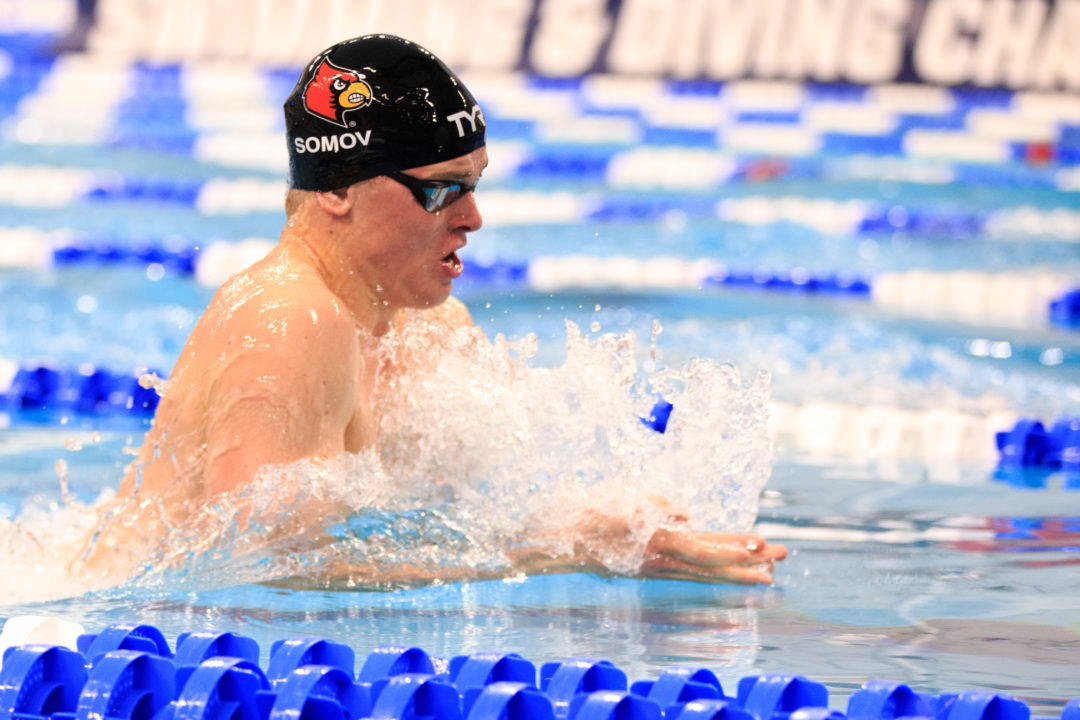 We all know swimming is getting faster, but that doesn’t make it any less shocking when we see some swift swimming. At tonight’s ACC Championships, the top five swimmers all finished under 1:53.0. Watch the race video below, then keep scrolling for a comparison of how tonight’s final stacked up against ones from previous ACC Championships.

When the time need to make the A-final out of prelims was nearly two seconds faster than last year (including a DQ that knocked out a swimmer), we figured tonight’s final would be fast. But take a look at the chart below to see how the top eight times tonight compared to the last four years at ACCs.

At every single place, the time tonight was more than a second faster than the time from last year, and the 5th or 6th place time tonight would’ve been enough to earn silver most years.

Not only was tonight’s A-final fast compared to previous years, but five of the eight men also set new personal bests tonight, and in most cases those previous bests came in prelims.

In between prelims and finals, all eight men were under last year’s NCAA qualifying time of 1:54.04, so all should have another chance to race again next month at this time pool and improve their times.

And UVA’s Matt Otto, who was dq’d in the prelims (would have finaled), went 1:53.41 in time trials later that day!