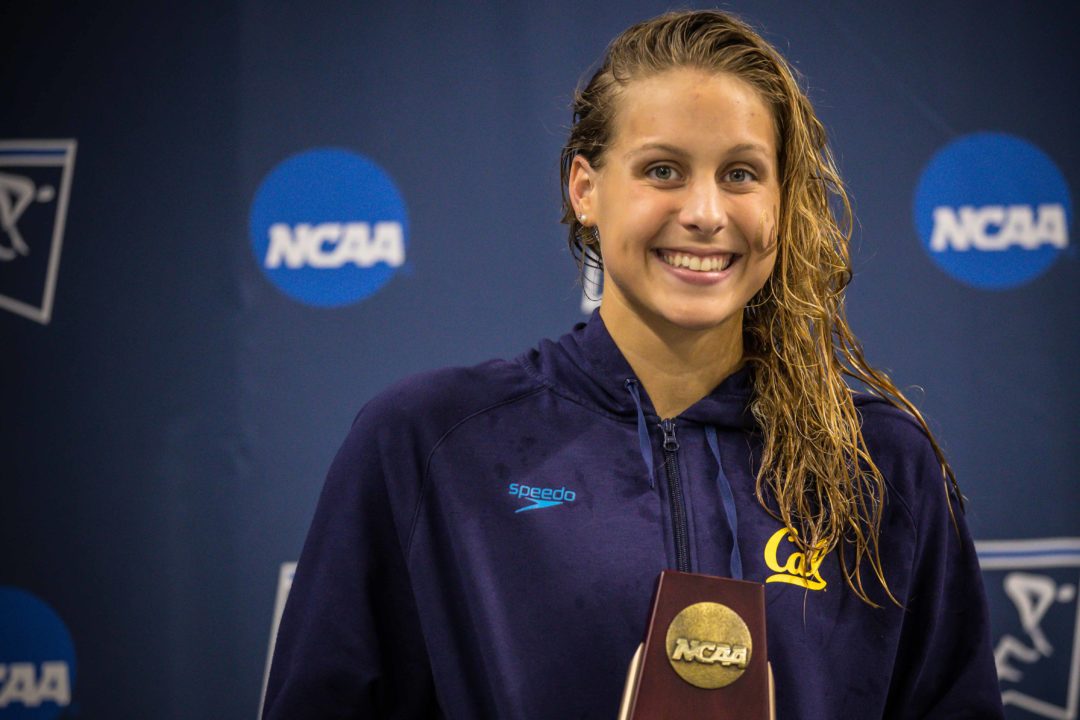 The 2021 Pac-12 Women’s Swimming & Diving Championships came to a close in Houston, with the last two days a tight duel for the team title between Cal and 4-time defending champion Stanford. On the final day of competition, Cal pulled away from Stanford to win the 2021 team title and snap the Cardinals’ 4-year streak. This is now Cal’s 5th team championship title in conference history, the 2nd-most titles.

Cal had a dominant meet by winning 7 individual events, placing second in 10 events, and winning all 5 relays. Junior Izzy Ivey won Swimmer of the Meet thanks to her three individual Pac-12 titles earned throughout the meet: 100 fly (50.87), 100 back (51.13), 100 free (47.54). Freshman Isabelle Stadden and junior Alicia Wilson both earned two runner-up finishes and won and individual event, worth 88 points a piece. Stadden won the 200 back (1:50.83) on the final day while Wilson kicked things off on day one with her 200 IM win.

Senior Robin Neumann had a breakout performance in the 200 free final, winning her first Pac-12 title (1:43.40) after 11 A-finals and five 3rd-place finishes throughout her four years at this meet. Sophomore Rachel Klinker won the last individual event, the 200 fly (1:52.82), to distance the Bears away from the rest of the teams.

Stanford still holds the most overall team titles with 23 while Arizona remains with the 3rd-most with four. In 2021, Stanford settled for second place by 74.5 points. Stanford’s last runner-up finish as a team came from the 2016 Pac-12s, where USC won their first Pac-12 team title.

Earning 3rd place by 63 points were the UCLA Bruins, cracking the top three teams for the first time since 2006. Junior Claire Grover was part of a three-way tie for second in the 50 free, along with picking up a 4th-place finish in the 100 breast. Freshman Sam Baron also was an event runner-up in the 100 fly as well as swimming to 4th in the 200 fly. USC settled for fourth place this year with only 15 scoring athletes while UCLA had 25, contributing to the Bruins’ team finish.

Utah took 5th place as a team over Arizona by 124.5 points, another noteworthy finish. Utah did not being competing in the Pac-12s until 2012. Their best team finishes were a three-peat 6th place from 2014-2016. At the 2021 meet, Utah has now beaten Arizona for the first time at this meet.

Way to go Bruins! Every swimmer and diver scored. That speaks volumes. I’m impressed and inspired by your grit and unity. The best is yet to come! And gotta say – roll on you Bears. Congrats on the victory!