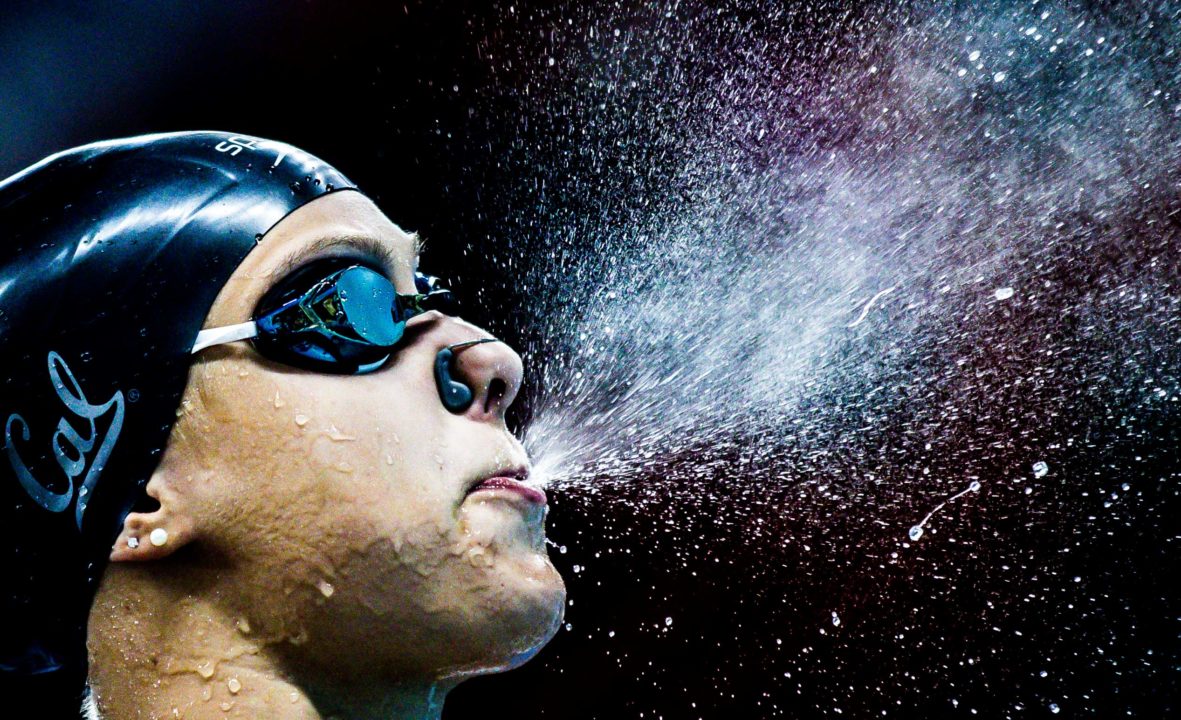 Like the Big Ten, the Pac-12 had a shortened regular season which made Swimulator projections harder to evaluate. Utah was the biggest overperformer. Archive photo via Jack Spitser/Spitser Photography

Cal looked like the solid favorites on paper, carrying in a Swimulator projections lead of 346.5. But like we saw with the Big Ten, a limited regular-season schedule makes it tricky to get accurate Swimulator projections. Stanford ultimately made this meet much, much closer than anticipated, leading in points into the final day and finishing just 74.5 behind the Golden Bears.

The other major metric we like to track, individual returning points, favored Stanford very heavily – Stanford returned a whopping 379.5 more points than Cal, along with six more relay legs. But those numbers were also relatively skewed, as some returning Stanford scorers didn’t compete this year, among them Lucie Nordmann (54 points in 2020) and Carolina Sculti (59 points in 2020).

UCLA and USC felt pretty locked into their spots, although they ended up closer than the Swimulator projections showed. We followed the Swimulator in putting Arizona ahead of Utah, but regular-season times really didn’t capture what the Utes had to offer. They were projected dead last in the Swimulator, but rocketed to 5th overall.

For what it’s worth, Utah did have more individual returning points (371.5) than Arizona (318), so perhaps we should have relied on that metric a little more.

Izzy could you please stop spitting water on me?