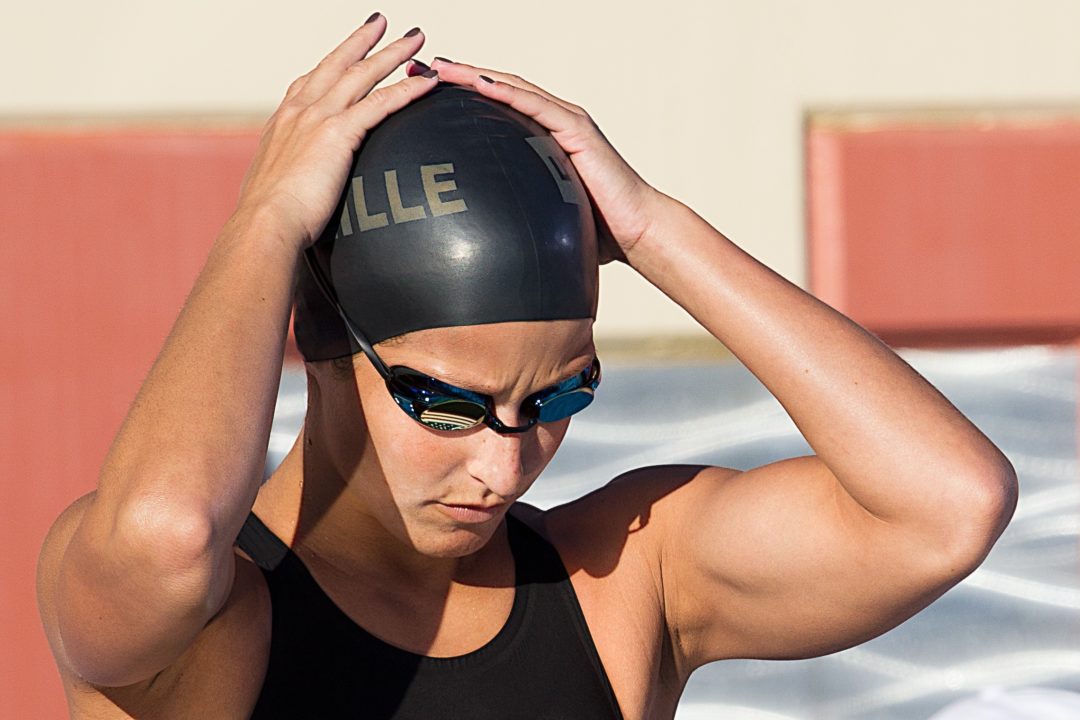 U.S. Olympic swimmers Caroline Burckle and Kim Vandenberg participated in a video with a group of female athletes in which they recreated some of the Victoria's Secret Angels' modeling photos. Archive photo via Tim Binning/TheSwimPictures.com

As a swimmer, Burckle was an SEC champion and NCAA champion for the University of Florida Gators. She was named the NCAA Woman of the Year in 2008. Also in 2008, Burckle qualified to swim on the 800 free relay at the Beijing Olympics, winning bronze with Team USA. Vandenberg also won a bronze as a member of that relay. Individually, Vandenberg’s long list of accomplishments includes a silver medal in the 200 fly from the 2007 World Championships.

Check out the video below to get to know the athletes and watch their photoshoot.

I’d rather see the athletes competing – that is true beauty.

I really like this (and not just because it is nice looking women in their underwear, I promise)!

I’ve got 2 young daughters who enjoy sports (swimming included), and at this age their potential is wide open. I sincerely hope they never feel pressured to quit or stop sports due to feeling they need to “have a certain look” or that being athletic is somehow less feminine. I don’t really care at the end of the day so long as they are happy and healthy, but I want it to be their choice (and not something society pushes on them).

Swimmmer – Crossfit isn’t my favorite thing either, but I think at this point, it’s hard to argue that it isn’t a sport.

I love this! So important to empower women in sports when they’re constantly compared to beautiful models! Bad ass, ladies

I really enjoyed the video and their perspectives! Beautiful, athletic ladies, all around! Great job, Caroline and Kim and way to represent!