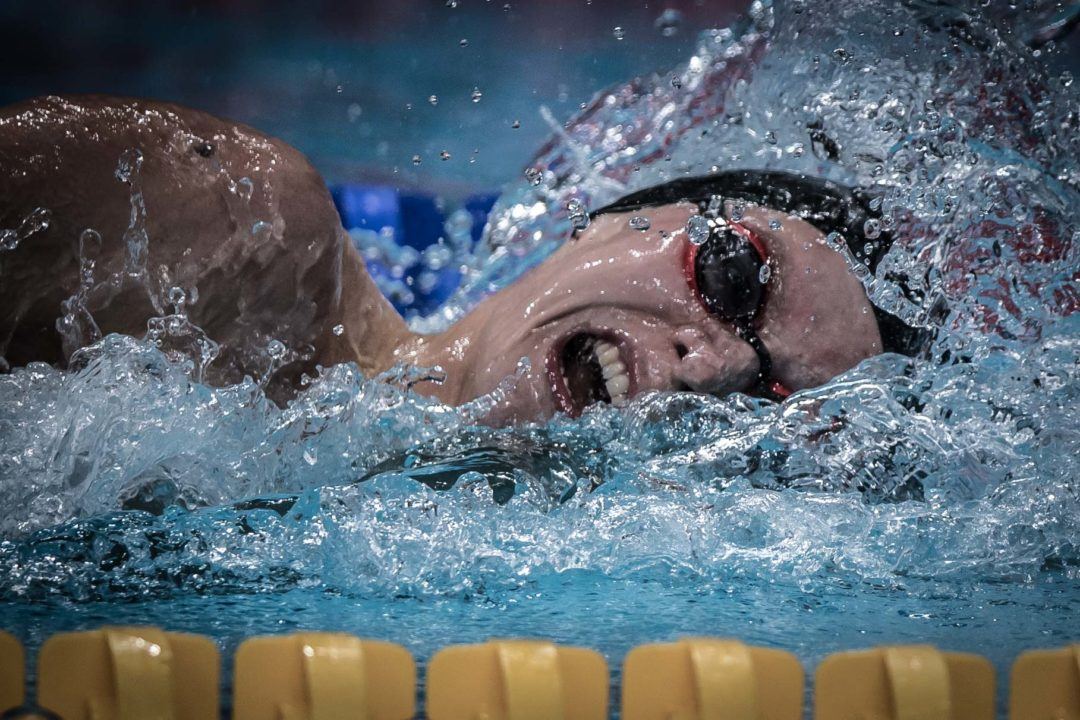 Just when things were looking a little bit bleak at the British Swimming Championships in terms of swimmers achieving the stiff selection standards for this summer’s World Championships, Olympic medalist Duncan Scott stole the show to end night 3.

The 2018 Commonwealth Games Champion in the men’s 100m free event brought the Tollcross house down, clocking a winning effort of 47.87 to lay waste to the field and dip under the 48.00 QT. His time lowers his own British National Record and Scottish National Record that was on the books as 47.90 from the 2017 World Championships.

Tonight, Scott opened in 23.10 and closed in a 24.77, aided by a tremendous underwater at the turn that left competitors in the dust.

With his performance, Scott becomes just the 3rd man in the world this season to have produced a sub-48 second time, sitting 3rd in the rankings behind Russia’s Vladislav Grinev and Australia’s Olympic champion from 2016 Kyle Chalmers.

As a testament to the 21-year-old University of Stirling swimmer’s versatility, Scott already took the 200m fly silver medal here in Glasgow and will also be racing the 200m free, 200m IM and 100m fly, according to the start lists.

wow – all finalists breaking 48 and medalists 47.5 this summer is almost certain

Vicious turn and underwater by the way.

He is not even big! Impressively “small” for a 100 free specialist of his caliber.

Yes, swimming talent counts both for Scott and Grinev, other not-muscular 100 freer.
And Brazilian Breno Correia and Spajari are other two in this category, like Australian Cartwright.
And what about the most incredible of all these performances: the 50.37 swum by 14 year-old Whitley?

Just an observation but I think he could be a little faster if reached out a little more on each stroke. I feel like he’s just a little to choppy and missing out on some water. Otherwise great swim.

I notice the same kind of thing. His swimming looked the best in the last 10m when he switched to straight arm. Obviously he doesn’t need to do the whole race like that but if he could open up a bit more he’d be way more efficient

Wow, guess he never though of that

Stroke length can certainly be improved for 47.0

He may enter short but fully extends the arm when it’s under the water. If you’ve ever watched his stroke underwater it’s absolutely beautiful, and his kick is an outboard motor. His feet are bigger than my future!

You need to see him live and not on a live stream, it doesn’t do him any justice. His hands enter early and then he extends quickly before catching! A very impressive front crawl technique! Also, Scott and McLay switching to straight arm last 5m nut not McLean.

what a beautiful stroke. His kick tempo is absolutely vicious.

Beautiful Stroke? Clearly it works for him but he doesn’t look like he’s getting much reach at all he looks very short