A View From the Inside: Desantis Thinks After Danish Short Course Nationals 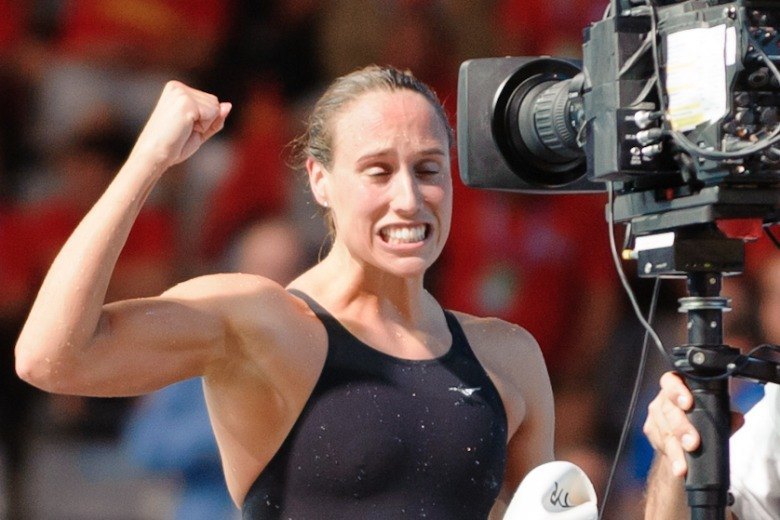 There is lots of attention in Europe focused on Denmark right now. Chris DeSantis looks at how they're handling it. Archive photo via Victor Puig

Chris DeSantis, a former coach at Georgia Tech, is now coaching in Denmark. Every once in a while, his 30-hour work week affords him the freedom to put a few words down in pixels and periods, and he was inspired to do some reflecting after this past weekend’s Danish Short Course National Championship meet.

“It’s a nice level, but still plenty of work to be done”. Those were the words of Danish National Team coach Nick Juba as he stood on deck midway through the Danish Short Course Championships this past weekend. It was by far the most competitive qualifier in recent memory, buoyed by very achievable time standards due to hosting the coming European Short Course Championships in Herning. In all 24 swimmers were selected and far more than just the usual faces are poised to move beyond the preliminary heats this December.

It would be easy for outsiders to look at Danish swimming as sitting on top of a peak, perhaps even ever so slightly on the downslope. There is, of course, a chance they can improve on last year’s banner year, where they finished 3rd at the medal count for World Short Course (and won a relay) followed by four medals in Barcelona. Odds say that with all of those medalists averaging 25 years of age their prime is almost spent.

That’s a rather pessimistic view. On the contrary, it’s possible to view this as just another stopping point on the way up for Danish swimming. You see, Denmark didn’t arrive as a little swimming overachiever overnight. Their current results are a progression of nearly the last decade, from the moment that they turned outwards to Mark Regan as their national team coach, through the Paulus Wildeboer era to the present day. The journey was painful for many, not withstanding many bruised egos at the hands of those two former National Team Coaches. Wildeboer in particular couldn’t help himself from periodically throwing verbal thunderbolts from the Mount Olympus he fancied on.

The current administration, with the top position having been split into a National Team Coach (Juba) and a National Training Center coach (Shannon Rollason) is certainly a lot friendlier. They also seem no less determined to push the level further. If the bruising last decade accomplished anything it’s that Danish coaches, in a society notoriously unfriendly to foreigners, seem a little bit more welcoming to the new friendly breed of foreign coaches and eager to push their own level forward.

Throughout Denmark there is optimism that an even higher level can be reached. Still, true optimism involves both belief and a realistic visualization of all of the challenges that need to be overcome. In Denmark, there is still plenty to get in the way, and often the biggest “problems” are also entangled with the greatest strengths.

Likewise, Danish Swimming has some of the best public swimming facilities in the world. A country of 5.5 million people has 15-20 50m pools. However, the “public” nature of these facilities mean that there is very limited pool time and space available for competitive swimming. At the aforementioned National Championships, the competitors arriving the day before meet start for a warmup were greeted with six out of a possible sixteen available lanes to do so in. While 200 athletes crammed into this tiny space to prepare, sparsely twenty bodies occupied the remainder of the pool. And while the number of pools and long course facilities is on the surface impressive, beneath lies many decaying or obsolete structures. Even the country’s recently complicated flagship “new pool” in Bellahøj was built short of a true international standard.

Lastly, Denmark remains a country with an interest in fitness but some funny attitudes about competing. Often rated as the “happiest country in the world”, it would be better to list them as the “least anxious”. Average Danes aren’t confronted with as much inequality as their American counterparts, which means they spend far less time worrying about keeping up. There is simply far less of the competitiveness that is so embedded in all aspects of American culture. Sport, where the results ultimately come down to “X swimmer” was better than “Y swimmer”, injects some anxiety into an otherwise sheltered life.

So when you see the great Danish women (Ottesen, Friis, Nielsen and Pedersen) and their underrated men (most notably the young Viktor Bromer) haul in some medals in the coming weeks, remember this is where they came from, and this is the journey they have been on. There is still plenty of work to be done.

Why international success only on the women’s side?
Do all Danish men prefer to play soccer, handball or badminton?

Where are results from this meet?

Swammer – Jeff Grace is working on a full report, that should be up shortly. Thanks!

ummm… after I read the part where it said “30 hour work week” I threw up and could not finish the rest of the article. If you could move that part where you rub the “Chris’s new job is like a European vacation where he works less in a week than you silly American coaches do in two days” in our faces to the end of the article it might make your stuff easier to read. Thanks, buddy.

and by the way, you owe me a new keyboard.

Yep, it’s definitely just 30 hours- that’s why my post volume has been so robust.

While waiting for Mr Grace’s report you can find raw results at http://livetiming.dk/results.php?cid=1585&session=0&all=1

Lotte Friis will stay in Baltimore until 2016. It’s good for her.
I know I always repeat the same things but it’s weird for me to think that Bob Bowman, very often US team’s coach, will train at the same time Yannick Agnel who is the most important card of the French relays and Lotte Friis who is the main rival of Katie Ledecky. If I’m in the shoes of an American fan, I can say Mr Bowman’s job now is to make these 2 swimmers better. And if they are better, it’s not good for the US team. Other people will respond Agnel will make Dwyer better and it’s also true. Interesting debate.