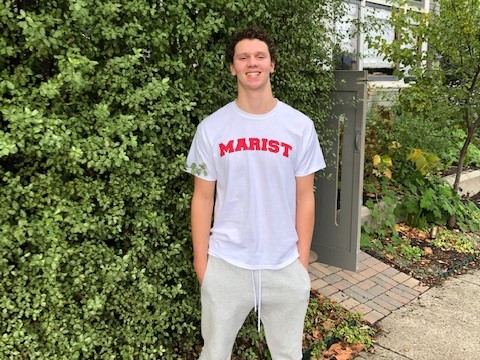 Conable's commitment to Marist will add mid-distance depth to a team entering the 21-22 season sans coach Larry VanWagner for the first time in 45 years. Current photo via James Conable

James Conable from Alameda, a suburb outside of Oakland, CA, has committed to swim for Marist College in upstate New York for the 2021 season. When not representing the Alameda Gators in club swimming, he swims for Encinal High School, also located in Alameda.

While the pandemic canceled the 2020 edition of California’s high school championship seasons, Conable was Encinal’s sole qualifier for the CIF North Coast Section Championships in both 2019 and 2018 from the men’s team. For his freshman campaign, he qualified in the 500 free but did not make finals, although he sliced three seconds off his previous best at that meet.

In club competition, Conable is a two-time sectionals qualifier in a variety of events, including both IM’s and the 100, 200, and 500 free. His latest outing was in February of 2020 at the Speedo Sectionals in Carlsbad, where he went a lifetime best in the 200 free by two seconds and was just off his bests in the rest of his swims.

He primarily projects as a mid-distance talent in the 400 IM and 500 Free, which is accompanied by a stellar 200 IM. This will be key for Marist in their upcoming seasons, as they lost their top athlete in the 500 free last season and will lose their 2nd-best athlete in the 200 IM after this season. Despite the losses, Conable will join a strong mid-distance group as a freshman, which will consist of three seniors all under 4:40, and one at 4:32.

Conable committed to Marist about a month prior to head coach Larry VanWagner announcing retirement after the 2021 season. Currently, it is uncertain who will be replacing him for the coming seasons.

He is the first commit for the Red Fox men in the Class of 2025 so far, although the women’s team has picked up 3 recruits.