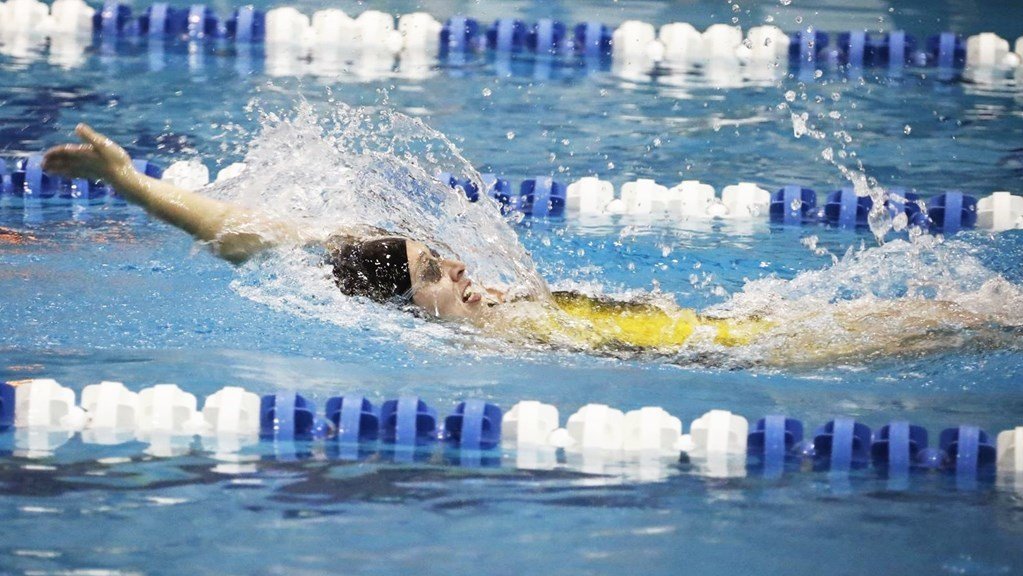 The Vanderbilt swim team kicked off its 2019 season with a win, taking down Marshall, 148-113, on Saturday. Current photo via Vanderbilt Athletics

The Dores opened the meet competing in the 200-yard medley relay with Vandy A relay Johanna Goldblatt, Hannah Hunt, Tonner DeBeer and Abby Burke, earning first place with a time of 1:45.79.

Maintaining momentum for the Commodores, freestyle stand-out Lara Hernandez-Tome took the pool to compete in the 1000 freestyle to finish the race in first with a time of 10:33.66.

Head coach Jeremy Organ was proud of the pace Hernandez-Tome set for the Dores early in the meet.

“Great start to the meet by Lara, winning the 1000 free then, in a quick turnaround, swimming a gritty 200 fly for second place,” said Organ.

Clinching her second podium finish of the day, the sophomore finished right on the heels of fellow sophomore Brooke Ellis, earning a time of 2:10.32 in the 200 fly.

In the 100 backstroke, senior Johanna Goldblatt dominated the pool with a time of 56.92 for first place in the event. Entering her final stretch as a Vanderbilt Commodore, the senior also competed in the 100 freestyle where she placed second with a time of 54.19.

“It was great being able to compete again after almost two months of training without a meet. All the hard work we put in over winter break definitely showed today. It’s crazy to think these are some of my last races as a Commodore, but I’m motivated more than ever to represent the team well and close out a great career at Vanderbilt,” said Goldblatt.

Competing in only her sixth meet as a Dore, freshman Abby Burke added two more first-place finishes to her strong Commodore debut season, placing first in both the 200 freestyle (1:54.49) and the 500 freestyle (5:05.44). Burke also competed on both Vanderbilt A relays, contributing to two first-place victories for the Commodores.

Overall, Organ saw strong things from his team but still feels there is room for improvement leading into the remainder of the 2019 season.

The Dores will take the pool again in two weeks traveling to College Station, Texas to take on No. 6-ranked Texas A&M.

HUNTINGTON, W.Va. – Marshall’s Swimming and Diving program dropped a close dual meet to the SEC’s Vanderbilt University on Saturday by the score of 148-113.

The Herd had an impressive first day back after time off from competition, earning a total of six first-place finishes.

“We approached this meet focusing on swimming for each other. We had a couple out with injuries and that forced a few of us into some tough doubles,” said Marshall head coach Ian Walsh. “This time of the year is always a challenge coming off training trip having not competed in over a month.”

“The group is looking forward to next week as we celebrate our seniors in our final dual meet of the year.”

Marshall will return to the Frederick A. Fitch Natatorium next Saturday to face Cleveland State University.