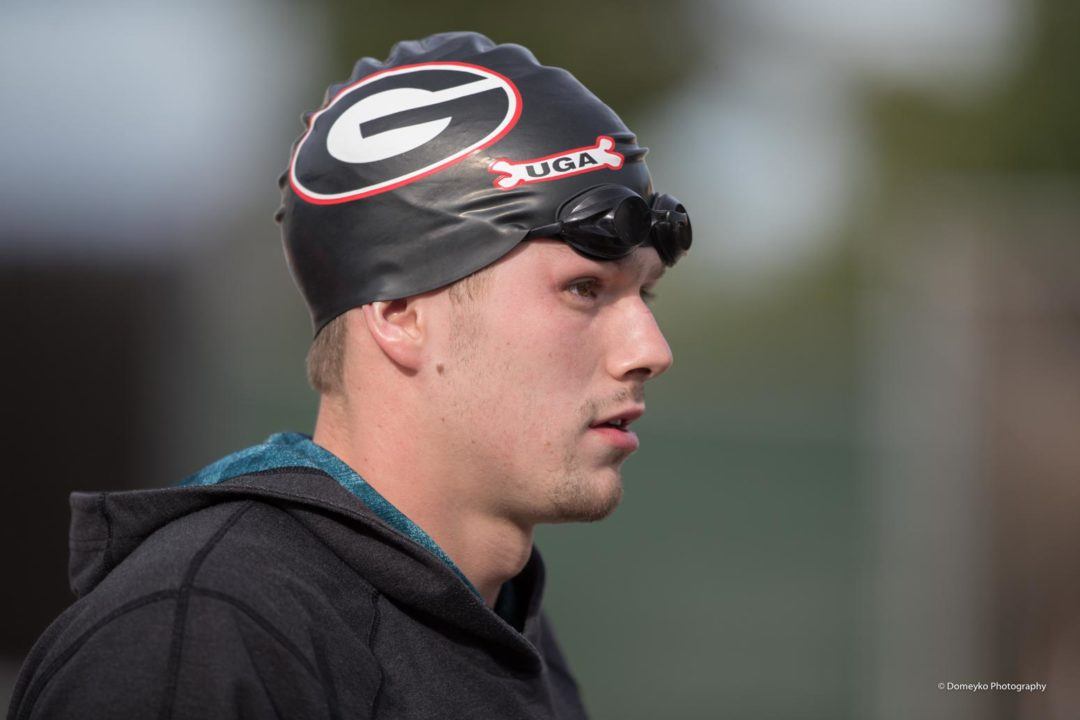 After earning a $1,250 check for swimming a 50 breast in a mixed medley relay on Friday night, Nic Fink earned another $1,500 for another 50 breaststroke, this time in the individual event final.

That’s not quite Fink’s best time – he swam 27.18 at Nationals this summer that ranks him as the 9th-best American ever – but it’s his fastest in-season swim. He swam very well in this event, 27.44, at last year’s season-opening PSS stop in Austin.

Fink’s big summer taper meet this year is the Pan American Games. There he’ll actually swim the 200 breaststroke as his lone individual entry. He’s the 7th-fastest performer in US history in the 200 breast and represented the United States in that event at the 2017 World Championships. He was 2nd in the event, behind Josh Prenot, earlier this week.

Thats not a picture of Nick Fink though

This isn’t a picture of Nic Fink. That is Vini Lanza lol