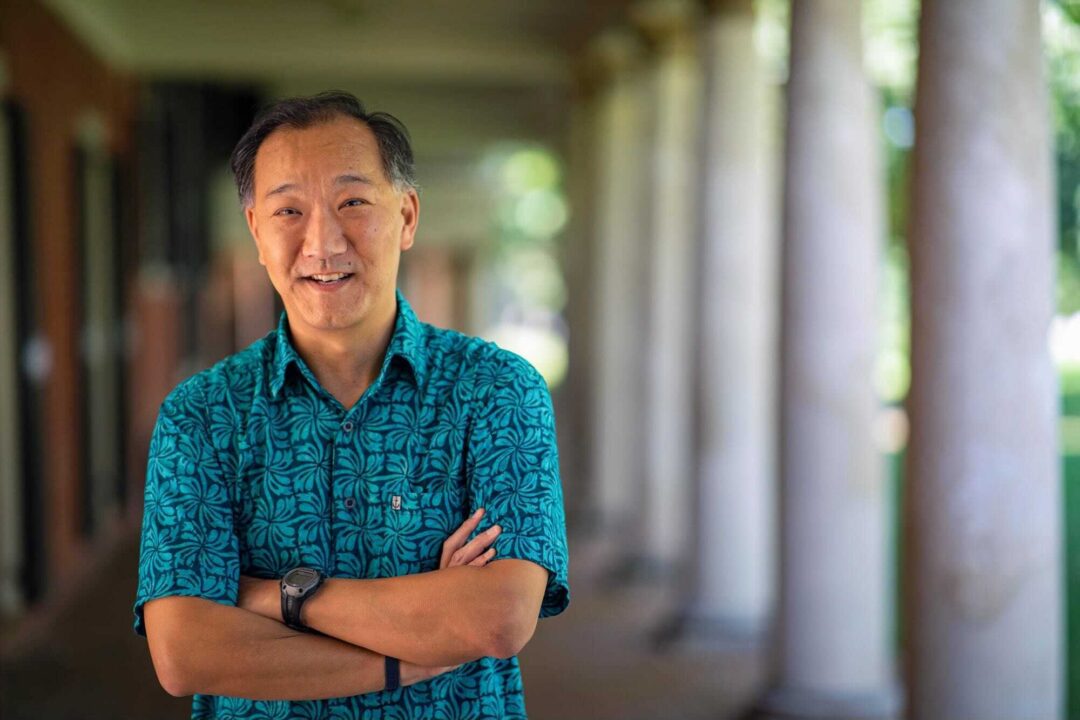 The ad, titled “The World’s Most Debated Math Problem”, begins with Ono listing his accomplishments in mathematics. Ono is then asked a new math problem, which the ad claims is the “world’s most debated math problem”: what number is smaller, 80 or 64? A bemused Ono answers “64”, and the ad triumphantly declares that Miller has proof that 64 is less than 80. Miller64 is a competitor to Bud Light NEXT, which has 80 calories.

This was not Ono’s first time in front of a camera. The math professor has his own IMDB page, and his credits include a producer role for the film “The Man Who Knew Infinity”, as well as several appearances on shows on the History Channel and National Geographic.

Ono also works with UVA swimming, after being recommended to Todd DeSorbo by Russell Mark. In his work with the swim team, Ono uses sensors and cameras to record data and then “graphs the swimmer’s acceleration and the g-forces acting against them and compares it to the efforts of some of the many world-class and Olympic athletes he’s worked with to identify opportunities for improvement and optimization”.

Coach DeSorbo said of Ono’s work that, “A lot of coaches are overwhelmed with the amount of data that we get. You get it, but you don’t always know how to translate it into what we’re doing in the water. The best thing about Dr. Ono is that he has enough awareness of the sport to be able to explain the data in a way that we can apply it.”

Olympic medalist Paige Madden said that Ono’s work with UVA swimming is having a “huge impact”, and that Ono “is inspiring”.

The Miller64 ad will play in the run-up to the Super Bowl, but will not air during the actual game.

Dr. Ono started this work with Andrew Wilson when both were at Emory. Super nice guy too. The UVA team is lucky to have him.

Swimming world magazine made an amazing article on him a while back!

This is very cool.

This guy is very smart.

@Coleman pls get on this with a podcast with professor Ono and desorbo. Us swim science and math nerds need this content. If they will share! It’s purely anecdotal and I don’t have stats but there is a high proportion of us swammers in medicine/science/math.

They should get Barry to co-host

His son swam at Emory in Atlanta a few years ago and was pretty good!

If by pretty good you mean NCAA 100back champion then yes