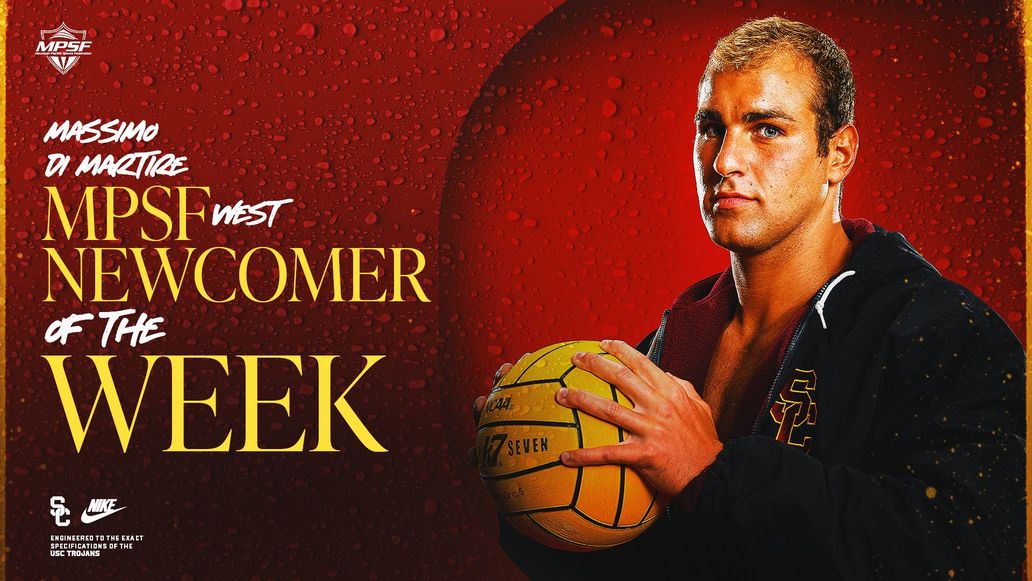 For the third week in a row, a Trojan has won the MPSF’s weekly honor. Current photo via USC Athletics

USC’s Massimo Di Martire has secured his second selection — and third straight by a Trojan — for MPSF West Newcomer of the Week. The grad student was USC’s top scorer with 11 goals at the MPSF Invitational as he continues to lead the Trojans in scoring, now with 32 goals on the year.

Di Martire scored in all four games at the Invite, topping out with four goals in a 13-12 semifinal loss to No. 2 UCLA, where he also had an assist and two steals. Di Martire opened the event with three goals and a steal in USC’s 17-8 win over No. 16 Fordham, followed by two goals, three assists, two blocks and a steal against No. 6 UC Davis to take a place in the semis with an 11-9 win. In the third-place game vs. No. 1 Cal, Di Martire scored twice and had a block and a steal in USC’s 11-10 loss.

This is Di Martire’s second selection as MPSF Newcomer of the Week, with his first coming on Sept. 12. Teammate Eric Hubner followed with his win of the award last week, making this week’s pick for Di Martire the third straight for the Trojans.

USC has two games on tap this week, visiting UC Santa Barbara for a 12 p.m. clash on Friday (Sept. 30) before returning to home waters on Sunday (Oct. 2) to face UC Irvine at 12 p.m. at Uytengsu Aquatics Center.