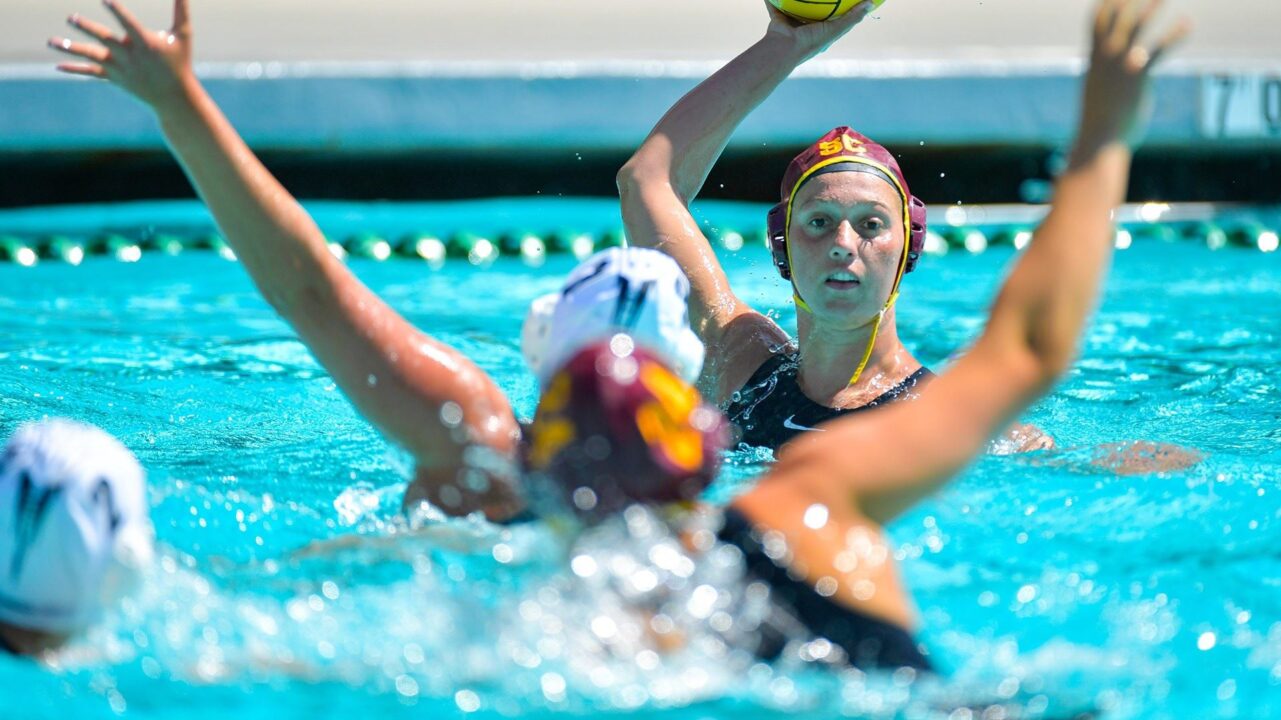 Three things are nearly certain at the state of a new season – death, taxes and USC standing among the top-ranked teams in women’s collegiate water polo. Archive photo via John McGillen

Siena WP Head Coach Alex Williams announced the team’s 2022 schedule, which includes a return to a full slate of action for the first time in three seasons.

Following a 2021 season in which the Division III rankings were cut to five teams with the CWPA and CWPA Division III polls standing at four and five teams, respectively, a full allotment of varsity programs are slated to compete in 2022.  The national polls return to their normal numbers with adjustments possible if the number of teams diminishes due to the COVID-19 pandemic.

Pomona-Pitzer Colleges will open the new season as the top-ranked team in Division III, while the University of Michigan and Austin College retain their top billing in the CWPA Top Five and CWPA Division III Top Five Polls after claiming championships in 2021.

Three things are nearly certain at the state of a new season – death, taxes and the University of Southern California stands among the top-ranked teams in women’s collegiate water polo.

The 2022 season will begin true to this saying as the Trojans – who claimed the 2021 National Collegiate Athletic Association (NCAA) Championship – will open the year as the top-ranked program in the Women’s Varsity Top 25 Preseason Poll.

Following a 2021 season in which half of the programs did not compete due to the COVID-19 pandemic, Pomona-Pitzer Colleges returns to the women’s ranks to rate at No. 1 in the 2022 Women’s Varsity Division III Preseason Top 10 Poll.

Due to the number of teams competing, the Division III Top 10 poll was cut down to five teams to maintain proportionality between the number of competing programs and national ranking size.

However, a New Year and fresh season brings a return to the more inclusive Top 10 Poll with the Saghens (98 points) returning to the water with a preseason No. 1 ranking.

Five-time defending Collegiate Water Polo Association (CWPA) Champion the University of Michigan will aim to make it six in a row in 2022 as the as the Wolverines once again lead the league rankings by topping the 2022 CWPA Division I Preseason Top Five Poll.

Harvard (88 points) rates at No. 3 with Bucknell University (82 points) and Brown (52 points) rounding out the Top Five.

The ‘Roos (100 points) open the season as a unanimous No. 1 pick.  Austin, which downed Wittenberg University to claim the program’s inaugural league championship last year, holds a five-point lead over the Tigers (95 points) in the early rankings.