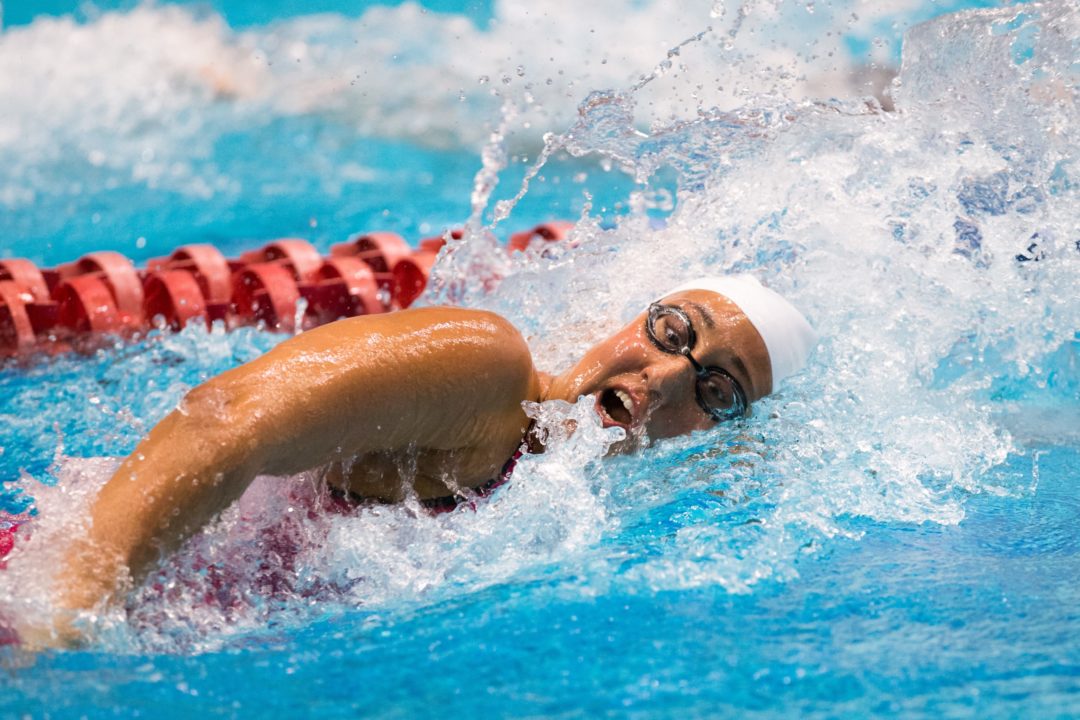 Andi Murez adds another gold to team USA's collection with her record-breaking swim in the 200m freestyle. (Photo: Tim Binning/TheSwimPictures.com)

After an exciting first day of the Maccabiah Games, the second day did not disappoint. Not only have the athletes been growing in their culture, they’ve been dominating their swims.

In the women’s 200m freestyle, Stanford swimmer Andi Murez blew the race out of the water, going a 2:00.63. Not only did she bring home gold, ahead of Israel’s Martina Marks (2:04.50) and Efrat Rotszhtejn (2:05.52), Murez has added a meet record to her list of accomplishments at these games.

Shortly after Murez’s swim, the USA returned to the pool in the girl’s 13-16 200m freestyle. The girls came into this race and would settle for no less than a medal, leaving the top three finishers all from the USA. Top finisher Isabella Goldsmith touched in at 2:03.51, adding yet another victory AND a new meet record to her list, while 16-year-old Charlotte Rosenberg will be bringing a silver medal back to her hometown of Chicago (2:06.44). Morgan Smith took bronze in this event, not far behind Rosenberg, (2:06.59).

Israel swept the board in the men’s 200m freestyle, with Alexei Konovalov (1:51.34) adding a gold to his bronze from last night.

Team USA came back for another victory in the men’s 14-16 200m freestyle, though, with swimmer Judson Howard leading Israel’s Rotem David and Daniel Namir by almost two-seconds. Howard was out in 1:57.45, while David and Namir were 1:59.52 and 2:00.38, respectively.