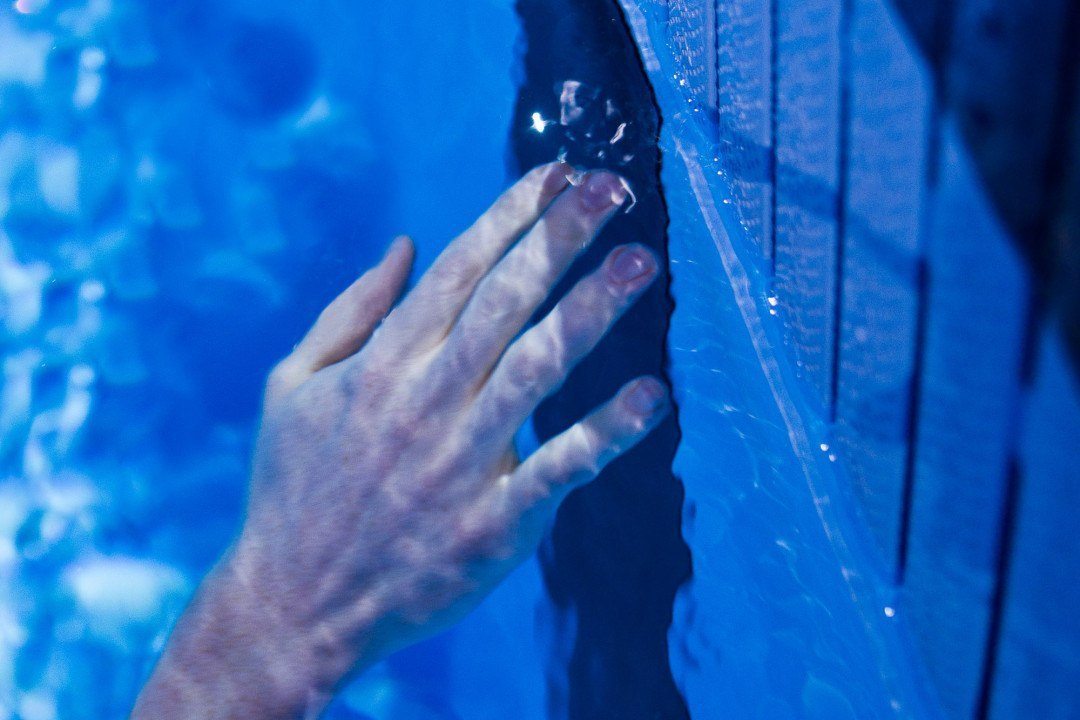 On the final night of the UNYSCSA Championships, a few more records fell, and the Stevens men and Ithaca women claimed the overall leads, culminating in a victory. On the men's side, the runners up in point totals were Ithaca. For the women, it was Stevens. Current photo via Tim Binning/TheSwimPictures.com

On the final night of the UNYSCSA Championships, a few more records fell, and the Stevens men and Ithaca women claimed the overall leads, culminating in a victory. On the men’s side, the runners up in point totals were Ithaca. For the women, it was Stevens.

To start the night, Luke Grunewald of Hartwick who finished runner up in this race last year, posted the sole sub 16 minute mile to win the event and collect 32 points for his team. Grunewald’s 15:59.64 was just over five seconds ahead of runner up Matthew Hellauer (Union) who was seventh in this race last year; this year he completed the event in 16:04.65. Also of Union, Adam Herzog took third in 16:09.15.

After a seventh place finish in the event last year, Stevens sophomore Tomasz Wolinski stepped up his game to take home the gold in the men’s 100 freestyle. His finals time was just a hair slower than his prelims swim, but still fast enough to beat out Peter Knight (Ithaca) to the wall. Wolinski’s final time was 45.45. Knight finished in runner up position with a 45.47. Third was Alfred’s Dave Coombes.

Last year in the 200 backstroke, Ravi Sun led a 1-2-3 sweep of the Ducks. This year, he successfully defended his title as the fastest 200 backstroker in UNYSCSA, but runner up and third went to different teams. Sun’s final time was a 1:49.35. In second was Al Catano of Clarkson (1:49.77) and rounding out the top three with a 1:50.80 was Andrew Welch of Union, who was seventh in the event the previous year. All three swims were under the NCAA B cut time, and Sun’s time was also under the 2013 selected time.

With the absence of Simas Jarasunas, someone from Stevens had to step up to claim the 200 breaststroke title. It turned out to be Dane Pilcher who came from behind to run down Ithaca’s James Bowe and take the win. Pilcher’s final 50 was a 33.23, and his time was a 2:06.12. Bowe finished with a 2:06.54. A freshman from RPI, Matt Schlehr finished third at 2:07.27. In the B final, fourth seeded Brian Polo of RPI dropped almost four seconds to win the B final with a 2:10.10.

To close out the night, Steven’s 400 freestyle relay put together something special, to break the Championship record time established last year in 3:02.52. The squad of Wolinski, Nick Noga, Joshua Lefeber and Shawn Hanak teamed up to produce a 3:01.49, going under the Championship record and just .05 shy of the Association record. Hot on their heels was Ithaca’s relay, finished second with a 3:02.86. Alfred was third in 3:04.43.

The final scores are as follows:

In the women’s meet, a freshman standout from Nazareth upstaged both last year’s defending champion and the runner up to claim the mile crown. Cameron Hess posted a 17.22:65 to decisively win the women’s 1650 by over eight seconds. In second – and runner up from last year – was Anne Trojanowski who touched in with a 17:30.96 as Hess’ closest rival. Defending champion Elizabeth Heinbach finished third with a 17:36.22; last year her winning time was a 17:13.46. The three top finishers were all under the NCAA B cut standard in the event.

The next event of the night was the 100 freestyle, and April Lawson of Stevens fixed her claim on it after having been third the previous year. Lawson’s 52.38 was three tenths ahead of Ithaca freshman Lake Duffy who finished in 52.68 for runner up. Nazareth sported yet another competitor in the top three with Emily Sauter who sprinted home like a wild thing to just miss out on runner up; she finished .01 behind Duffy in 52.69. Swimming in an outside lane in the B final, Cassie Papaleo of Ithaca dropped nearly a second and a half to win the B final with a 53.44.

Grace Ayer has been making wakes all meet as the freshman from Ithaca, and she was at it again tonight with her victory in the 200 backstroke. Ayer finished in a 2:03.49 after dropping over three seconds from prelims; her time is about half a second off the 2009 record set by Mary Kate Baumann of Union (2:03.06). In second also of Ithaca was teammate Kylie Bangs (2:03.87) and Union freshman Christina Belforti (2:03.92). All three top qualifiers were under the NCAA B provisional standard.

Brittany Geyer claimed her second breaststroke title for Stevens tonight with a 2:19.72 in her 200 breaststroke to win finals. She was runner up in the event last year, and this year has made an NCAA B cut. In addition, she rests right on the edge of the time that was invited to the NCAA meet in 2013 (2:19.68). Finishing second in the heat (and also under the B cut standard) was Hartwick senior Clare Nelson (2:22.14). Rounding otu the top three was Union senior Rachel Clegg (2:25.26). In the C final, Hanna Prendeville of Hartwick dropped five seconds and posted a 2:31.43 to claim the win. That time would have landed her 13th in the B final, or displaced the 8th place finisher in the A final.

Women’s diving saw more championship records fall. The Ithaca trio of Nickie Griesemer, Emily Warfle and Heather Marcus went 1-2-3 on the three meter, with Griesemer and Warfle both going over the point record scored by Korie Fackler of Ithaca last year (494.50). Griesemer crushed that mark with her score of 541.00. In second, teammate Warfle also came in over the record with a 508.00. Markus was just shy of doing the same with a 493.75 point tally.

To close out the night, the Stevens quartet of Lawson, Nicole Miller, Jenn Rutledge and Danielle Caruso put together a killer 400 freestyle relay and posted a 3:30.42 to claim the win in the relay. Stevens was the defending champs of the event. In second was Ithaca finishing with a 3:31.37. Union took third in 3:35.32.