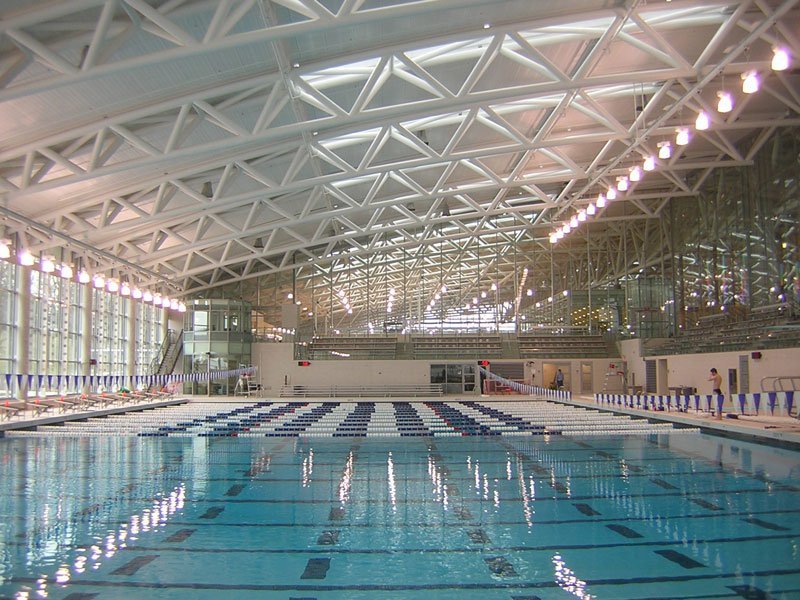 This Saturday, the North Coast Athletic Conference swimming and diving programs opened the season with the annual Swimming and Diving relays. The swimming portion was contested at the Kenyon Athletic Center in Gambier, Ohio while the diving relays took place at Denison University in Granville, Ohio. Many of the contested events are not “real” relays and are seen only at the Relay meet, including the 4x50s of stroke, the 500 creshendo relay (50-100-150-200) and the 4×100 IM relays.

Note: many relays were swum exhibition, and only the fastest relay for each team scored points. The top three listed here are the top three point scoring relays.

Denison headed up the victory on the men’s side of things (164), with Kenyon second (128) and Ohio Northern registering third (108) out of eight teams.

The Kenyon Lords claimed first in the 200 medley relay – one of the Relay Meet’s “real” events, giving a glimpse into what we might expect from the coming season. The team of Oscar Anderson, Trevor Manz, Jon Zimdars and Austin Pu snagged the win with nearly a second lead, touching in at 1:33.83. Denison‘s A team took second (1:34.91) with Ohio Northern taking third place points (1:37.70). Notable splits include Manz’ 25.79 breast split, P.J. Desmet (DU) splitting a 24.15 lead off and a whole host of 22 fly splits.

The 4×100 IM relay is the kind of drop-dead  sprint event everyone loves to watch. The Denison quartet of Wang, Lindell, Ryan Stevenson and Hohm teamed up and used that energy to take down the meet relay with a 3:31.76 effort. Second was Kenyon (3:32.16) with third place points going to Ohio Northern (3:45.54). Reardon (KC) had the fastest split out of the field with a 51.70 on his leg of the relay. The next fastest was Lindell (DU) with a 52.30.

On the women’s end, Kenyon and Denison tied for first (160) and the College of Wooster came in third (82) out of eight teams.

The Kenyon Ladies got the meet started off with a bang, taking first with a new meet record in the 200 medley relay, one of the events contested that will appear in the regular season. The team of Summer Otazu, Julia Wilson, Hollie Hopf and Hannah Orbach-Mandel posted a 1:45.14 to narrowly defeat Denison‘s runner up squad (1:45.39). Ohio Wesleyan took third place points (1:54.87). Notable splits include a 28.81 breaststroke split out of KT Kustritz (DU), a 24.95 fly split from Carolyn Kane (DU) and Orbach-Mandel’s anchoring 23.22 split that secured the win for the Ladies.

Big Red struck back with some backstroke depth on the next relay – a 4×50 backstroke race, with the quartet of Casey Kirby, Angela Le, Jacquie Kurkjian and Kane snatching the victory and setting a new meet record as well in 1:44.92. Kenyon finished second (1:44.92) and Ohio Wesleyan took third place points (1:46.01). Notable splits include Kurkjian (25.93) and Kane (25.59), the only two women under the 26 second mark on any leg of the race.

In the 4×50 breaststroke relay, the Kenyon quartet of Laura Duncan, Sophia Kuvan, Ellie Crawford and Wilson set another record, touching in at 2:02.30 for the victory. Denison‘s squad finished second (2:02.73) and Ohio Northern took third place points (2:12.46). Denison‘s Kustritz threw another 28 breaststroke split out – this time a 28.58. The Big Red team led through the 150 mark, until Wilson’s anchor leg 29.52 came from behind to speed the Kenyon Ladies to the wall. The only other swimmer close to cracking the 30 second mark was Duncan, leading off for the Ladies with a 30.15 – give her a good relay start and she’ll be under as well.

In the crescendo relay, the Ladies continued breaking records, putting up a 4:31.92 for victory. The quartet of Princess Ferguson-Nguyen, Abby Wilson, Kendall Vanderhoof and Orbach-Mandel crushed the competition by over four seconds, bolstered primarily by Orbach-Mandel’s commanding final 200 yards. The splits go a little something like this: 24.80, 52.31, 1:24.82, 1:50.05. Yeah, there was a relay start…but that’s still somewhere around the sixth fastest 200 freestyle done so far this season. Denison touched the wall second in 4:36.14 and third place points went to Oberlin (4:50.07).

The 4×50 butterfly relay put the Ladies’ speed on display again, with the team of Hopf, Kanchi Desair, Otazu and Orbach-Mandel snatching up another first and setting another meet record: 1:44.41. Denison took second place points (1:47.95) with Wooster grabbing the points for third (1:52.82). Splits of note include Hopf’s 26.06 leadoff and Orbach-Mandel’s 25.39 anchor leg. It’s worth noting that Kenyon‘s B team touched second, with a few relay legs that could have improved the overall time of the victorious A quartet, including a 26.11 anchor out of breaststroke specialists, Duncan.

The women closed out the session at Kenyon with a 200 freestyle relay, which the Kenyon Ladies cinched up. Orbach-Mandel, Ferguson-Nguyen, Abby Wilson and Zoe Toscos teamed up for a 1:37.13 win. Denison was second (1:37.72) and third place points went to Wooster (1:44.01). At the end of a taxing meet, notable splits include the 24.2 lead off legs from Kane (DU) and Orbach-Mandel (KC).