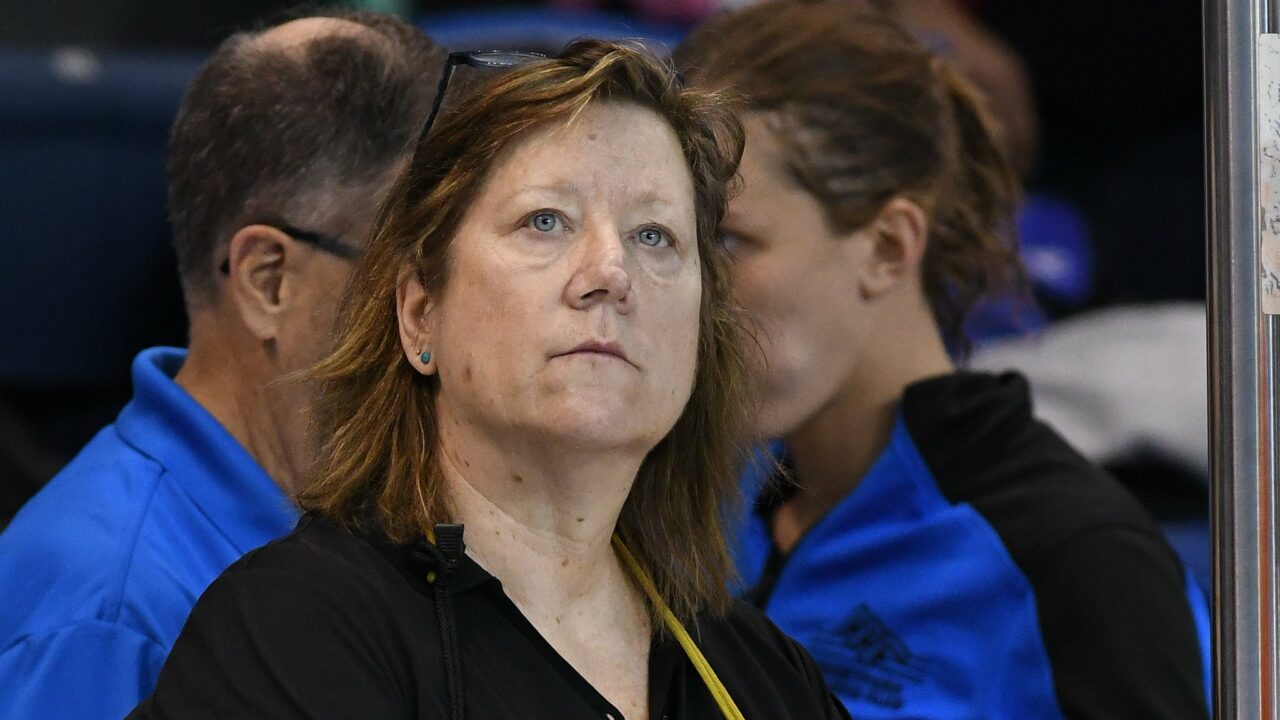 University of Toronto assistant head coach Linda Kiefer is the lone female coach on a staff of 8 who will lead Canada's swimmers to Tokyo. Archive photo via Swimming Canada

Swimming Canada has added Linda Kiefer as the 6th and final assistant coach for the Olympic swimming team ahead of this summer’s Tokyo 2020 Games.

She joins a staff led by head pool coach Martyn Wilby that will lead a 26 athlete team this summer.

Kiefer is the assistant head coach at the University of Toronto, where she has worked for 31 years. That includes coaching Canadian backstroker Kylie Masse to a bronze medal in the 100 backstroke at the 2016 Olympic Games and to a World Record in that event a year later.

Masse is the two-time defending World Champion in the 100 backstroke in long course.

After training resumed last summer amid the COVID-19 pandemic, only national centers were allowed to reopen. That means that for the last 14 months, Masse has trained at the High Performance Center based out of the University of Toronto pool under Ben Titley. Kiefer and Byron MacDonald, who is not on staff, currently coach Gabe Mastromatteo, who is also on this summer’s Olympic Team.

Kiefer is the lone female coach added to a group of 5 male assistants named at the conclusion of the Olympic Trials. Via her joint work with Mastromatteo, she is the only female coach-of-record among the 26 athletes to have qualified for the Olympic Team.

Congratulations, you were great to coach and have proven over the years to be a great coach from New Market All the best!

Does Ryan Mallette have any swimmers or just coming along to babysit?

Not a polite comment tbh. If there are 10 TNC athletes that is alot for Ben on his own so very logical for Ryan for those ratios. Not uncommon to Tom + Steve Price in the 10 to 12 swimmer Pacific Dolphin heydays…

You obviously have no clue, so your comment is a reflection of your jealousy….ugly. Ryan plays a very active role of one of the most successful coaching teams in the world, across multiple strokes/IM and distances.

My apologies to Mr and Mrs Mallette

Thank you for being mature enough to admit you made a mistake.

Kiefer is a much decorated and admired figure in the Canadian swimming community; she’s certainly earned it! However, I’m not sure that she can do much to lift the Canadian swimming squad any higher in their medal count than that of Rio 2016. For Tokyo, I predict 4 medals for the women [individual] and 1 relay medal; on the men’s side, perhaps a couple of finalists.

I think you could be underestimating women’s relays.Canada had the worst lockdowns of anybody.The girls are young and Rusk and Sanchez are coming back from injuries, getting stronger every month.There,s depth.Wondering what Summer can do in a 100 free relay?The men are young and improving but not ready to medal.Women,s medley, you have Masse-back,Macneil-fly,Penny -free and Kelsey Wog ,who might surprise.We,ll see.