SEC Finalist Nik Eberly to Transfer from Auburn to Michigan 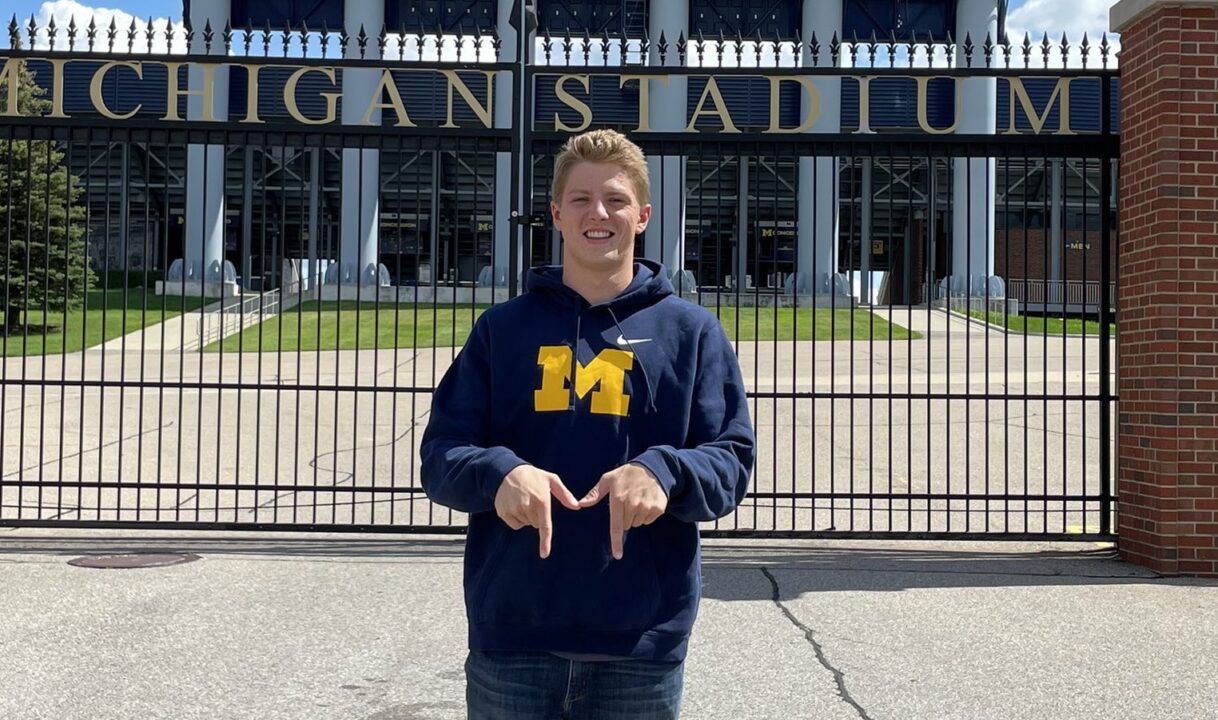 The University of Michigan has received a commitment from Nik Eberly for the 2021-2022 season. He is transferring from Auburn University. Current photo via Nik Eberly

Sprint specialist Nik Eberly has announced that he will move back to his home state and swim for the University of Michigan beginning in the 2021-2022 season. Eberly swam his first two years at Auburn University before deciding to make the move.

Auburn’s head coach Gary Taylor left the program in April after 3 seasons in charge. This move will bring Eberly closer to his home in Dexter, Michigan which is just a few miles from Ann Arbor, where the University of Michigan is located.

Eberly was a 2019 Michigan HS Boys Division 2 State champion. He went a 20.40 in both prelims and finals of the 50 free to take the gold medals. He also picked up a gold medal in the 100 fly (47.79), touching 2.15 seconds ahead of the next swimmer. He led off Dexter High School’s 400 free relay and he swam the fly leg of the 200 medley relay. They touched first and second, respectively.

Eberly is expected to be impactful for the 2021 Big 10 Conference champions. His 50 free and 100 fly times would have placed him in the A-finals at the 2021 meet. He would have been Michigan’s second-fastest flyer during the 2021-2022 season and their fourth-fastest 50 freestyler.

This is a big loss for Auburn. I also find it interesting that he’s leaving now vs. when the coaching change was first announced.

Maybe… but it’s also been a very different team vibe (in & out of the pool) the past few months (and not necessarily in a good way.)

He’s never been the most inclusive team member

I don’t really think this is a fair statement.

yikes…true or not- no need to write this

He’s actually been home, training at Club Wolverine for a bit.

missing home, coaches change so finally had balls to made change, who knows…….

The program he committed to (and with everything that has transpired the past few months) is not what he (or the others) signed up for. He seems to be a hard working and focused athlete.

Agreed… but in this case, the thought of possibly leaving Auburn happened only after the new staff was brought in.

“Only happened when the new staff came in” aka he came for the former staff, meaning Auburn itself wasn’t why he was there. It’s very typical for athletes to go somewhere for a coach or coaches, and leave when they are gone. Don’t put negative energy on a new staff that has been there for less than a month.

1. He had one of his same coaches retained and continue to work with him (Gideon)

2. If he was only there at Auburn for Coach Taylor/his staff, then why didn’t he transfer in April? He gave the new coaching staff (and their culture/environment) a try. It sounds like it wasn’t his cup of tea.

Can’t we just be happy for the kid and wish him well on his next endeavor?

YES! Of course! This is a great pickup for Michigan, and wishing Nik happiness and success.

Then it wouldn’t be a swimswam comment thread and we can’t have that now, can we…