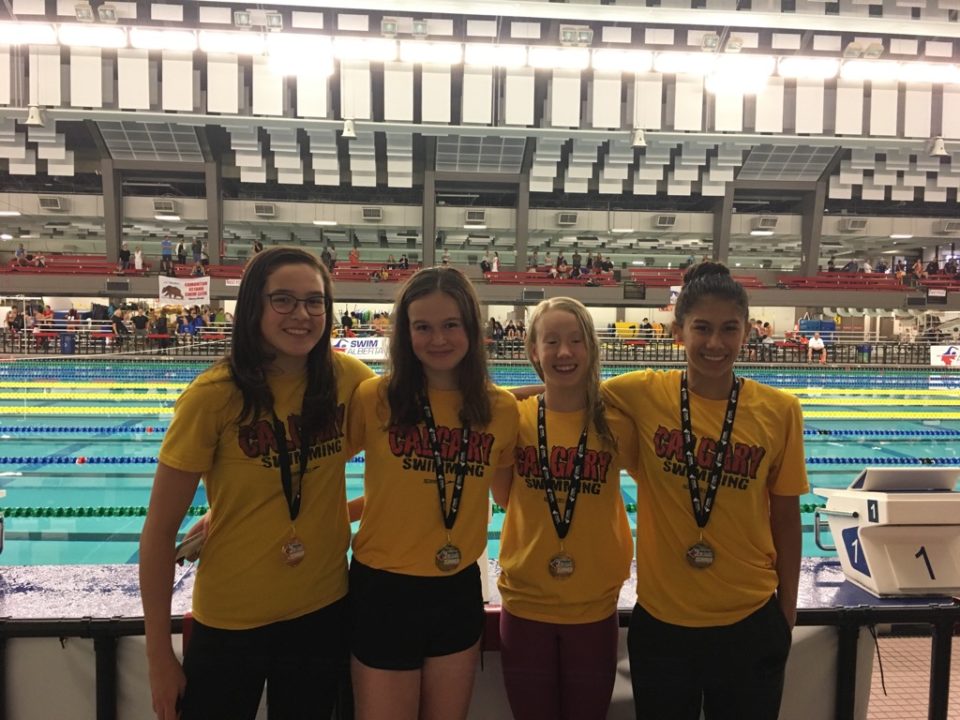 The University of Calgary Swim Club girls set a new Canadian Age Group Record in the 13-14 400 medley relay, putting up a time of 4:20.06. Current photo via Dave Macdonald

After breaking the record in the 200 medley relay just last month, the University of Calgary 13-14 girls set another Canadian National Age Group Record at the Alberta Provincial Championships in Edmonton last weekend.

The quartet of Teagan McKenzie, Alicia L’Archeveque, Kamryn Cannings and Eliza Housman combined for a final time of 4:20.06 in the 400 medley relay, improving on the 4:22.14 set by the Etobicoke Swim Club just a week earlier. These are the same four swimmers who were on the record-setting 200 medley relay.

Prior to Etobicoke setting the record, it had stood for 10 years at 4:23.12, set by the Oakville Aquatic Club at the 2009 Ontario Provincials Championships.

Check out the splits of the three records below:

Compared to Etobicoke’s splits, the breaststroke leg was the key difference maker.

L’Archeveque, Cannings and Housman all split quicker than their individual personal best times in the race, while McKenzie was seven-tenths outside of the 1:05.52 she swam in the individual event at the meet.