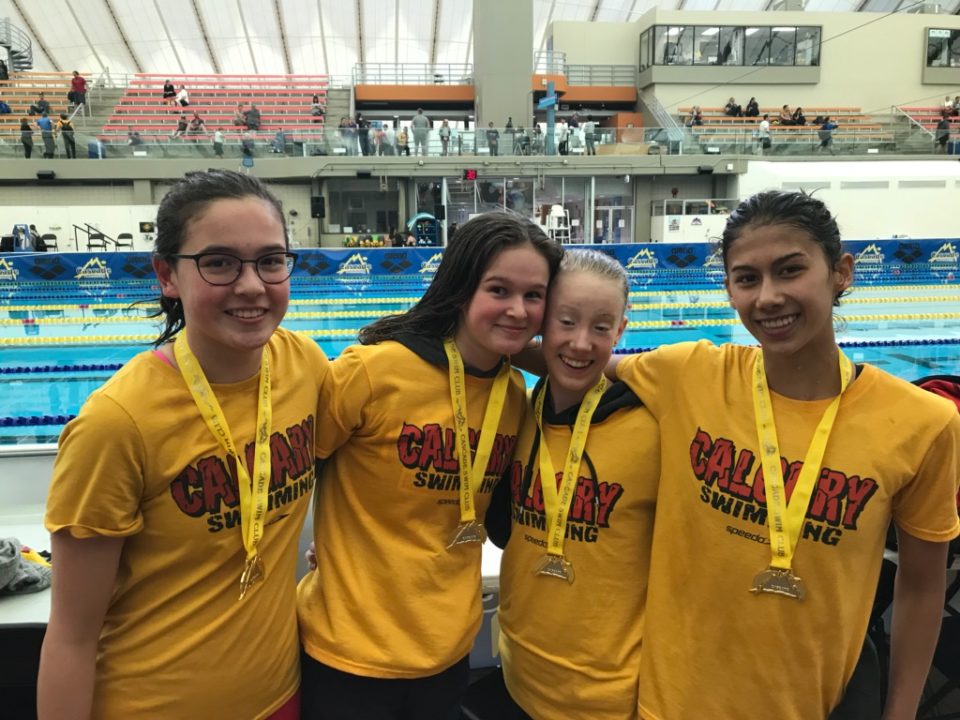 The University of Calgary Swim Club girls broke the Canadian National Age Group Record in the 13-14 200 medley relay competing at the CSI: 2019 meet back on June 9th.

The team of Teagan McKenzie, Alicia L’Archeveque, Kamryn Cannings, and Eliza Housman combined for a time of 1:59.97, lowering the previous mark of 2:00.83 set by the Olympian Swim Club in 2011.

The difference maker compared to the old record came from breaststroker Alicia L’Archeveque, whose 33.35 split was almost two seconds quicker than Annika Kamminga on the 2011 relay.

There is potential for the relay to be even faster, as both McKenzie and Cannings were off of their personal best times. McKenzie has been 30.64 in the 50 back dating back to May of 2018, while Cannings went 28.78 flat-start in the 50 fly in April at the Western Canadian Championships.

That is a great result Everyone should be proud.