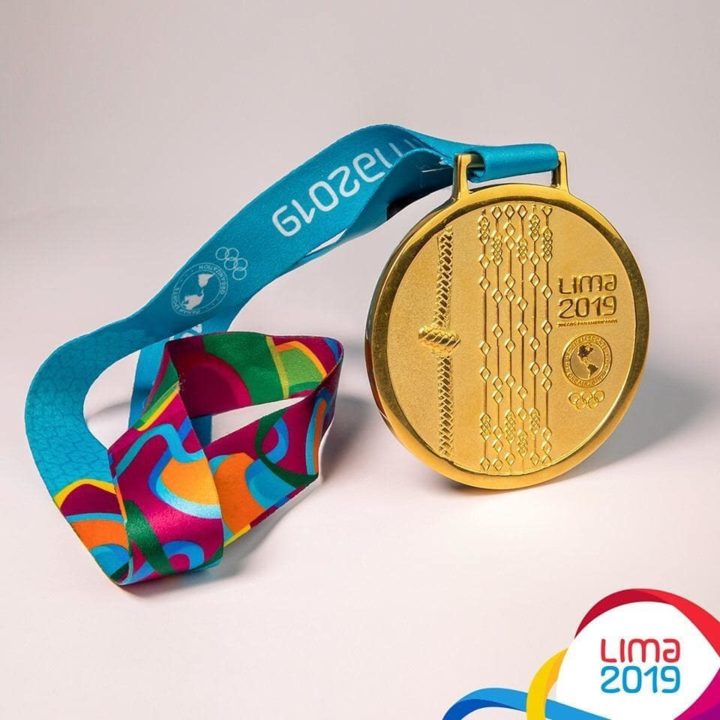 Organizers of the 2019 Pan American Games and ParaPan American Games in Lima, Peru have unveiled the design for the medals that will be handed out to the top finishers 845 events in 46 sports later this month.

The medals were designed by the National Society of Minin, Petroleum and Energy (SNMPE) through the campaign “Minería para todos,” or “everyone’s mining.” The mining and minerals industry is Peru’s most important historically, and it represents nearly 10% of the country’s GDP.

Each medal will weigh about 300 grams (10.5 ounces) and will be 80 millimeters in diameter. Regardless of whether the medal is awarded for gold, silver, or bronze, each will have a base of copper. Peru has the 2nd-largest copper mining industry in the world, behind only neighboring Chile. The gold medals will be coated with 24 karat gold, the silver medals will be coated in 950 silver, and the bronze medals will have a copper exterior.

In total, 4941 medals are being produced: 1582 gold, 1582 silver, and 1777 bronze. There are more bronze produced because some sports don’t adjudicate a 3rd-place match, instead declaring a shared bronze medal.

After the July 26th opening ceremony (though a few sports start before then), the first medals will be given out on July 27th in athletics, bowling, canoeing, artistic gymnastics, modern pentathlon, figure roller skating, shooting, squash, taekwondo, triathlon, and weightlifting.

The Pan American Games include 5 aquatic disciplines (artistic swimming, diving, open water swimming, pool swimming, and water polo), with pool swimming running in the back half of the meet from August 6th-10th.

The events are open to all national member federations of the Pan American Sports Organization, which represents the 41 National Olympic Committees of North America, South America, Central America, and the Caribbean (effectively the western hemisphere, with Iceland and Greenland being the major exceptions). Each are held every 4 years in the year prior to the Olympic Games and Paralympic Games. In 2015, the United States led the medals table at the Pan American Games both in all sports (103 gold, 265 total) and in swimming (12 golds, 32 total). Hosts Canada was 2nd in all sports, while Brazil with 10 golds was 2nd in swimming.

The ParaPan American Games, which include pool swimming, run from August 23rd to September 1st.

Check out the official medals for the Lima 2019 Pan American Games! Who will be the first athlete to claim the gold?…