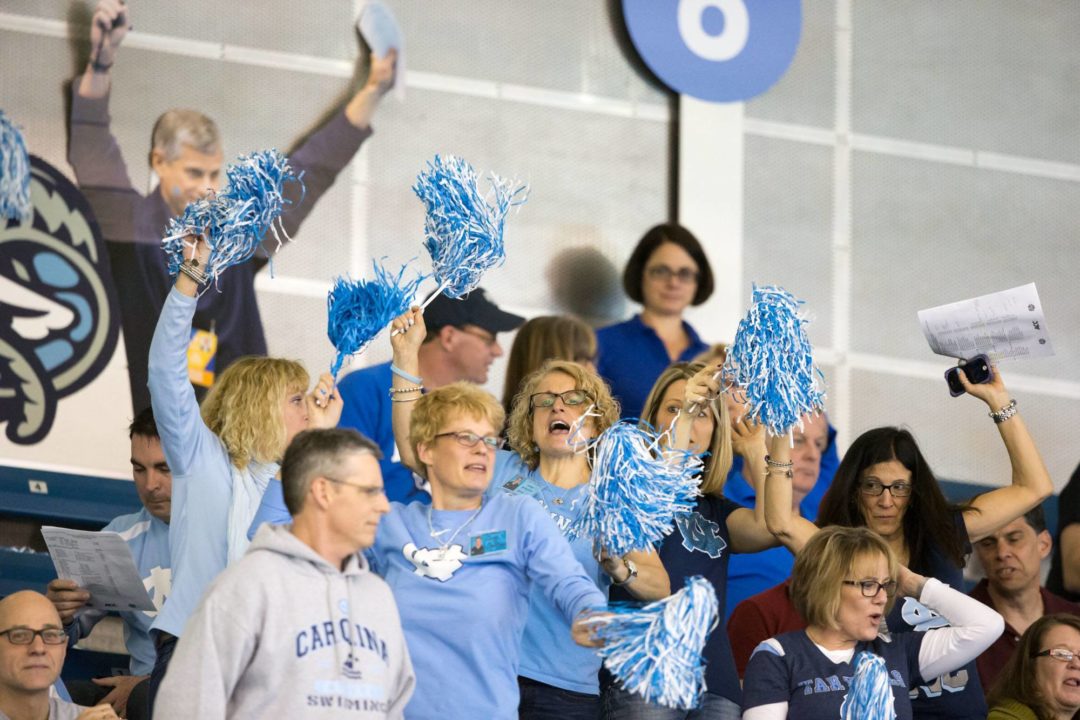 Junior Ben Colley was named Male Swimmer of the Week after winning two individual races and a relay against the Vols. Colley swept the butterfy races with big-time swims of 47.54 and 1:45.67. Those times are a great start for Colley, who leads the entire NCAA with both swims as of now. He also put up a key leg on the 400 free relay that won and iced the team title against Tennessee.

Sophomore Hellen Moffitt was the female winner. She swam and won three individual races as the Lady Tar Heels also topped the Vols. Moffitt was 53.49 in the 100 back and 1:57.79 in the 200 back to sweep the stroke, and added a 53.73 in the 100 fly late in the meet for her third title. All three times bode very well for the upcoming season, ranking within the NCAA’s top 10 for the year, and her 100 back actually leads the nation at this point.

The diving awards went to sophomore Jack Nyquist and junior Michole Timm. Nyquist won the 1-meter board against Tennessee, while finishing second to the SEC’s Diver of the Week Maurico Robles on 3-meter by just under half a point. Timm, meanwhile, broke a school record in her first official meet since transferring in from New Mexico. Timm scored 352.55 points on 3-meter to break the school record, and finished second on 1-meter in a 1-2 sweep for the Tar Heels.