Penn Gets Another Verbal out of California: Novaquatics’ Stephen Marcin 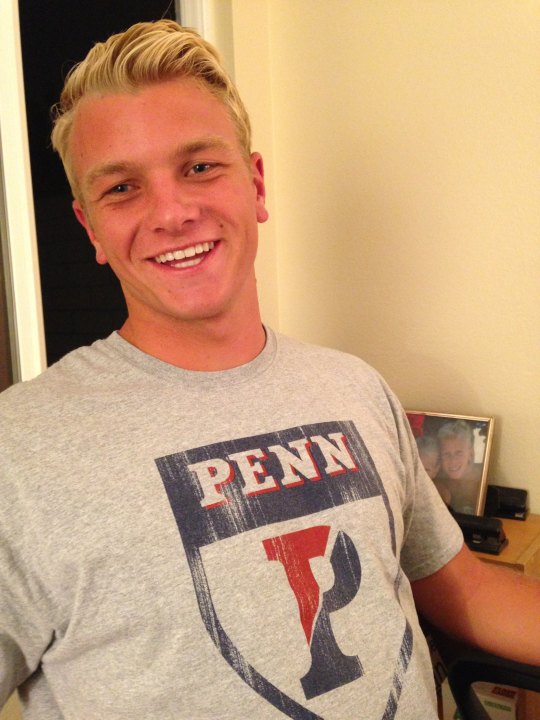 Stephen Marcin of Irvine NovAquatics has committed to swim at University of Pennsylvania in 2015-16.

Huntington Beach’s Stephen Marcin has made a verbal commitment to the University of Pennsylvania class of 2019.*

“I chose UPenn because it has the perfect mixture; swimming and academics.”

Marcin swims for Servite High School, where he finished fourth in the 200 free and second in the 500 at Southern California’s 2014 CIF-SS Division I Championships. He also swims for Irvine NovAquatics.

Marcin is a mid-distance freestyler who fits very nicely into Penn’s lineup. His best distance is the 500, and Penn has a very strong training group waiting for him in Philadelphia..

Harvard has done quite well in most freestyle races in the last few Ivy League Championships, but Penn and Yale are moving into the Crimson’s territory and building impressive distance programs. At the 2014 Ivies, the Quakers only managed one swimmer in the 500 A-final (current junior and 2014 Ivy League champion Chris Swanson); Marcin’s 4:24 would have posted the fifth-fastest time in prelims, giving Penn an edge over Yale. Furthermore, Marcin’s 200 free time would have been Penn’s fastest at Ivies, helping in the individual event as well as the 4×200 free relay.

There’s just no telling what Marcin will do at Penn, but together with new freshmen Taylor Uselis and Alex Peterson, Penn could be building a dynasty in the mid- to long-distance freestyles.

That is remarkable improvement. Godspeed to this young man.

I’m pretty sure Swanson is a jr now, giving Marcin a year with an NCAA qualifier in the event.