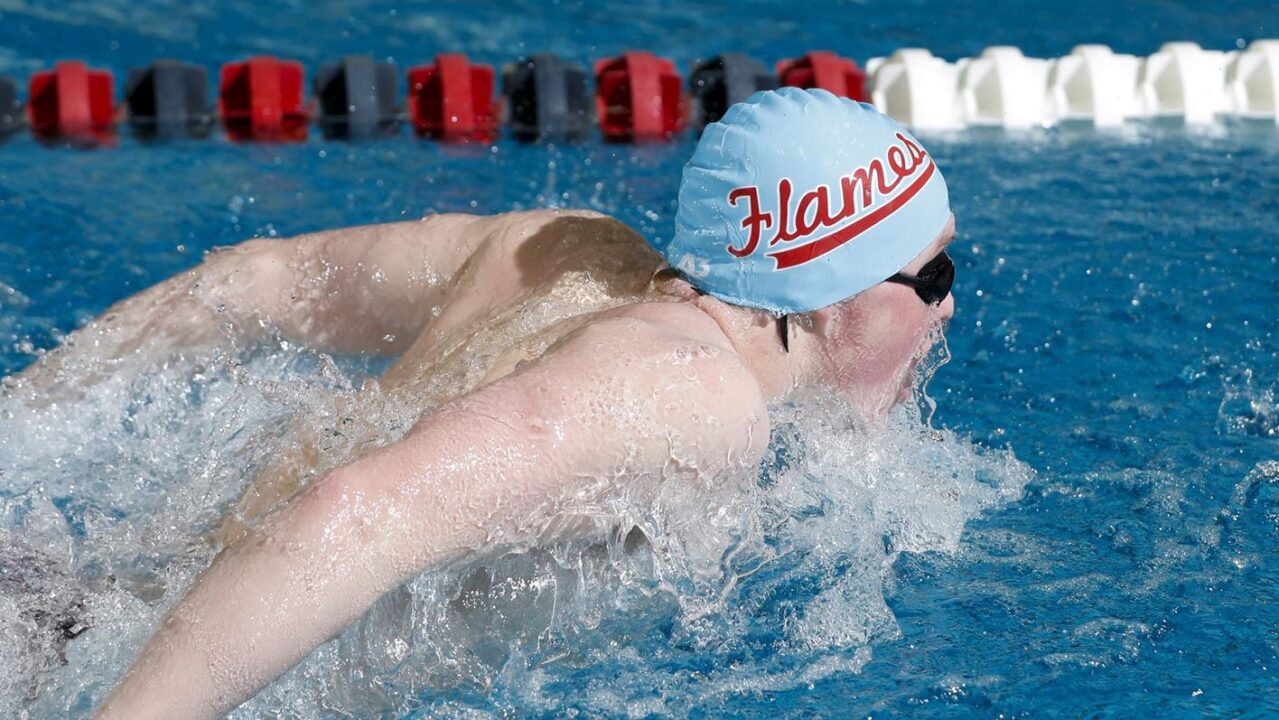 The Mid-American Conference (MAC) has announced the addition of the UIC men as an affiliate conference member, effective this season (2022-2023). Archive photo via Steve Woltmann

The Mid-American Conference (MAC) has announced the addition of the University of Illinois at Chicago (UIC) men’s swimming and diving as an affiliate member, effective this season (2022-2023).

UIC makes the move from the Horizon League, where they have competed for the last 28 years. The Flames claimed the conference championship in 2009, finished 2nd in 2011, and have put up nine 3rd place finishes, including in the two in the last three years. Individually, the UIC men  have won 62 event titles, including 14 relay titles.

“I am pleased to welcome UIC as an affiliate member in men’s swimming and diving,” said MAC Commissioner Dr. Jon A. Steinbrecher. “We have developed a strong Conference from across the Midwest that provides the opportunity for the participating student-athletes to excel at the highest levels of collegiate swimming.”

Only a few weeks before the 2022 Horizon League Championships, UIC announced that it would be joining the Missouri Valley Conference (MVC), which initially made UIC’s athletes ineligible to compete at the Horizon League Championships. The Horizon League’s decision stemmed from the League’s bylaw that requires “written notice of such intention must be received on or before July 1 one year before the withdrawal date.” However, their decision was reversed based on a Board of Directors vote to restore the UIC student-athletes’ eligibility for all 2022 League championships.

The UIC women will join the MVC this year as planned, but the MVC does not currently sponsor men’s swimming and diving, thus landing the UIC men in the MAC as an affiliate member.

UIC’s head coach Ashley Dell said, “It’s a great day for men’s swimming & diving at UIC! We are so excited to be joining the MAC and look forward to the opportunity of competing against these high-level programs. Being a member of the MAC will challenge our men to be the best version of themselves in and out of the pool and I am so proud of the hunger and enthusiasm I see in this team already.”

Founded in 1946, the MAC is a Division I conference that sponsors now seven teams in men’s swimming and diving, including:

Valpo and Ball State are familiar opponents for the Flames, as they are regulars on each other’s schedules either at dual meets or the House of Champions invite.

So why swim under the “MAC” banner, when the MAC only has 2 member institutions? They should be required to swim their own meet and let the MVC schools compete for a real conference championship.

MAC titles will always be hollow until EMU and Buffalo restore their programs.

It is bizarre for there to be more MVC teams in the MAC than MAC teams.

You are absolutely right! The EMU program was cut at the end of my sophomore year, and since then the conference has been essentially non-existent. Bring back the the men’s programs!

Get EmU Alumni to fund raise $ for covering conference travel/meals/lodging. Winter train at home, away duels no overnights, no grants to start ( Ball State saved program doing that & they beat EMU at MACs simply because they planned for the long run & exist).

Now if you expect 9.9 grants + the 1 or 2 baseball grants program EMU added on – then yes – EMU would be back in the saddle.

Reality check / do you want a program? Than do something. Get out of your comfort zone & take action.

But if you expect the University to provide you with funds like you had in the past, then just continue with the whining. … Read more »

While you are correct that it is odd to swim under the MAC banner, the conferences think of it from a financial standpoint. Putting on a conference championship costs money, and from the perspective of the MVC it’s easier to just have the schools pay the small affiliate fee than putting on an entire championship. Maybe they go that way in the future but who knows.

Also don’t take away from the hard work that student-athletes are putting in to win a MAC Championship. They still mean something even if idiot administrations cut other programs.