UIC Swimmers Allowed Back In Horizon League Championships After Board Vote 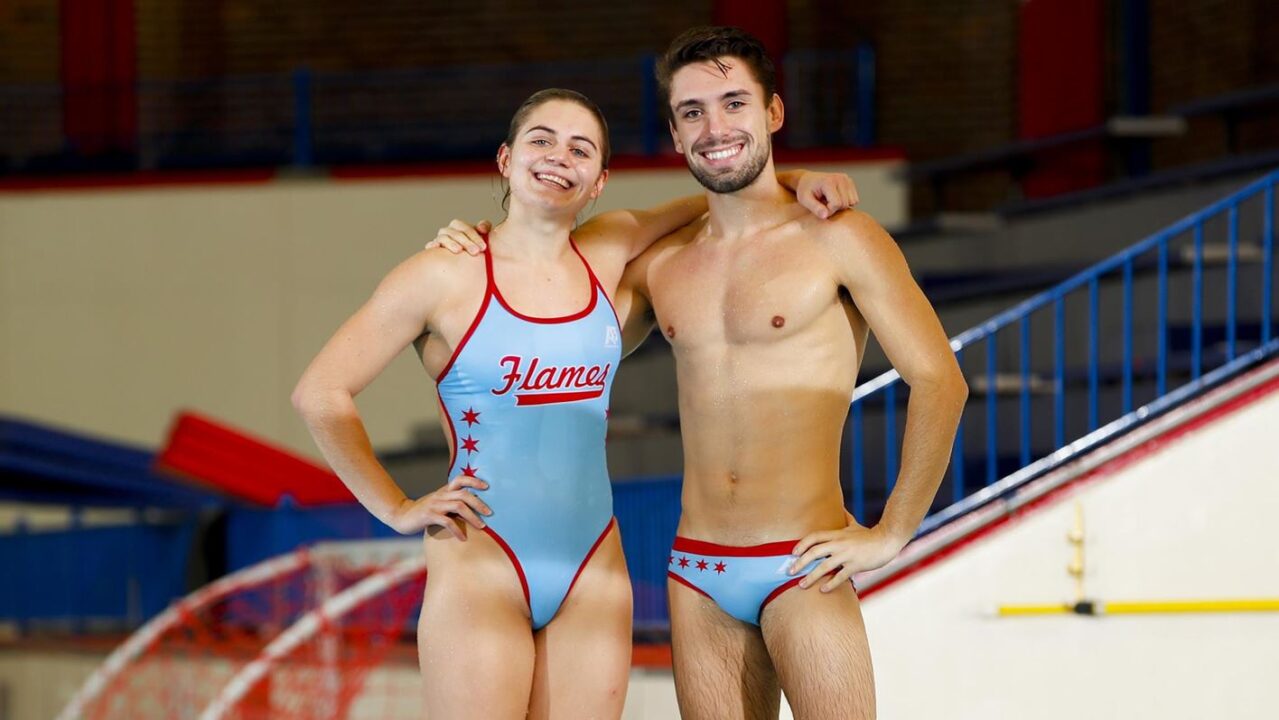 UIC student-athletes were initially expelled from competing at conference championship competitions after the school opted to leave the Horizon League. Current photo via Steve Woltmann

The Horizon League Board of Directors has voted to allow University of Illinois Chicago (UIC) student-athletes back into their 2022 conference championship competitions.

Last week the league announced that UIC’s student-athletes were prohibited from competing in their respective Horizon League Championship competitions after the school accepted an invitation to join the Missouri Valley Conference (MVC) in 2022-23.

UIC had initially requested that the league give them relief on Bylaw 2.5.3.3, which denies student-athletes championship eligibility unless the school gives the conference 13 months’ notice that they’re leaving.

The Horizon League announced the decision not to grant that relief last week, but changed course on Tuesday as the Board of Directors voted to restore UIC’s student-athletes eligibility for all league championships this season.

“I credit our League’s Board of Directors for prioritizing UIC’s student-athletes despite UIC leaders’ continued actions regarding their move to another conference,” said Horizon League Commissioner Julie Roe Lach.

“The response from UIC leaders has been disappointing, disingenuous, and inconsistent with our League values. At the end of the day, our League’s Board of Directors realized that UIC leaders were not going to take any action to restore eligibility for their student-athletes – including by making a simple request to the Missouri Valley Conference to enter in 2023. So our Board chose to exercise their authority to grant the student-athletes an exception to the agreed-upon bylaw.”

The Horizon League Swimming & Diving Championships will run this week, Feb. 16-19, in Indianapolis.

Multiple on-deck sources indicated to SwimSwam that no one knew UIC would be competing at the meet until Tuesday afternoon.

The Horizon League made a point in its press release to note that the Bylaw that rendered UIC’s student-athletes ineligible for league championships was one UIC sponsored and voted to approve back in 2013.

The league also said the initial ruling not to grant relief was due to the fact that UIC knew the consequences of its decision and went ahead with it anyway.

“On February 8, after consulting with its Athletics Directors, Senior Women Administrators and Faculty Athletics Representatives, the League’s Board of Directors denied UIC’s request for relief noting that when UIC made the decision to violate League bylaws, UIC leaders knew that they were compromising the postseason eligibility for their student-athletes,” the league said in its release. “The Board of Directors noted that UIC provided no compelling or extraordinary circumstance for relief.

“Following the initial decision, the Horizon League proposed multiple alternatives to UIC leaders. At the time, UIC leaders engaged in an inflammatory and misleading media campaign that attacked the League, including posting contact information of the League’s university presidents and chancellors on official UIC websites. UIC rejected any alternative and did nothing to help the student-athletes they claimed to care about.

“In these circumstances, the Board of Directors met again to consider UIC’s request for a special exemption. Recognizing UIC leaders were not going to engage in a constructive pathway to remedy the situation, the Board decided to provide relief. “This decision by our Board of Directors is the culmination of a three-week effort to find a pathway for all student-athletes to participate in upcoming League championships,” noted Board Chair Ashish Vaidya, President of Northern Kentucky University. “I appreciate the willingness of our Board members to work through this difficult situation on behalf of UIC student-athletes.”

“The hard deck for this hop was 10,000 feet. You knew it, you broke it. You followed Commander Heatherly below it after he lost sight of you and called ‘no joy’. Why?”
~ Viper

I have mixed feelings about this. I’m happy that the athletes are able to compete, but not happy that UIC Administration gambled by flouting the rule, and got away with it. I’m also not happy about their aggressive propaganda campaign that attempted to shift the blame away from themselves by maligning the conference. I don’t like seeing bad behavior rewarded.

Personally, I don’t think they should be able to score team points, and the athletes should have to compete as unattached.

Good. It’s not the athletes or coaching staff’s fault. Try to punish the admins if you want, but preventing the swim team from swimming at conference wasn’t going to do anything but ruin a bunch of swimmers’ seasons.

I love how the Board makes it so abundantly clear how horrible IUC is and how wonderfully benevolent they are for deigning to allow IUC’s team to compete. Hopefully they didn’t strain a muscle from patting themselves on the back so hard.

Happy for the athletes! But UIC showed what a crappy institution they are, and how you can break the rules and get away with it by blaming everyone else

As a member of the UIC swim and dive team, I can attest to the fact that we are not a crappy institution. This statement was made today at 12:15pm informing us of our Readmittance.

This is wonderful news to us and the rest of the University of course, just unfortunate timing with our recent taper adjustments and the fact that there was zero communication with the Horizon League and our Athletic Department Admin during the days leading up to this announcement.

Despite this short notice, we’re doing what it takes and were gonna come attack the pool with all our hearts.

Also, we are all still in Chicago trying to figure out the logistics of getting… Read more »

All I read is “my administrators lied to me and I believed it.”

Your admins knew exactly what was going to happen, and they didn’t care, they did it anyway. Don’t let them tell you differently

Like I said, unfortunate timing. Sacrifices were certainly made but glad our voices were heard

A lot of times kids are really smart, sometimes they are dumb and only see/hear what they want to

Actually PROPOSED the rule introduction to the conference, and then complained when it was reinforced.

You make a lot of good points in here, but “Horizon League board showing lack of respect”, when in FACT UIC broke the terms and rules of a contract that they not only signed, but advocated and pursued those original terms and conditions, shows you stretching you uniformed perspective a little bit

Really? Keep believing the propaganda at the expense of the truth.

The admin made the choice to leave for the greater good of the school and I’m not sorry for supporting them. You all look silly supporting large corporation!

Mr. Zant’s stance: it’s okay to break the rules for the greater good of his University and there should be no consequences. And it’s okay to blame others for one’s own actions.

“You all look silly supporting large corporation!” is an extremely ignorant statement. Do you mean large NON-PROFIT organization? Heck, they aren’t even large, try small, maybe tiny. Look up their 2020 IRS Form 990, as Braiden pointed out they had revenue under $6mil, and also had a net LOSS of $162,183. (IMO, the two commissioners are overpaid but that is a different subject.) They list 3 compensated key employees, I’d suspect the remaining wages go to pay officials for their time.

What constitutes for the “greater good of the school”? More revenue from Basketball? So lets potentially trash the swimmer’s season so we get more money next season, very honorable. But you happily support that position.

The Horizon League is a non-profit corporation.

Non-profits can be corporations.

I agree with most of the other commenters, but good luck in the meet, Owen, and do yourself a favor and focus on swimming fast rather than fighting a losing battle with the commenters here.

Explain how administration had your back when they took a gamble with your conference meet participation. They have their own best interest in mind, not yours.

Yeah, I was about to say, weirdest tan lines I’ve ever seen! 🤓

Ha! Been looking at that, too. I’ve convinced myself those are just some shadows being cast.

They are definitely shadows. That’s why the light changes on top of the suits too.

You are both idiots. It’s not tan lines it’s the lighting at the pool.

oh glad — what a crappy situation they were in. Good luck Flames!