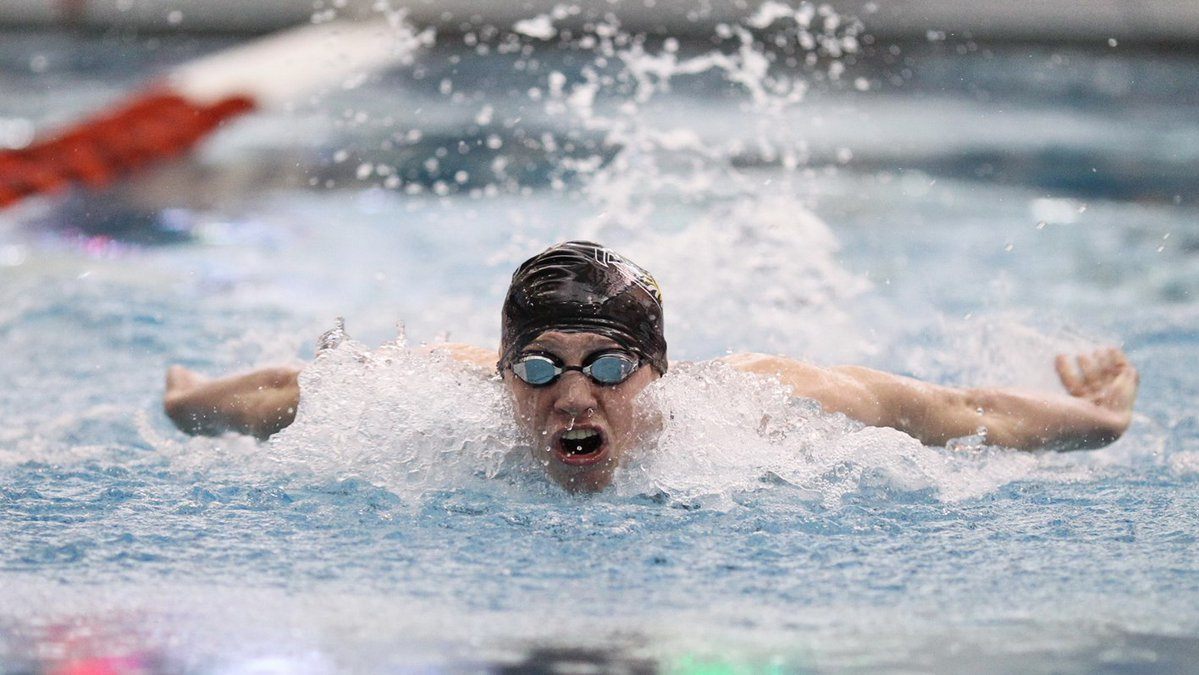 Jack Saunderson swam a lifetime best in the 100 fly at the NBAC Long Course Championship this weekend in Baltimore. Current photo via Towson Athletics

Towson rising senior Jack Saunderson jumped to 5th in the country in the 100 fly, long course, this weekend at the NBAC Long Course Championships. Swimming in finals, largely unchallenged, Saunders posted a 52.66, which improved upon his previous personal best (from last summer) of 53.34.

Top 5 Americans, as of posting:

Other Significant Results from the Meet:

Isn’t he a Swedish national? Or am I getting him confused with someone else?

I don’t believe so. He was born in Maryland. I’ve never seen him represent Sweden, and couldn’t find any evidence of that…

Thanks for checking, now I’m going to be driving myself crazy trying to recall who I got him confused with.

Jan Switkowski, maybe? He is a Florida Gator and swam for the Poland Int’l team. Poland to Sweeden not too far from each other by boat!

I think you are thinking of Alex Gliese from UMBC. He’s the danish national record holder in 200back. Go dawgs!!

I think you are thinking of Alex Gliese from UMBC. Danish national record holder in the 200back. Just made the danish national team. Go dawgs!!!

There is this kid who died at Parkland who was the captain of the swimming team, Nicholas Dworet. He was of Swedish origin and his dream was to swim for Sweden internationally. Maybe you are mixing them, as he was obviously in the news.

Was this his shave and taper meet for the summer?

No, swam unrested, unshaved, and in an old suit

Nope. From Towson Athletics news, his coach says: “This great of a result will allow us to really focus on training for 4-5 weeks before beginning to rest for the Phillips 66 National Championships in Irvine, California July 25-29.”

His coach (Jake Shrum) also said in that article: “For him to have swum this fast with only one long course meter practice beforehand is remarkable.”