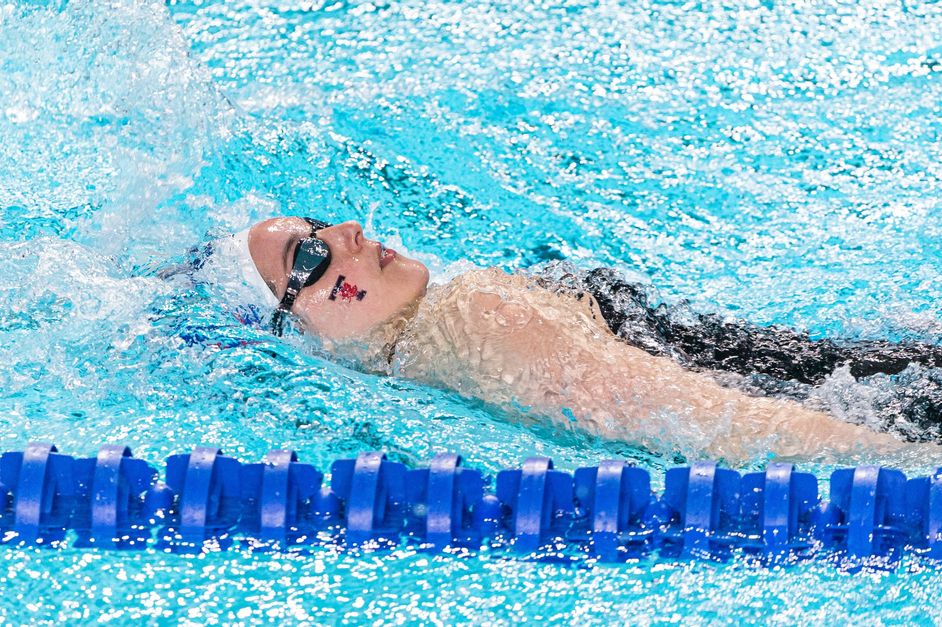 Toronto vs UNLV vs Denver

The University of Toronto took a rare trip south of the Canadian border last week, heading to Las Vegas for a double dual meet against UNLV and Denver.

It was an extremely successful showing for the Varsity Blues, earning a sweep as head coach Byron MacDonald picked up his 500th career win.

MacDonald is in his 45th season as the team’s head coach, having started back in the 1978-79 season.

“Reaching the milestone of 500 wins is super,” MacDonald said. “Of course, it’s the swimmers that have done so well over the years and this group really did well here in Las Vegas.

“It was great to see our team rise to this challenge and race people they have never seen before.”

The Varsity Blues have consistently been among the top teams in U SPORTS (Canada’s version of the NCAA), including the women’s team winning the national title last season.

The meet was scored 9-4-3-2-1, so with Toronto picking up the majority of the event wins, they dominated the final scores.

Four different U of T swimmers picked up multiple individual wins on the women’s side, led by senior Ainsley McMurray. Overall, the Varsity Blues won 13 of 14 events.

Last season, Kary was the U SPORTS runner-up in the women’s 100 back.

“Few people really knew who Nina was because she grew up close to Chicago and had not competed in Canada much,” MacDonald said.

“We knew she had to talent to become a major player in U SPORTS though and we are starting to see that already with her being named to the Canadian jr. national team and standout swims in our dual meets this early in the season.”

The contest was a little more evenly matched on the men’s side, though Toronto still rolled to a sweep, winning nine of 14 events.

Winning the 100 breast was UNLV sophomore Adnan Beji, a Tunisian native who was third at the WAC Championships last year in the event. Beji registered a quick early-season time of 54.08, with his PB sitting at 52.98.

Godolphin is the reigning U SPORTS champion in the 100 free, having clocked a best time of 49.01 to win the 2022 title in February (short course meters).

This was Toronto’s lone trip to the U.S. for the season—in fact, it was their only regular season meet on the road. The Blues will face some top Canadian opponents at home, with the first being Western on Oct. 28, prior to the Ontario Championships at Western (London, Ont.,) in early February.

What happened to Denver lol

Important note, UT suited up for this meet while UNLV and DU did not.

important note for sure, however if you look at the times, many Toronto victories including some sweeps of the top 3 spots were significantly faster than UNLV and Denver….not sure a suit would have made that big of a difference in those races.

For sure! UNLV Men vs. Toronto Men I think the suits need to be noted. Regarding the other scores, perhaps not.

agreed. The U of T women were dominant, and I think in fact will win the U Sports Canadian championship