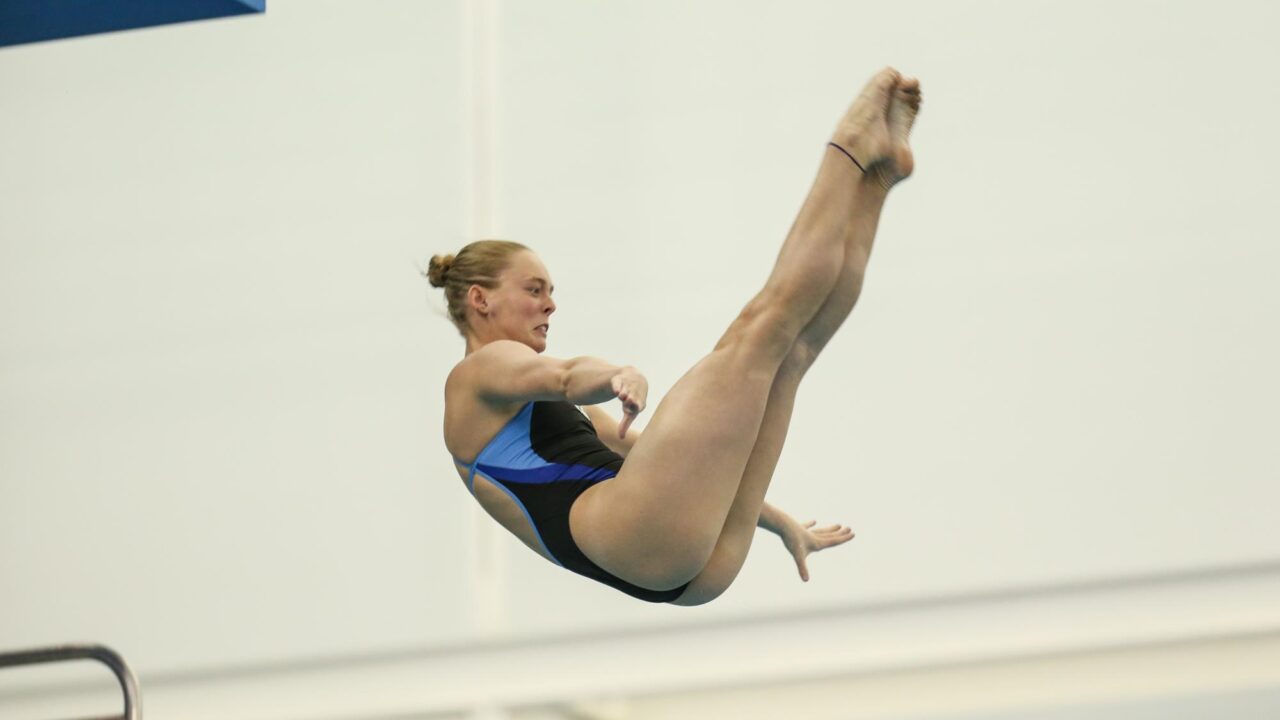 UNC All-American diver Emily Grund made her return for the Tar Heels on Friday, placing 2nd on 1-meter and 3rd on 3-meter. Archive photo via UNC Athletics

When the North Carolina Tar Heel women beat UNC-Wilmington 188-107 on Friday, they picked up a second dominant win over an in-state foe this season.

But that win wasn’t the biggest win of the weekend for North Carolina Swimming & Diving. Those honors were reserved for diver Emily Grund, who finished 3rd on the 3-meter springboard and 2nd on the 1-meter springboard.

The meet was Grund’s first since the 2021 US Olympic Diving Trials. Shortly after that meet, she was diagnosed with Leukemia.

In February 2022, after more than 5 months of treatment, she was declared cancer free and began making plans to return to UNC in the fall.

“Excited, nervous and hype all at the same time,” she told SwimSwam before Friday’s meet. “I’m so ready to compete my optional for the first time since Olympic Trials!”

She technically has two years of eligibility remaining, this year and next, but is unsure if she will use them both.

At the 2021 U.S. Olympic Trials, Grund and her diving partner Hailey Hernandez finished 4th in the 3-meter synchronized springboard event.

Grund is a three-time NCAA qualifier. In her junior season in 2021, she finished 18th on 1-meter and 3-meter and 20th on platform at the NCAA Championships.

She joins a UNC diving group that includes 2020 Mexican Olympian Aranza Vasquez, who was 3rd on 1-meter at last year’s NCAA Championship meet and scored Honorable Mention All-America honors on both 3-meter and platform.

Fantastic to hear! What a come back.