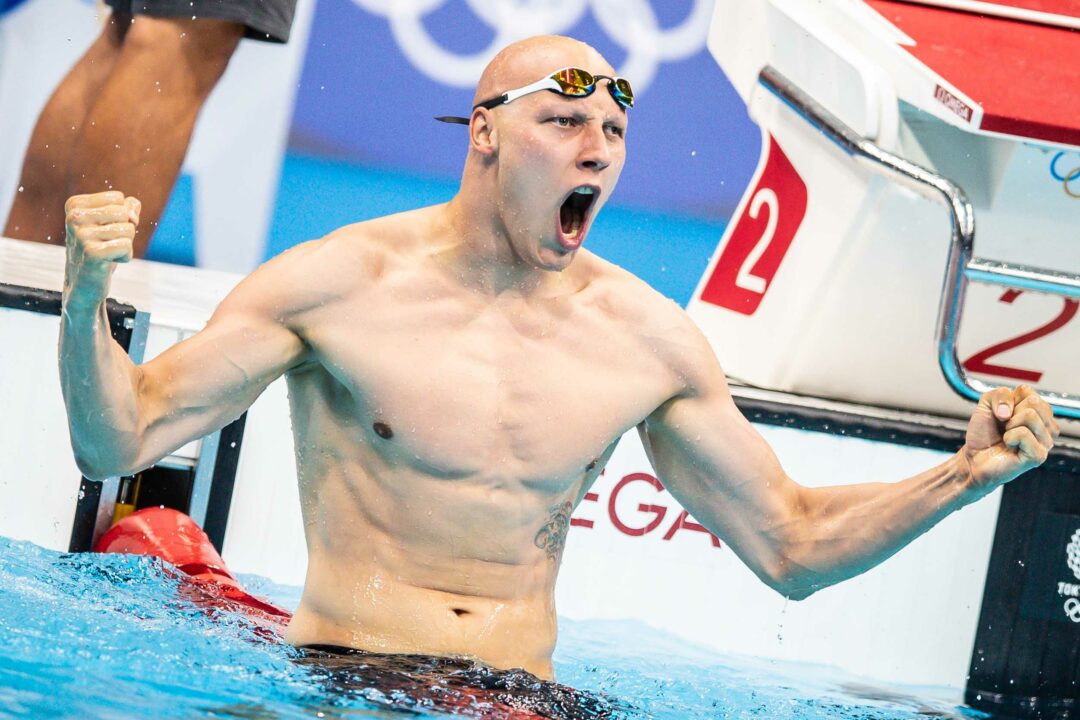 Matti Mattson (above) broke his Finnish National Record in the 200 breast to win bronze (2:07.13). This is Finland's first Olympic swimming medal since 1996,

Matti Mattson crushed his Finnish National Record to win bronze in 200 breaststroke with a time of 2:07.13 on Thursday at the 2020 Tokyo Olympics. This was Finland’s first Olympic swimming medal in 25 years.

“Few know the deep waters I’ve weathered to reach this point,” Mattson told Finnish news outlet Yle Sport. “I have tried many different things and been sent home quite a few times after the first rounds, but now we finally made it all the way to the medals. I couldn’t be any happier.”

Finland’s last Olympic swimming medal was in 1996 when Jani Sievinen won silver in the men’s 200 IM.

27-year-old Mattson broke this record twice in two days. Going into this meet, the National Record was set at 2:08.26 from his performance at the recent European Championships. In the semifinals, on Tuesday he swam a 2:08.22.

Mattson is the first Finnish man to ever break 1:00.00 in the 100 meter breast. He owns that National Record, which he set at 59.99 at the recent European Championships, alongside the 200 breaststroke.

In the same race, the Netherlands’ Arno Kamminga won silver in 200 breaststroke, .16 off his Dutch National Record. Kamminga has now swept silver in both breaststroke events.

On the women’s side, 16-year-old Evgeniia Chikunova placed 2nd in 200 breaststroke semifinals, within 1.16 of Yuliya Efimova’s Russian National Record

In the same race, Italy’s Gregorio Paltrinieri won silver with a time of 7:42.11, about 3 seconds off his National Record.

Mykhailo Romanchuk won Ukraine’s first medal by claiming bronze in the 800 free  (7:42.33), about a second off his National Record from prelims.

Continental and National Records on Day 5

An Israeli national record was broken in the 1free heats as well 🙂
Andi Murez(Standord alumna, ) went 54.0 to slice a tenth.
In addition, they shattered the M4×200 by 5 seconds to place tenth with an individual 1.46.6 2free NR on the leadoff for Loktev(lanepulling guy).

In general would say Frankel is the better flyer and swimmer overall(Big 10 champion, NCAA B finalist this year), but sadly he’s not at his best this week(went a full second slower than his 2018 flat start PB in the 200 free with a flying start plus just off his PB in the 1fly heats).