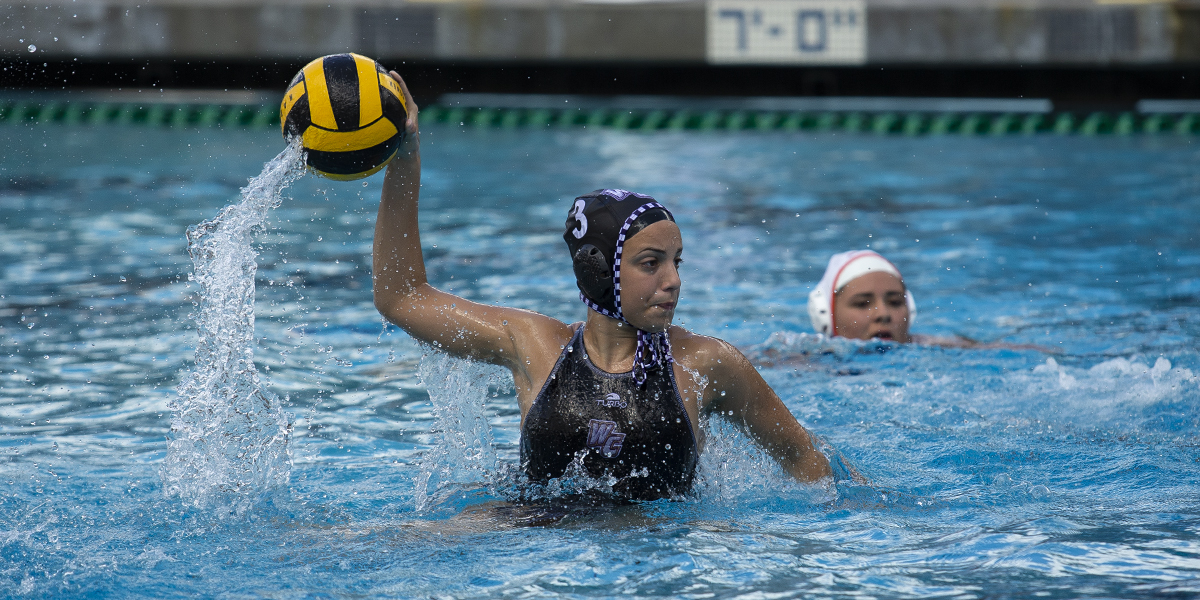 Although there were just 23 games played on Week 13, that did not stop the goal onslaught. Forty-seven players got in on the act as 51 efforts of three of more goals were recorded. Current photo via Whittier Athletics

Although there were just 23 games played on Week 13, that did not stop the goal onslaught. Forty-seven players got in on the act as 51 efforts of three of more goals were recorded.

Whittier’s Teresa Marchetti netted six goals to lead seven scorers in the team’s 19-12 win over Cal Tech on Wednesday. Marchetti was joined by four other multi-goal scorers, including Sawyer Bellville (4) and Keylee Leong (3). On the other side of the pool, Cal Tech’s Katie Johnston managed six scores and Brittany Percin turned in a hat trick.

LaVerne’s Guarina Garcia put in five goals for the second time on Week 13 on Saturday against Occidental. This time she had help from Jassmine Kezman’s five scores and Kelly Riedel’s four as the Leopards won 16-6. On Wednesday, Garcia notched five scores in a 10-8 loss to Cal Lutheran.

The Cardinal got 10 players involved in a 22-4 win over #20 San Jose State on Saturday, with eight chiming in with two or more goals. Makenzie Fischer was the ring leader with four goals alongside Ryann Neushul.

Paige Hauschild notched her 100th career goal with a four-goal haul in #2 USC’s 9-8 win over #3 UCLA on Saturday.

Eight players found the back of the net for #8 Pacific in an 18-4 win over Santa Clara on Saturday, led by four-goal efforts by Mariana Duarte and Kyra Christmas. Savannah Fitzgerald chipped in a hat trick.