There Are Plans For A Men’s 400 Free Time Trial 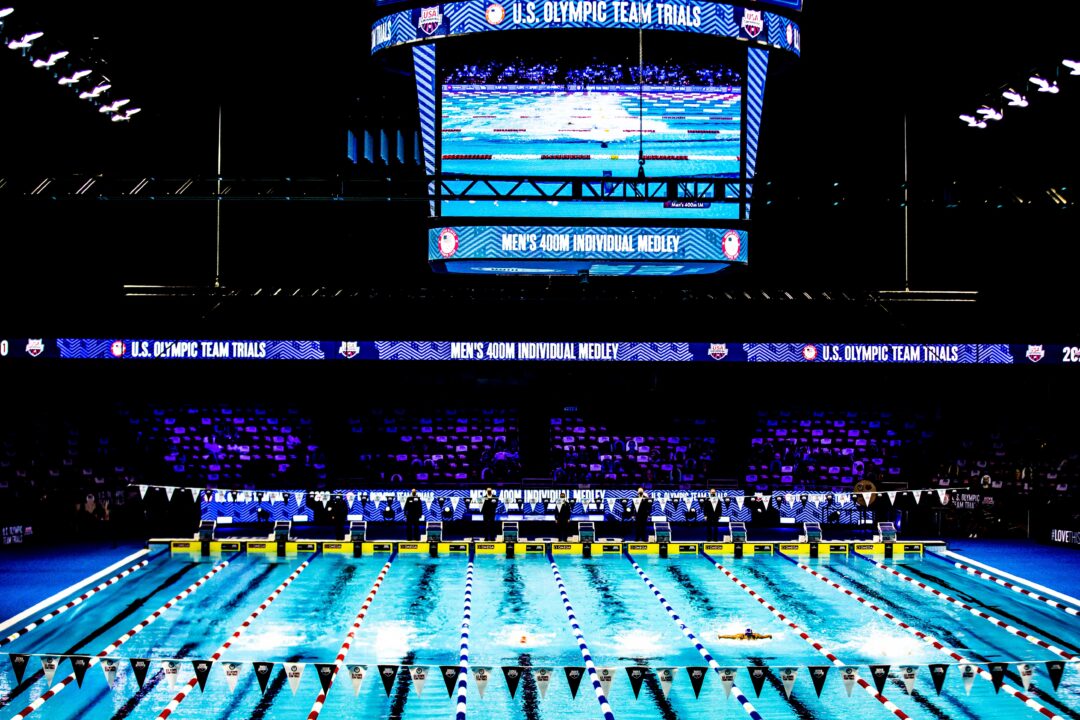 According to sources, there are plans for a 400 free time trial after only one swimmer made the Olympic Qualifying Time in the men's final yesterday. Current photo via Jack Spitser/Spitser Photography

On Sunday night, only one swimmer cracked the Olympic qualifying time (OQT) and it was Kieran Smith (3:44.86). We broke down what this means and the rules regarding OQT’s and the consideration times or Olympic Selection Times (OST’s) here.

While there are three FINA approved swim meets between now and the end of the qualifying period on June 27th, sources say there are plans to hold a 400 free time trial during Wave II as another opportunity for someone to get under the OQT of 3:46.78.

The other FINA approved meets include a meet in Mission Viejo on June 26-27 and a meet in the Bahamas on June 27th. Technically, swimmers could also fly to Rome and compete at the Sette Coli Trophy.

For now, that second spot could go to Zane Grothe who has already cracked the OQT during the qualifying period, but nothing is guaranteed due to the 26-person limit on the Olympic roster. Grothe could swim in the time trial after he missed the final yesterday. He placed 11th with a time of 3:50.80.

I understand minimum cuts, but why make them, some of them, nearly impossible to reach? I feel like they should be something like the average of the top 8 swimmers from the last trials….something that should make the qualifying time somewhere around the middle of the final, but not so impossible that you’re going to limit the entrants…

And as a side note, is this qualifying time the same across all countries? Or is ours somehow more stringent due to what is normally our quality of swimmers? I just feel that there are two major loopholes that need to be addressed:

Well the GOAT is in the stands and his goggle and cap tan lines must mean he’s been in the pool, so someone lend the man a suit…..

No real reason for Grothe to swim a time trial. Finke totally unlikely to swim a tine trial with the 800 Wednesday/Thursday and the 1500 Saturday/Sunday

Why can’t the us be content with just sending one guy who will final? We simply suck at this event and period. Are we really gonna want to send a b tier guy who can’t even come close to making a final?

The team’s individual event selection criteria are mandatory, rather than discretionary, so USA Swimming and USOPC are required to exhaust the criteria in total before leaving the spot empty. If they didn’t, they could get sued for failing to uphold their Amateur Sports Act obligations (it becomes a right to compete issue).