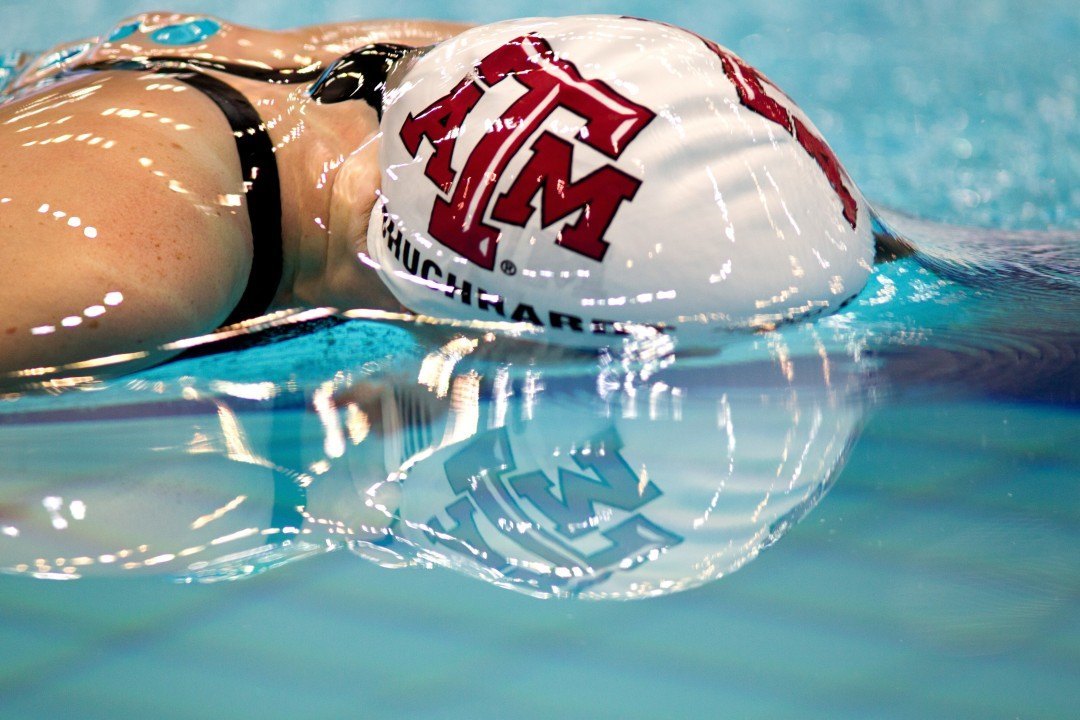 The Aggies continued to duke it out with longtime rival LSU for the top spot in the team standings. Texas... Current photo via Texas A&M Athletics

All four legs of the Aggies’ 200 medley relay were on point as the foursome of junior Brock Bonetti, junior Mauro Castillo, senior Turker Ayar and senior Cory Bolleter touched the wall in 1:25.13, well ahead of the old record of 1:25.51 set originally in 2009 and matched in 2010.

In other action, the Aggies tallied first-place finishes in the 400-yard IM and the 100 breaststroke. Sophomore Angel Martinez won the 400 IM in a lifetime best time of 3:51.32, which was the eighth-fastest time in school history. Castillo was victorious in the 100 breaststroke with a time of 53.22, which was about a second off his school record but still faster than anyone else in school history.

With the dive crew competing at the Mizzou Invitational in Columbia, Mo., the Aggies also received top-notch efforts from junior Tyler Henschel, sophomore Sam Thornton and senior Colton Haffey, who all earned spots in the three-meter final on Friday. Henschel took third with a score of 394.94, Thornton was fifth with 347.05 and Haffey was 10th with 293.05.

The Aggies closed out the day with a strong third place finish in the 800 free relay with the foursome of Martinez, senior Juan Rocha, freshman Mike Thibert and Ayar reaching the wall in 6:37.18.