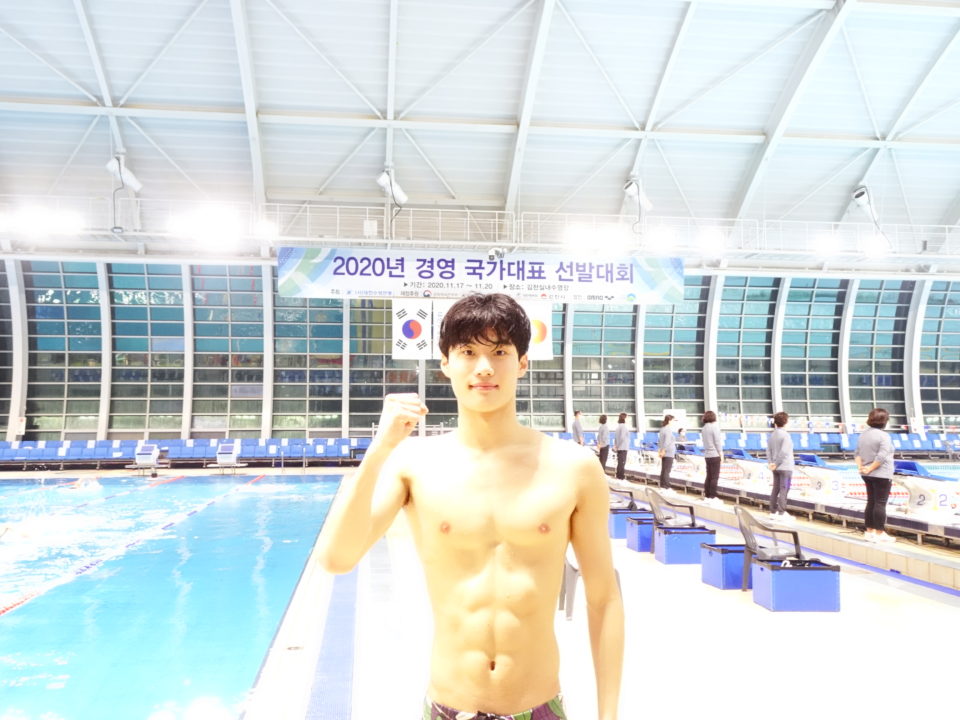 Following up on an explosive 200m breaststroke performance by Cho Sungjae on day 1 here at the 2020 Korea National Team Trials, another notable national record bit the dust.

After his groundbreaking swim the highschooler said, “Last year, my goal was to make it on the team as a relay member. Now, I’ve adjusted my goal to making it to finals in an individual event.”

We had our sights set on Hwang after the teen fired off a big-time personal best of 48.51 in the 100m free just last month. That outing rendered him as Korea’s 3rd fastest performer all-time and the 10th fastest performer in Asian swimming history.

However, with Hwang’s new 48.25 national record, he has now become the 4th fastest 100m freestyle swimmer in Asian history.

For additional perspective, Hwang’s 48.25 time tonight would lay waste to the U.S. National Age Group Record for 17-18 males, which is currently standing at the 48.78 Olympic gold medalist Caeleb Dressel logged in 2015.

Looks like he could be a hell of a 200FRer with that stroke.

https://www.youtube.com/watch?v=mUbSCSjKzh4&feature=emb_logo
His race starts at 46:30.
It’s a timed final (heat 4) against other high school swimmers.

He’s still 17 so he may grow a bit more by the time he shows up in major competitions after Covid.

Basically a Cam McEvoy body. All body types can go fast, from linebacker/tight ends Adrian/Flo, to ripped but chicken-legged Dressel, to McEvoy.

Regarding top 5 Asian performances, didn’t Shinri Shioura lead off the Japan 400 Free relay in 47 in Rio?

Nvm it was Nakamura

This next gen are going to be so bloody fast!

“Going” to be? Some already are!

What in the world…