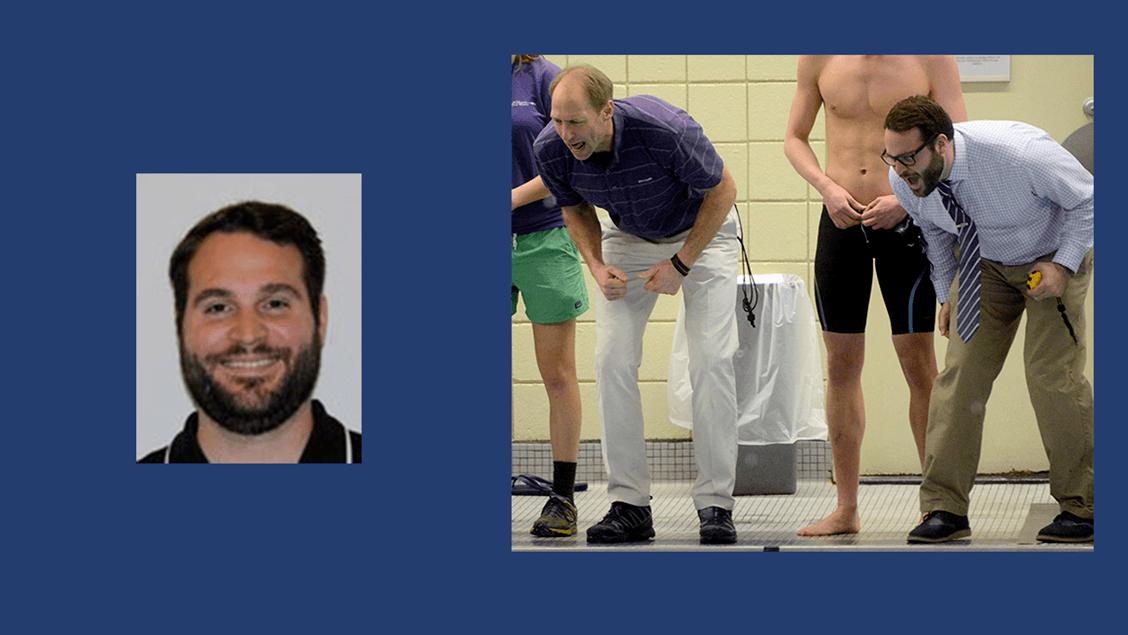 The College of New Jersey athletic department is excited to announce the hiring of David Dow as head men's swimming and diving coach. Dow will assume his role at TCNJ on July 30. Current photo via TCNJ Athletics

EWING, New Jersey – The College of New Jersey athletic department is excited to announce the hiring of David Dow as head men’s swimming and diving coach. Dow will assume his role at TCNJ on July 30.

Dow joins the Lions after spending the last three years as an assistant coach at Williams College in Massachusetts. During his time there, Dow was part of a program that accomplished tremendous success. The women’s team finished in the top three in the NCAA Division III Championships each of the last three years while the men’s side landed in the top 10 each season. Dow was a member of a coaching staff that produced 65 NCAA All-Americans, as well as 15 individual NCAA titles and two new NCAA records. Both teams combined to win five out of the six NESCAC Championships during Dow’s tenure.

“I would like to thank Amanda DeMartino and the rest of the search committee for giving me the opportunity to lead the men’s swimming and diving program at TCNJ, as well as Steve Kuster (Williams head swimming & diving coach) for his support and guidance over the past three years,” Dow said.  “Coach Bishop established a tradition of excellence at TCNJ both in and out of the pool during his career, and I am fired up to lead the team to future championships and NCAA performances. I can’t wait to get on campus to begin forging relationships with the team and campus community.”

The Williams swimming programs are also known for their academic excellence, as they received the CSCAA All-American Team Scholar award each year as well as 27 NCAA Scholar All-American honors. In 2017, Dow earned the CSCAA Jean Freeman Scholarship, an honor given annually to six college assistants based on contributions to the team.

Dow served at his alma mater SUNY Cortland, as an assistant coach from 2009-2011. He worked with the individual medley and stroke groups that included a two-time NCAA All-American, two NCAA provisional qualifiers, 10 All-Conference team members, and nine individual school records. Dow enjoyed a strong career in the pool himself as he was a two time SUNYAC individual champion in the 1650 freestyle. Dow also received the George Breen Award in 2009 and was named All-SUNYAC First Team twice as well as All-SUNYAC Second Team twice.

Dow graduated from SUNY Cortland with a B.S. in sport management in August 2009 and received an M.S. in recreation management in leisure services in December 2011.