Taylor Ruck Will Remain in Toronto for Fall 2020 Semester 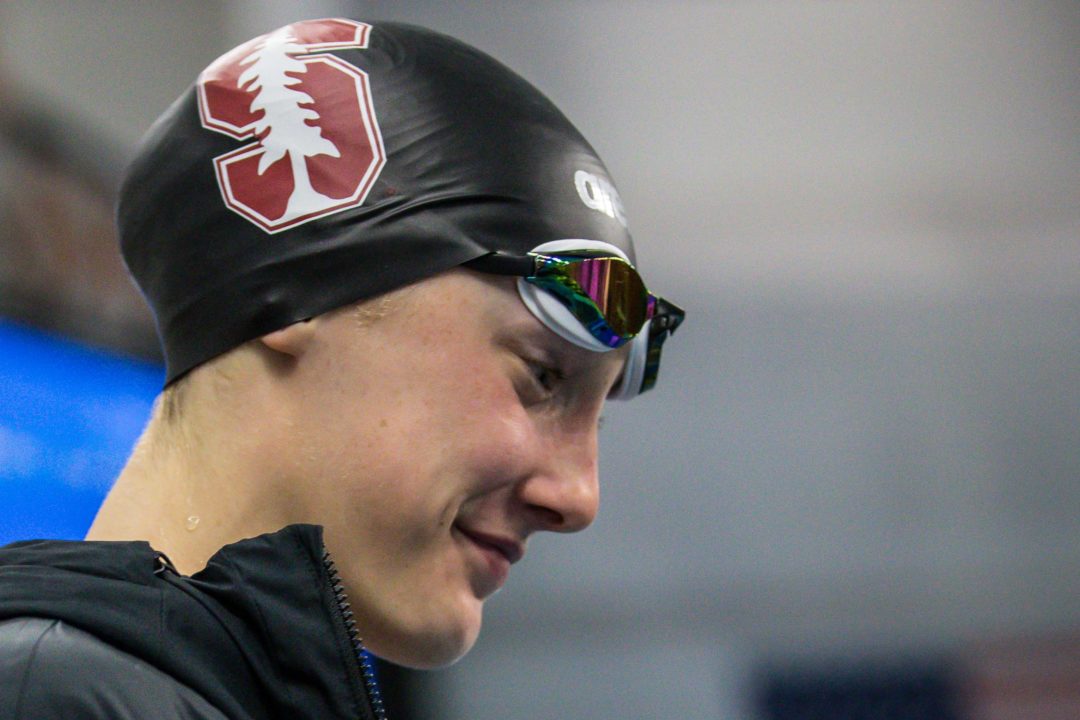 Taylor Ruck, who scored 50 points at the 2019 NCAA Championship meet, will stay in Canada for the fall semester, and is taking things "month to month" she says. Archive photo via Jack Spitser/Spitser Photography

Canadian Olympic medalist and Stanford standout Taylor Ruck has confirmed that she will not be returning to the California, at least for the fall 2020 semester. Instead, she is opting to stay in Canada and continue training in Toronto at the Swimming Canada High Performance Center there.

Ruck was born in Canada and her family moved to Scottsdale, Arizona before she was 1 year old. She spent most of her childhood in Arizona, but does not hold American citizenship.

She told SwimSwam on Monday that she’s taking things “one month at a time.”

Ruck’s decision comes following Stanford’s announcement that the school’s campus will not be reopening in the fall and most classes will be held remotely. Despite this, Stanford women’s swimming and diving head coach Greg Meehan says that this decision specifically revolves around the academic side of the university, doesn’t necessarily apply to athletics, and that he feels confident that the program will continue to be able to train.

Stanford’s swimming and diving season has already been postponed until at least January 2021.

Last season, Ruck used her redshirt year from Stanford in order to prepare for the 2020 Olympic Games training under Ben Titley in Toronto. However, the NCAA has already said that it will grant eligibility extensions to athletes like Ruck if the coronavirus forces them to miss a season.

The 20-year old Ruck was on the Canadian Olympic Team in 2016, where she won bronze medals as part of her country’s 400 and 800 free relays. She is a two-time World Champion in short course meters, won 8 total medals at the 2018 Commonwealth Games (including individual gold in the 200 free), and was on 3 Canadian bronze medal winning relays at the 2019 World Championships.

She is also the all-time medal leader at the FINA World Junior Swimming Championships, with 9 gold, 2 silver, and 2 bronze medals to her name.

The Cardinal, who have won the last 3 NCAA Division I Championships, have already lost the services of the #1 recruit in the incoming high school class, World Record holder Regan Smith, and the #6 recruit in the class, National Teamer Lillie Nordmann, for the 2020-2021 season. Both have announced that they are planning to take a gap year before beginning their Stanford careers.

California is one of the states that has seen the biggest increases in new coronavirus cases since June 1, averaging over 9,000 new daily cases over the last week. Santa Clara County, where Stanford is located, has a total of 14,429 confirmed cases that has led to 210 deaths. Over the last week, the county is averaging 354 new daily cases amid its population of nearly 2 million.

In Toronto, there are currently 15,484 confirmed cases; however, the entire country of Canada is averaging fewer than 400 new daily cases amid a population of almost 38 million people.

The border between Canada and the US remains closed except for very limited essential travel.

Didn’t see this one coming

Were you looking? Thinking? If for no other reason than she swims faster when she trains in Toronto? Why risk it when classes are online anyway?

Why would anyone want to enter the U.S. right now?

You should ask the ones trying to enter illegally because it still seems to be an attractive option. If it’s that bad you could always take up residence somewhere else.

Maybe somebody who has been waitlisted for cancer surgery in a country with socialized medicine?

Canadian citizen here. Members of my family have been treated for multiple cancers, heart problems, broken bones, sports injuries, COPD, mental health issues, hip replacements, cataracts, knee replacements… The works. Treatment has been first class and effective. Wait times, if any, have been reasonable. And nobody’s bankrupt. After every one of those surgeries and/or treatments, everyone left was left with their dignity and finances intact.

As to the trope that Canadians go south for treatment, let me say this: I’m some years past middle-aged and have lived here all my life. I know of exactly one person that went south for treatment and that was for privacy reasons more than anything else.

M Pelota: That’s very good news for you and your family. The stories coming out of the UK are not so positive where it’s estimated that 5,000+ people have died of various cancers because they couldn’t get treatment during the during the current pandemic.

Cool. But Taylor is in Toronto, not London.

M Palota, maybe Kamalamania got London, ON confused with London, UK … but, then again, Taylor’s a couple hundred KM from London (ON) and a bit shy of 6000 KM from London, UK.

Still, you gotta wonder WTF does cancer in the UK have to do with a Stanford sophomore/junior swimmer staying in Scarborough?

@Duh is on: I was simply responding to Ol’ Longhorn’s question: “why would anyone” and assumed “anyone” could be from anywhere in the world. I’m pretty dense.

Sounds like a great decision by Taylor, who is also an amazing young lady and great role model to the NextGen of Canadian swimmers.