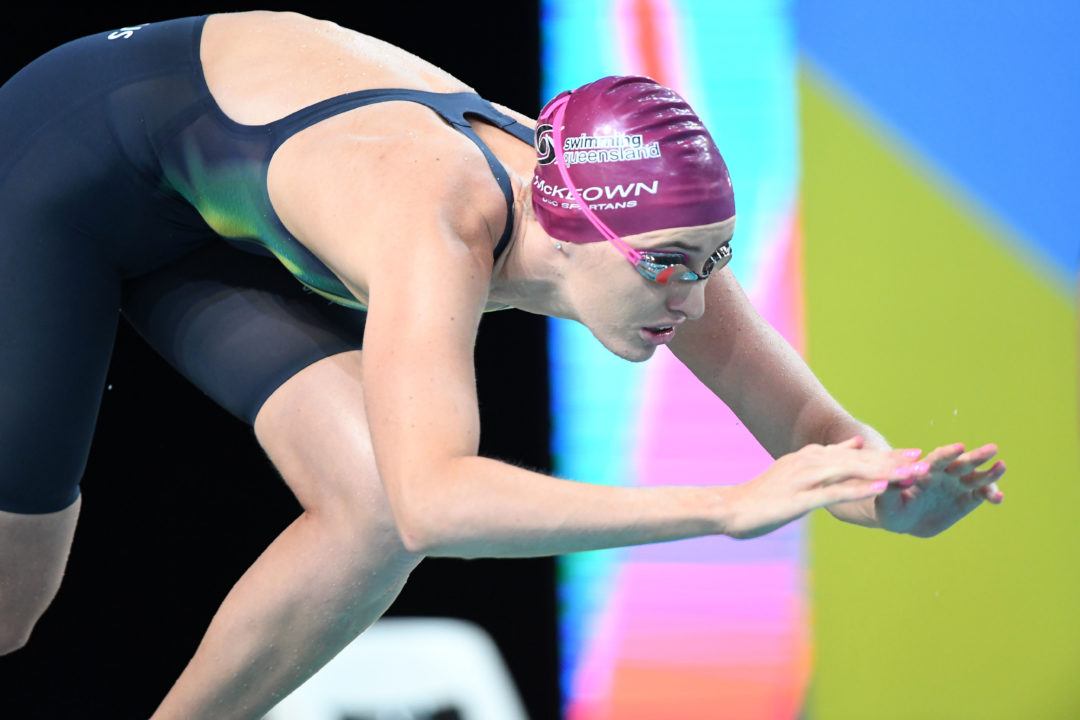 Taylor McKeown checked one last item off her bucket list at the Queensland LC Preparation Meet this weekend before officially calling it quits from competitive swimming.

The 27-year-old Rio Olympic medalist from Australia announced her retirement a few months ago after the Commonwealth Games, where she placed sixth in the 200 breaststroke final. But then she decided a couple more swims were needed to round out her résumé.

“I just didn’t want to retire without racing every event in the swimming program,” said McKeown, a breaststroke specialist. “So I decided to enter that meet and do the 200 fly and 200 back to tick them off. I did those races with very minimal training, so I absolutely died.”

Competing in the 19 & over division, McKeown clocked a 2:31.03 in the 200 fly on Saturday and a 2:29.93 in the 200 back on Sunday. The best part about the last race was that it gave her some fun bragging rights over her sister, Kaylee, the reigning Olympic champion in the 200 back.

“Kaylee was meant to race me in the 200 back but she withdrew, so technically I won my last ever race against Kaylee…. In a 200 back,” McKeown laughed.

It was a fitting end to a fruitful career. McKeown made her first major international meet appearance at the 2014 Commonwealth Games, when she won 200 breast gold in a new best time of 2:22.36. She followed that performance that year with a bronze medal at 2014 Pan Pacs, where she clocked a 2:22.89. After 2014, she became a mainstay on the Australian national team, helping her country win 2015 and 2017 World Championship bronze and 2016 Olympic silver by swimming breaststroke in the 4×100 medley relay.

In 2018, McKeown faced some challenges in her swimming journey. Prior to the 2018 Commonwealth Games, she injured her knee and had to undergo surgery. She failed to defend her title in the 200 breast at that meet, missing the podium and placing fifth. Then, in 2020, her father passed away after a two-year battle with brain cancer. McKeown failed to make both the 2019 World Championship team and the 2020 Tokyo Olympic team, but bounced back in 2022 with a third place finish in the 200 breast at Australian Nationals to qualify for the 2022 Commonwealth Games. Her time of 2:25.32 from Nationals this year was her fastest since 2018.

A story of TRUE GRIT if ever there was one! Brava!