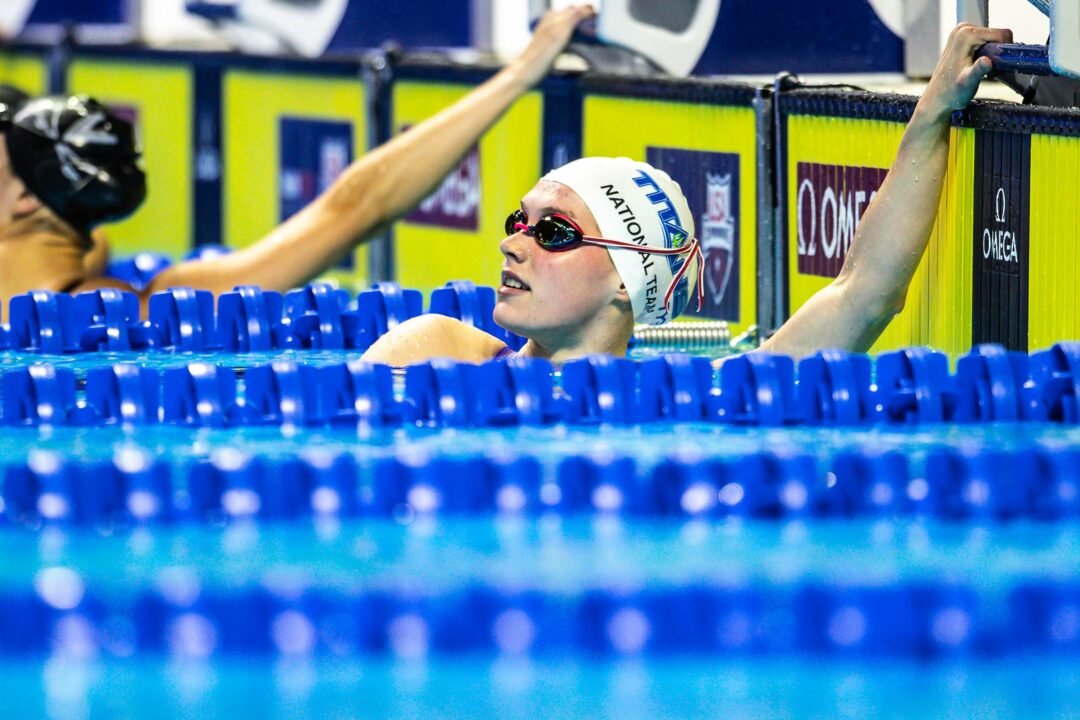 USA Swimming announced Monday the 200 clubs that will be recognized as Gold, Silver or Bronze medal clubs in the program, which “recognizes the organization’s highest-performing clubs in the development of athletes ages 18 years and younger on an annual basis.”

This was the first year that open water performances were factored into the rankings, and another change was that any USA Swimming member clubs with a 2020 Olympic qualifying athlete automatically qualified for Gold status (provided they met minimum eligibility requirements).

The Titans were led by the likes of 2020 Olympian Claire Curzan and top-ranked age group swimmers Charlotte Hook and Lance Norris.

SwimMAC Carolina, Dynamo Swim Club and Carmel Swim Club round out the top five for 2022.

The primary objectives of the program are as follows, courtesy of USA Swimming:

Arlington Aquatic Club was the lone club to reach the Gold Medal ranking for the first time, with a total of 20 clubs achieving their first medal recognition.

In addition to the Club Excellence Program, USA Swimming will also honor 15 clubs as 2022 Podium Clubs. A team earns Podium Club status by earning the Gold Medal ranking for four straight years. They are as follows:

Nowhere public, unfortunately. A few clubs list numbers on their websites, but most don’t. Sometimes LSCs put that data out, though it can be hard to discern between “competitive” and “recreational” swimmers.

Everyone always wants to know points/swimmer, but unfortunately it’s not data we’re ever going to get.

I don’t think USA Swimming would want to promote a metric that encourages clubs to drop, or not accept, lower-level swimmers.

Maybe you could use total swimmers per team at their latest LSC champs meet or equivalent, to get a rough guesstimate. That info is somewhat readily available.

Would also love to see a point/athlete breakdown. Which club is scoring by attrition vs club maximizing each athlete?

The pound for pound metric. It would highlight smaller clubs (medium and small in size) and their coaching / performance ability. The Heavyweight champs (top five to ten anyway) are fun to analyze too. But there is something to be said for punching above your weight.

Dude keeps chasing his predecessor, but is definitely moving on up

Why isn’t that new team from Illinois on the list. FMC. I thought they were good