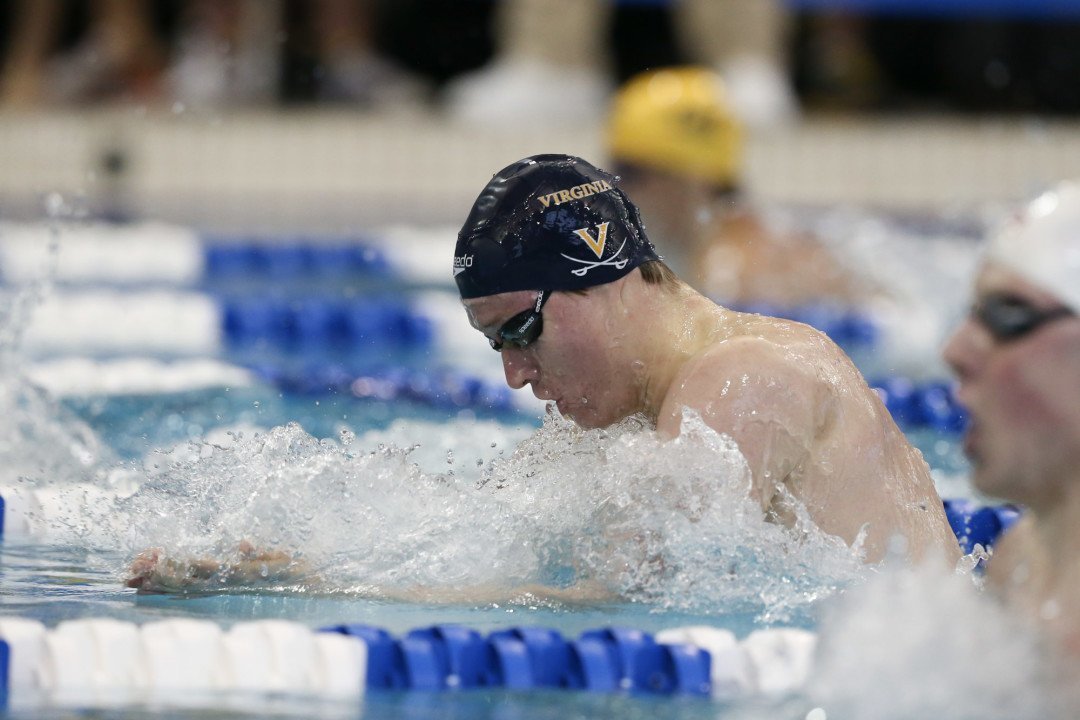 Kaeser says the cancer was caught due to an abnormality in a recent urine sample he gave for a doping control test. Stock photo via Tim Binning/TheSwimPictures.com

Swiss breaststroker Yannick Kaeser announced on his Instagram account that he has been diagnosed with testicular cancer. Kaeser, who holds the Swiss Records in the LCM and SCM men’s 100 and 200 breast, says the cancer was caught due to an abnormality in a recent urine sample he gave for a doping control test.

In a statement to SwimSwam, Kaeser said that the doping tests can’t detect cancer, but that certain parts of the tests also serve as tumor markers, and that when his results came back he was informed he may have a tumor. Kaeser then went to the doctor for checkups and additional testing, and that’s when the testicular cancer was found.

“Luckily, I found out about it at a very early stage. Hence my chances at a full and fast recovery look good,” Kaeser writes in his Instagram post. The data is, in fact, on Kaeser’s side. Testicular cancer has one of the highest cancer survival rates to begin with, and when it’s caught early like Kaeser’s was, the rate is around 95%. According to Kaeser’s post, he will still compete at the European Championships next week, then will promptly have surgery to remove the cancer once he returns to Switzerland. The University of Michigan reports that a full recovery from testicular cancer can be made as quickly as 4 weeks after surgery takes place.

Kaeser competed for Switzerland in the 2012 Olympics, and is a 7-time Swiss national champion. He also swam for 4 years at the University of Virginia in the U.S., where he broke the breaststroke school records and earned All-American honors his senior year in the NCAA.

Kaeser joins Nathan Adrian and Eric Shanteau as high-profile swimmers who have received a testicular cancer diagnosis. Adrian faced his diagnosis in early January 2019, and like Kaeser was able to catch it early on, and begin treatment immediately. Shanteau’s diagnosis had similar timing to Kaeser’s. Back in 2008, Shanteau was informed he had testicular cancer the week before the U.S. Olympic Trials. He went on to make the Olympic team in the 200 breast, then narrowly missed the Olympic final, but swam a lifetime best in his Olympic semifinal race.

Wishing him a speedy recovery!

Michigan or UVA what?

He swam at the University of Virginia. The reference to Michigan is discussing the prognosis for testicular cancer treatments and has nothing to do with where he swam collegiately.

Sorry. It sounded like UM was putting out a release