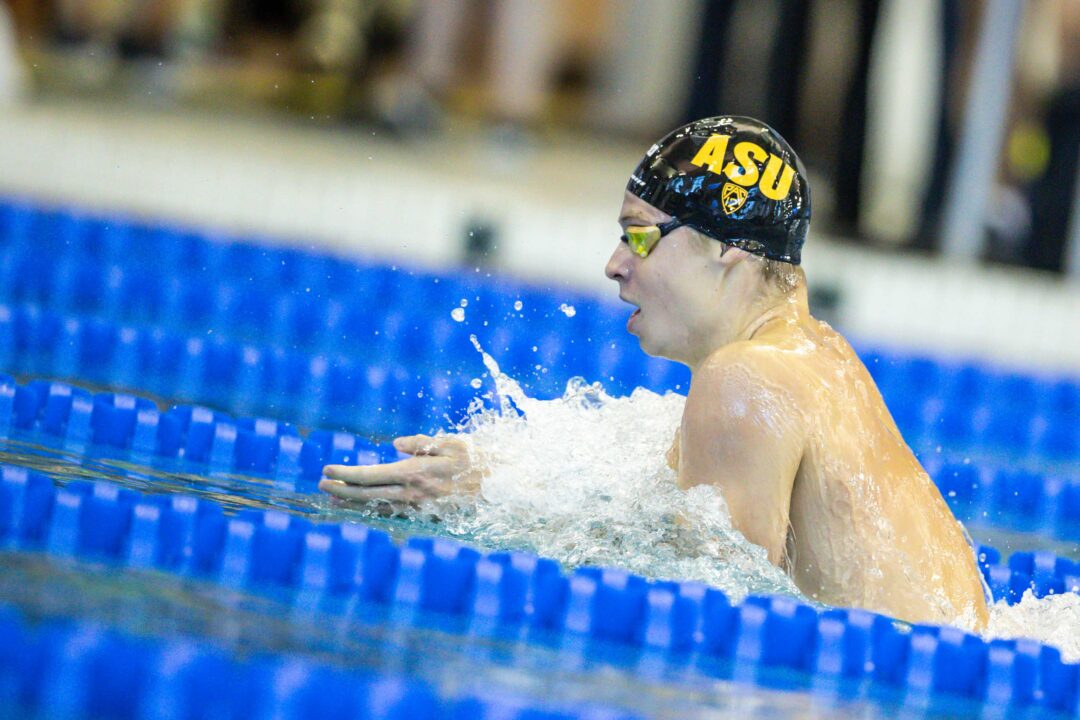 After 1:40 was broken for the first time in the 200 IM in 2015, the 2022 NCAA Championships saw a swimmer produce that time out of the 'B' final. Archive photo via Jack Spitser/Spitser Photography

Our most recent poll asked SwimSwam readers which 200-yard event on the men’s side has gone under the biggest transformation time wise over the last 10 years:

Question: Which men’s SCY event has taken the biggest leap (gotten faster) over the last decade?

Inspired by one of the comment sections during the Minnesota Invite, our latest A3 Performance Poll took a gauge of which men’s event in short course yards has taken the biggest step forward in terms of time over the last decade.

The conversation was sparked after Texas’ Carson Foster and Cal’s Destin Lasco both anchored their teams’ respective 800 free relays with sub-1:31 200 free splits, something that not too long ago was unheard of, but has since become common for the NCAA’s top athletes.

In February of 2014, Michael Wynalda split 1:30.60 on Michigan’s record-breaking 800 free relay at the Big Ten Championships, which was the first sub-1:31 leg in history.

Two short years later and Haas and Blake Pieroni both went sub-1:30, and then the year after that Dean Farris set a new all-time record of 1:29.15 at the 2019 NCAA Championships.

However, despite the developments we’ve seen in the 200 free, it’s actually the 200 IM that came out on top in the poll with more than 42 percent of votes.

Since then, seven different swimmers have been faster, including six of them going under 1:39.

The 200 free picked up just under 30 percent of votes, while the 200 breast was third with just under 15 percent.

The depth in the 200 breast has certainly improved drastically, but there have been some superstars over the years who still stand near the top of the all-time rankings. Will Licon still holds the U.S. Open Record at 1:47.91 from 2017, while Kevin Cordes‘ 1:48.66 from back in 2014 still ranks fourth.

Below, vote in our new A3 Performance Poll, which asks: Which of these super-suited world records has the best chance of falling next week in Melbourne?

I remember when Nolan went 1:41 his senior year of high school in 2011 and that blew people’s minds. Now a 15-year-old is doing that time 🤯