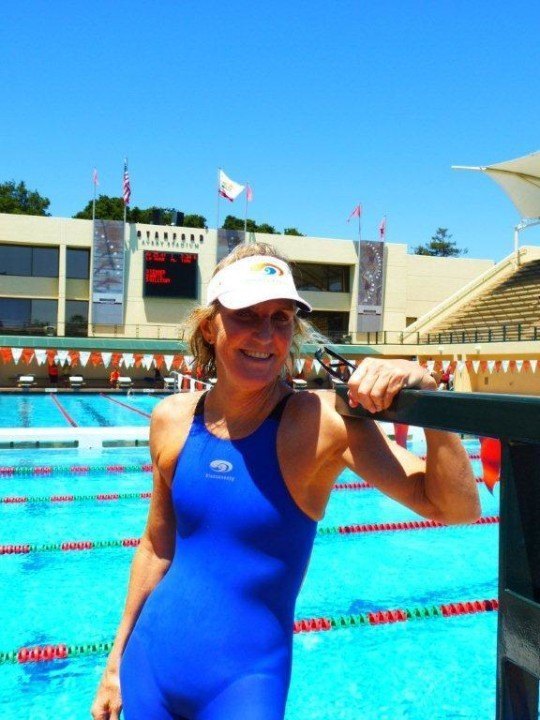 Val, who is famous for setting six Masters World Records in a single race in 2011, broke six more at last weekend’s meet – though not in that same singular fashion.

A 2004 inductee to the International Swimming Hall of Fame, Val currently holds 54 different Masters World Records, and its estimated that she has broken nearly 450 records individually in her carer, plus relays.

Val wasn’t the only big-name swimmer in attendance. Gabrielle Rose, who represented both Brazil and the US internationally, broke a World Record of her own in the 200 breaststroke. Swimming in the 45-49 age group, she swam 2:34.77 That whacked almost nine seconds off the former World Record that was set by South African Heather Morris-Eyton in 2013.

Matt Biondi and Jeff Farrell, both Olympians, swam as well. Biondi swam the 400 Freestyle in addition to the 50

Well, Val did just as good and while she went to the trials in 68 she was not in the Olympics. Anyone that does her times at 70 deserves the mention. She has records in fly, back, Free, and Im and has swim a 50 yard breaststroke and was rank 2nd in that event in her age group. Its her weakness stroke. I don’t know if Farrell and Biondi have swam i breaststroke in these masters meets.