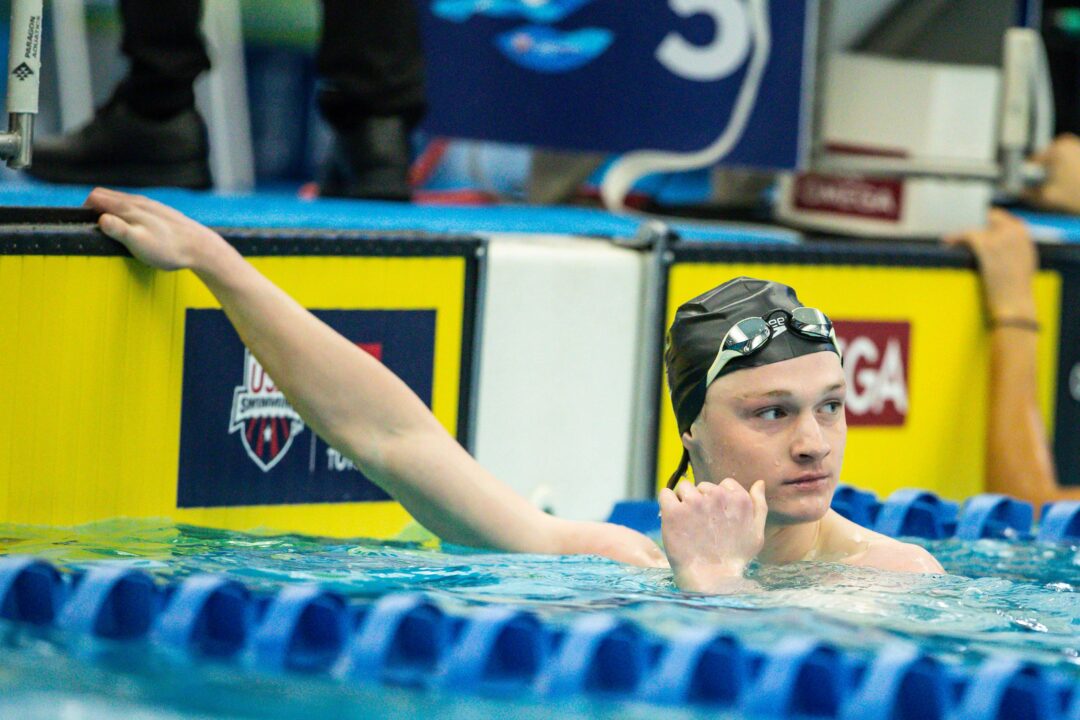 Diehl will shift his focus to the 'A' final of the 100 back, where he qualified fourth overall in a new best time of 46.40. Archive photo via Jack Spitser/Spitser Photography

Cumberland YMCA standout Daniel Diehl has dropped the boys’ 200 freestyle from his lineup for Friday night finals from the 2022 Winter Junior Championships – East, having placed fourth in the prelims in a time of 1:35.48.

Diehl is just one week removed from breaking the boys’ 17-18 National Age Group Record in the 100 back in LCM, having gotten down to a sizzling time of 53.07 at the U.S. Open.

With Diehl dropping the 200 free, 15-year-old Mason Manta Ray swimmer Jason Zhao gets bumped up into the championship heat after establishing a new personal best of 1:36.91 in the prelims.

Three swimmers scratched out of a ‘B’ final on Friday, two of them coming in the boys’ 100 breaststroke.

Roman Jones and Thomas Heilman have both dropped the event in favor of the ‘A’ final of the 100 fly, with Jones (54.87) having placed 10th this morning and Heilman setting a new best time of 55.31 to take 17th.

A third swimmer who has dropped an event in order to key in on the 100 fly is Lucca Battaglini, who scratches the 100 back consolation final after taking ninth in the heats in a personal best time of 47.28. He also set a new PB of 47.12 in the 100 fly, moving into the final seeded sixth.

On the girls’ side, there was a total of six scratches, all coming out of a ‘C’ final.