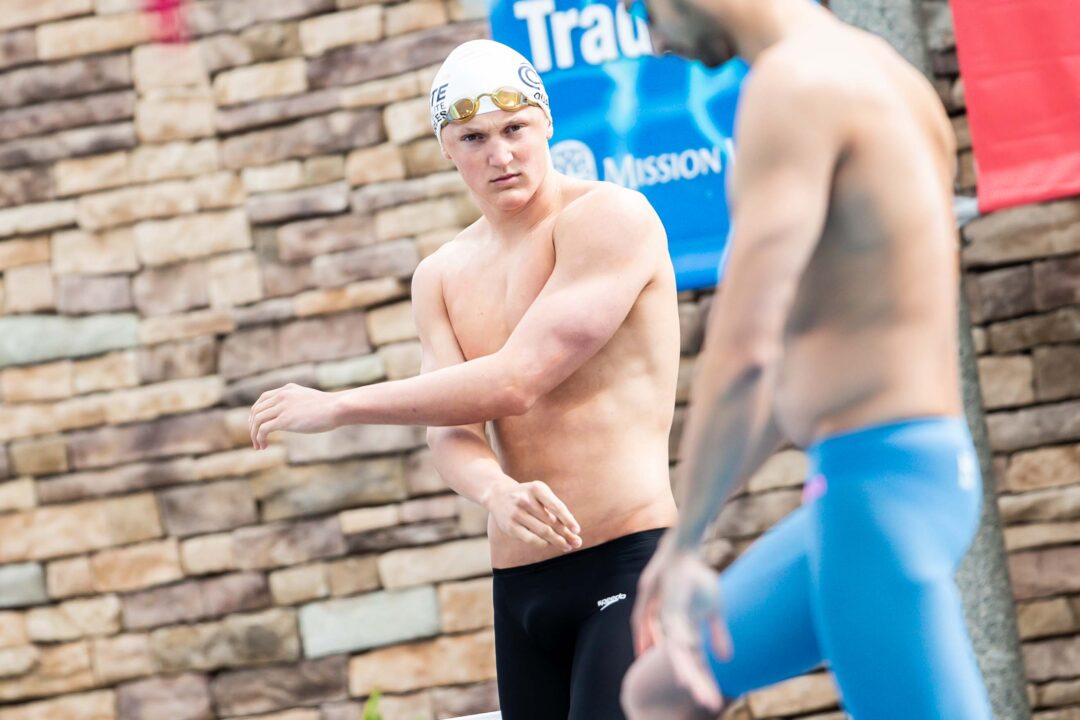 Coronado's Samuel Quarles has dropped the 'C' final of the boys' 100 fly on Day 3 in Austin, keying in on the 'B' final in the 200 free. Archive photo via Jack Spitser/Spitser Photography

There were only three individual scratches for tonight’s finals session from the 2022 Winter Junior Championships – West in Austin, all coming out of ‘C’ finals.

In the girls’ 100 backstroke, Denver Hilltoppers’ Lexi Greenhawt has dropped out after tying for 23rd this morning in 54.91, shifting her focus to the ‘A’ final of the 100 fly where she comes in seeded sixth (53.44).

Greenhawt’s scratch bumps Missouri State Aquatics’ Caitlyn Friebe up into the bonus heat of the 100 back, having hit a new best of 54.94 this morning.

On the boys’ side, 24th-place finishers Arthur Balva and Samuel Quarles have both scratched out of a ‘C’ final after qualifying for a consolation final in another event.

Quarles, who competes for Coronado Swim Association-Team Elite, finished 24th in the 100 fly heats in a best time of 48.34, but scratches the bonus final in favor of the 200 free, where he comes in as the top seed in the consolation final after clocking 1:37.36 this morning.