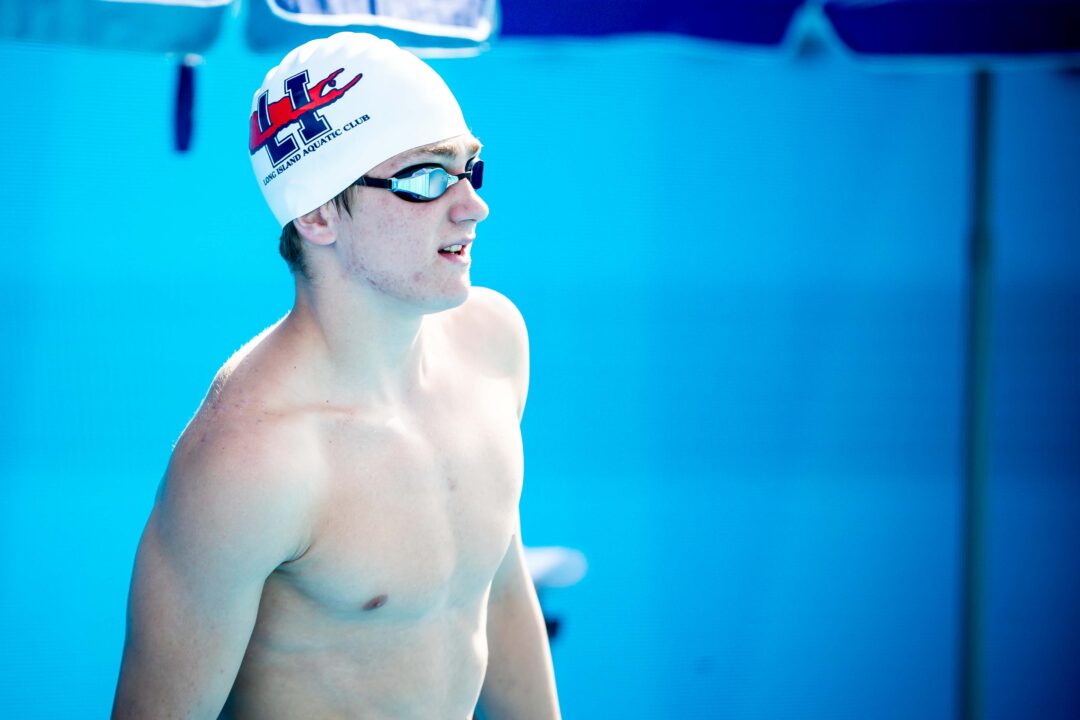 While USA Swimming doesn't keep all-time single-age records, Sean Green is the youngest swimmer to break 15 minutes in the mile since at least 1987. Archive photo via Jack Spitser/Spitser Photography

The 2022 NCAP Invitational is the latest incarnation of the “other” annual high level early December meet. The event, often held in overlap with USA Swimming’s Winter Junior Championships, features swimmers from the nation’s biggest and most powerful club, NCAP, as well as others from the northeast. This year, that list includes swimmers at teams like Long Island Aquatic Club, Asphalt Green, and Badger Swim Club in New York, plus Chelsea Piers in Connecticut, Machine Aquatics in the Potomac Valley.

In the girls’ mile, USA Swimming National Junior Team member Cavan Gormsen won in 15:57.20, setting a new lifetime best by just over a second. The 17-year-old LIAC swimmer and Virginia commit is best in the 200, 400, and 800 freestyles, but over the last year has stretched herself more-and-more into the 1500/1650 freestyles, including at Pan Pacs in August and at the US Open last week.

LIAC also swept the boys’ miles on day 1, led by Sean Green in the open age group in 14:57.83. That makes him the first high schooler to go under 15 minutes in the event so far this season, with the Winter Juniors miles still to come.

Green, 15, is only a sophomore in high school. That is the fastest mile by a 15-year-old dating back at least as far as 2001, the furthest that the USA Swimming database goes back reliably. Using the all-time top 100 lists, though, we can reasonably deduce that he is possibly the youngest swimmer ever to break 15 minutes. the only swimmers prior to 2001 to have broken the mark are Jeff Kostoff (14:52 as a 16-year-old) and Lars Jorgensen (14:57 as a 16-year-old).

The most interesting statistic in this article is that there aren’t accurate USAS records before 2001!

Y’all spamming this about your teammates is like Bryon Russell taunting Michael Jordan that he only hit .202 for the Birmingham Barons in 1994, except if Bryon Russell was his teammate and not the guy who got his ankles broken in the final shot of the 1998 NBA Finals.