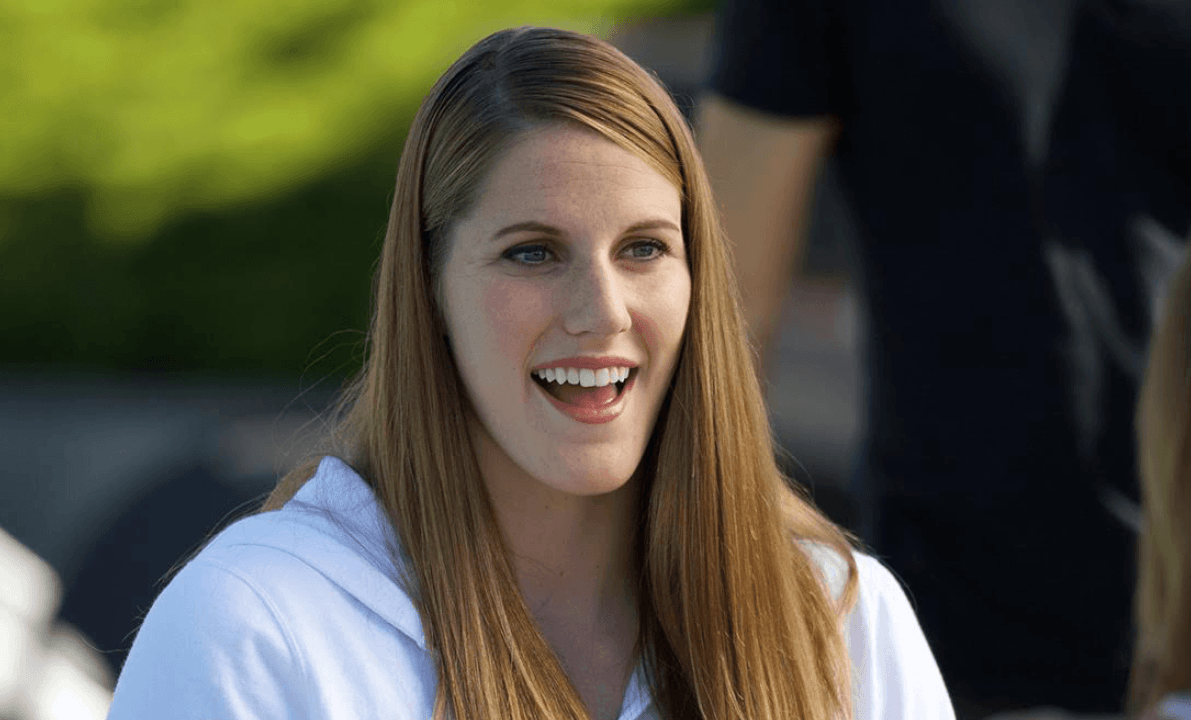 Missy Franklin announced today that she is pregnant with her and husband Hayes Johnson's first child. The couple married in September 2019. Archive photo via “Rafael/Domeyko Photography”

Missy Franklin announced via Instagram that she is pregnant and expecting to give birth to her and husband Hayes Johnson‘s first child this August.

Both Franklin and Johnson are retired American swimmers and have been married to each other since September 2019.

When Franklin retired in 2018, she said that “I began to realize that my greatest dream in life, more so than Olympic gold, has always been becoming a mom.”

Franklin swam in the NCAA for two seasons, racing for the Cal Bears between 2013 and 2015. While there, she won the 200 freestyle in American record time and picked up silver in the 500 and bronze in the 100. In her second year at Cal, she won the 200 IM, 100 freestyle, and 200 backstroke titles. After the 2015 NCAA Championships, Franklin made the decision to turn pro.

Missy Franklin picked up one final Olympic medal in 2016 when she won gold as a prelims swimmer of the 4×200 freestyle relay. In December 2018, Franklin announced her retirement from the sport.

Hayes Johnson swam collegiately for Texas, racing for the team at NCAA Championships in both 2009 and 2010. Johnson’s top national ranking came in his freshman year when he finished 20th in the 200 backstroke at NCAAs with a 1:42.18. Johnson raced at both the 2008 and 2012 Olympic Trials, along with the 2009 World Championships trials.

Prior to his collegiate career, Johnson raced at the 2008 FINA World Junior Championships where he just missed the 200 backstroke podium, hitting a 2:01.18 for fourth.

Since their retirement, both Franklin and Johnson have stayed connected to the sport and recently launched a swimming merchandise store called SwimSwag.

Pregnany: That’s what Arnold did to his housekeeper!

BTW, congrats to the happy couple.

Great news! God bless them and the child.