SwimMAC Elite Stars Put On Show in the Bahamas 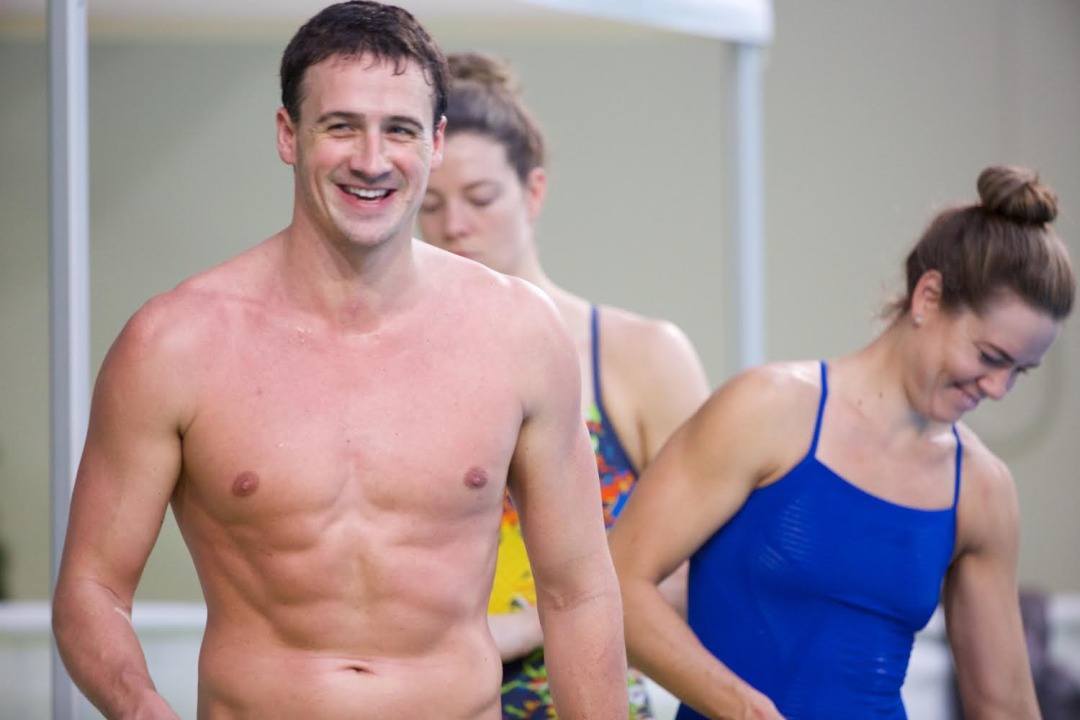 Ryan Lochte, Cullen Jones, Arianna Vanderpool-Wallace and others from SwimMAC Elite wowed the crowd in the Bahamas this past weekend. Archive photo via courtesy of rafael domeyko, rafaeldomeyko.com)

Several members of Charlotte, North Carolina-based SwimMAC Elite ventured to the Bahamas for a training trip this past week, which included participating in the Bahamas Swimming Federation’s Time Trials over the weekend. Ryan Lochte, Roy Burch, Cullen Jones, Arianna Vanderpool-Wallace, Camille Adams, Katie Meili, Marko Blazevski and Tim Phillips were among the American-based stars who took to the pool at the Betty Kelly Kenning Swim Complex to the delight of local swim fans.

Lochte in particular, wowed the crowd by racing a 50m swim completely underwater, ultimately touching the wall in a time of 22.81, a personal underwater best for the 30-year-old.  Burch and Jones finished immediately behind in 23.40 and 23.96, respectively.  Regarding the decision to go for it entirely underwater, Lochte playfully commented to the Tribune 242 publication that he “wasn’t going to do it at first, but then Arianna told the officials and the starter that I was going to do it under the water, so now I had to do it.  So, thanks, Arianna.”  Continuing, Lochte reflected that “I just wanted to give the crowd a show.  That’s why they were there.  It was good.  It was awesome.”

Jones, who earned the 50m fly win in a time of 25.03, echoed Lochte’s ever-present enthusiasm, saying in the same news piece that “Ryan beat me under the water, but when we shave and taper, that’s when the lights come on.  It was a great meet for us, a great venue to compete in.  Hopefully we will be ready for this summer.”

In front of her home crowd, Vanderpool-Wallace clocked a 25.22 for the 50m freestyle win, with teammate Katie Meili touching behind her in 26.11.  Vanderpool-Wallace also snagged the 50m butterfly win in 26.83, while Adams finished in second place in that race in a time of 28.62.  Adams expressed that “this was really fun….this is just training to get ready for the Worlds and the Olympics after that, so it was good to compete here.”

One of my favorite Rowdy Gained commentary quotes of all time (and I have many) from the 2005 SEC Chsmpionships: ” Lochte really doesn’t have a great underwater.”

If that quote came in 2005 then he probably had no where near the underwater speed that he has had in recent years. That’s 10 years ago and I don’t remember it becoming mainstream until 2007.

Have you seen what he was doing while at UF?

Have wondered if Ryan could be under 44.0 in both 100 fly and 100 back in SCY if it were just kick on front and back. Well, now I can stop wondering. Yes he could.