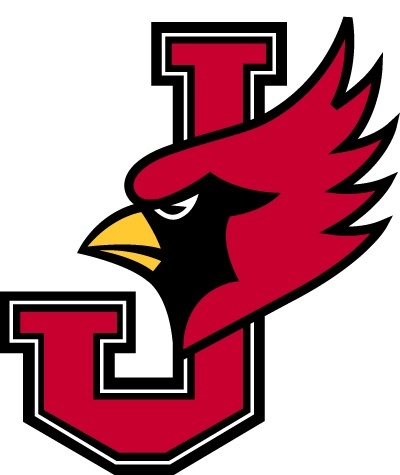 Nathan Graber, a junior at William Jewell College, started his college swimming career in a non-traditional way, but still strived to reach his goals in the pool. When he was a junior in high school, he made the decision to stop swimming and pursue music and making it big with his band. After a few years the band split up, and he discovered that he missed swimming and had some unfinished business with the sport. Nathan decided to start swimming again, and he found himself at a Kansas City Blazers masters practice. When asked by the coach why he didn’t join the area club team, Nathan had said the he didn’t want to get beat by 14-year old girls. Within the first hour of the swim practice, the coach of the Blazers had contacted Head Coach Mark Gole down the road at William Jewell, and had recommended that Nathan join the program. After that, Nathan became a Cardinal and began competing for William Jewell College.

William Jewell College is what a lot of schools might call the new kid on the block. Both the men and women’s swimming and diving team had been re-instated as NCAA competing teams in 2011, and it was a tough first year getting the program back into working condition. Head Coach Mark Gole was hired in 2011 to coach the new teams, starting with 19 athletes. At the end of the season, the teams finished with 11 swimmers, and due to the transition from NAIA to NCAA DII, there couldn’t be any NCAA Championship meet attendees. Once the team became an NCAA DII School in 2012, there were no NCAA Championship qualifiers from William Jewell.

Nathan has come a long way since his first days as a Cardinal at William Jewell, improving more than his coaches could ever imagine. At Nathan’s first college competition, he walked in with a time of 2:04 in the 200-yard butterfly, and was all smiles after he finished the race in 2:02. He continued to improve throughout the season, and at his first conference meet in 2013 he touched 3rd in the 200-yard butterfly from lane 1. His perseverance and attitude about swimming showed his coaches that he was truly invested in improving the team and himself.

Nathan’s time to shine came after he qualified for the 2015 NCAA DII Championships in Indianapolis, Indiana. Joined by teammate Paige Meredith, a sophomore out of Overland Park, Kansas, Nathan was able to set a new standard for the William Jewell Swimming Program at the national level. On the third day at NCAA’s, Nathan was set to compete in the 200-yard butterfly, his top event. Nathan requested a particular team cheer to be pumped up to race his best, and it was granted. He had convinced his coach, Mark, to lead the team cheer called the Muscle Cheer. The cheer came from OLY swimming in Michigan, where Mark had coached previously. The Wayne State Swim teams had also joined in for the cheer, since they knew it as well. It was a special moment for Nathan, having his coaches, teammate, and even athletes from another school supporting him.

With a fresh, pumped up attitude, Nathan became the first swimmer at William Jewell to make it back at a national meet, qualifying 9th with a lifetime best of 1:48.08 in the 200-yard butterfly. In finals, Nathan finished 12th overall, scoring 5 points for the team, ranking William Jewell 30th at the national level. Nathan also became an All-American Honorable Mention, a tremendous honor for him and his school.

According to Nathan, the best part of being a swimmer at William Jewell is the team. They eat together, live together and spend a lot of time together supporting each other. Nathan said that his proudest moment was how loud his team was at the conference meet, and how everyone is there for each other when things go well, and also when the situation isn’t ideal.

It is clear that Nathan truly values his team. When asked what he was most proud of after the meet, he only mentioned how proud of his teammates he was. He loved being able to represent William Jewel at a National level, and that he was joined by his teammate Paige. According to Head Coach Mark Gole, he couldn’t think of any athlete that deserved the success as much as Nathan. Nathan Graber’s attitude and passion for the sport is something that will take his team far, and he is setting a great example for his others to follow in his footsteps.

More from Nicole Flynn
See All