Swim High or Swim Low, Which is the Best Way to Go? 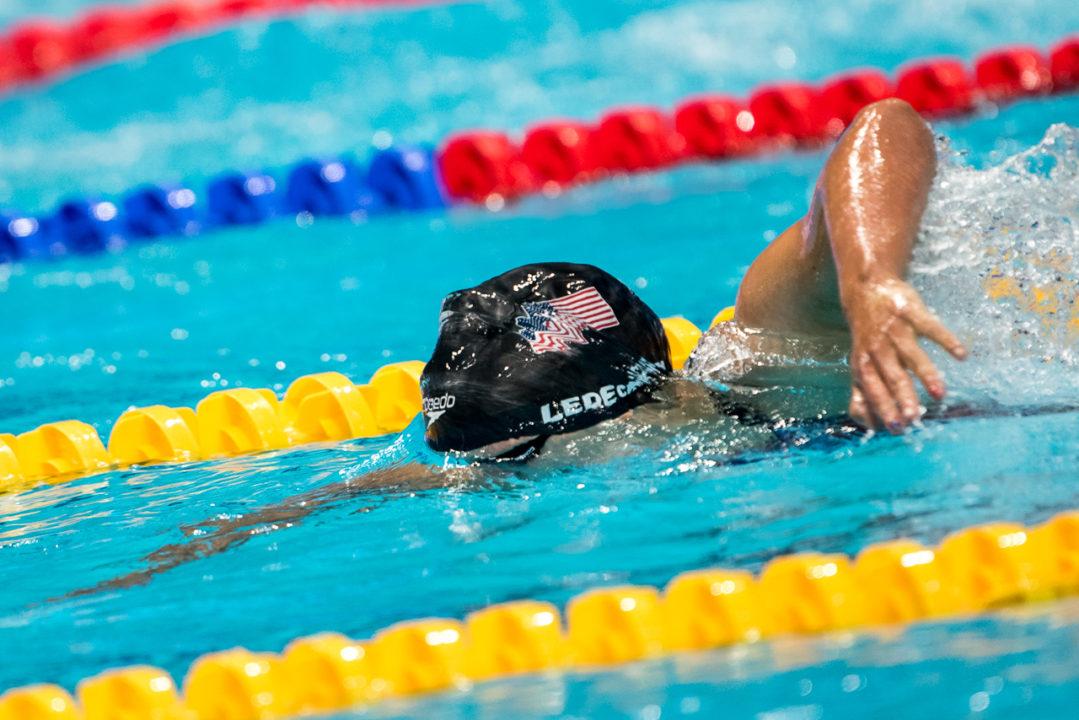 Strengthen Your Self-Talk In a Skillful Way With Yoga

Self-talk strategies are a powerful way to improve your performance and yoga is an effective way to strengthen those skills.

If you don’t like the career you’re in, you might want to work in the swimming community and be a part of our swimming family! Go here to see 3014 Swim Jobs.

Find out which freestyle kick technique is fastest and how much knee bend is optimal in this video from The Race Club.

Break or Breakthrough? Take Swim Training to the Next Level

With a Michael Phelps Signature Swim Spa by Master Spas, you can train at a high level — at home. Reach your goals and beyond.

Jordan Wilimovsky on Doing 5k’s for Time in Practice

The top three men all broke eight minutes, with KSWIM’s Jordan Wilimovsky touching almost three seconds ahead of the next-best competitor at 7:54.44

See? That’s all swimming is. It was floating, he said, but faster. He called it ‘speed-floating,” and for the rest of 1933 that’s what he had the ditch kids practice. – Soichi Sakamoto in The Three Year Swim Club

If you are worried about being shot in combat, like a Navy Seal, stay low. If the air is freezing and the water warm, stay low.

In the last week the outdoor pools opened in Boulder and more than one coach at  Masters’ practices gave the advice “Look down. Stay low”. Water is 800 times denser than air, so by staying low you need to be much much stronger. I just really want fast, easier. I want to be high not low.

Two weeks ago I watched Katie Ledecky swim and set a new World Record of 15:20 in the 1500. I watched it here.

I couldn’t believe how high she was in the water, I could see her head, and her back and read the name on her cap. Her body position looks so much higher than that of her competitors. Last night I ate dinner with a triathlete that I have worked with and I have always told her to stretch and lift her chest ,the T (shoulders and sternum)  lifts you higher in the water and makes breathing easier. She replied, “my boyfriend/coach told me to look down and press and stay down. If I lift and stretch thru my chest my feet sink and my back hurts ”

“ They do,” I said, “If you swim like you have had an epidural from the waist down. But if you engage your core, navel swivel, hip hike, ( I call it salsa) you can actually get relief in the lower lumbar and added power a hip driven’ freestyle. (Hip driven is a term developed by Mike Bottom.) Movement releases pressure.

In one of the best books about swimming ever written, The Three Year Swim Club by Julie Checkoway, the great Japanese swim coach Soichi Sakamoto talks about Duke Kahanamoku as a “speed demon and an innovator. Duke transformed what was previously known as the Australian crawl- low in the water  technique derided by critics as a keep-your-head-in-the-sand stroke– into something faster and definitely American.”

Sakamoto was a great observer not only of nature but of strokes. In March of 1936, Popular Science Monthly, described swimmer Ralph Flanagan stroke secret as “lying low in the water, head and shoulders level with the surface. “ But Sakamoto felt perplexed. It is the opposite of what he saw. “ Flanagan kept his shoulders and head high above the water, and looked like a hydroplane.” Sakamoto keep watching Flanagan, “ His upper body rising like a hull of a boat and then moving faster and higher and gaining momentum until his body skimmed over the obstacles of the waves that he himself created as he moved over the bow wave in front of him, seemingly without effort”

It seems surreal that 82 years after this initial disagreement, this discussion continues.  I feel as perplexed as Sakamoto. I hope I will never find myself swimming in combat, thru the surf zone carrying 60 pounds of equipment on my back, swimming low, trying not to be seen.  When in doubt, I rely on science and nature for answers.Until then I will swim high and I think I’ll go watch Katie Ledecky again.

What does Gary Hall Sr think about all this?

Ledecky is high in the water for part of her stroke cycle but her head is down right after breathing, during the power phase of her pull with her non-breathing arm. Sun Yang does this in a more pronounced way. After the breath, his head completely submerges so there is no bow wave over it. Phelps did a version of it too, really connecting his head turn to his catch. I think Gary Hall Sr. acknowledges that this involves a tradeoff between drag and power. By lifting the head, you increase drag but also increase power in the front of your stroke. Over distance, it’s more important to reduce drag. For shorter races, I think it depends on the swimmer… Read more »

Lol, I like that “ditch kids” in that quote went completely unremarked upon.

Sakamoto’s kids literally swam in a ditch. From what I remember from the book, it was basically a narrow cement channel with like, run-off in it, or something. I never pictured anything very fun to swim in, hahah.

A decent book! Worth checking out for swim fans.

And that concludes another segment of – “didya know Steve reads books!?”