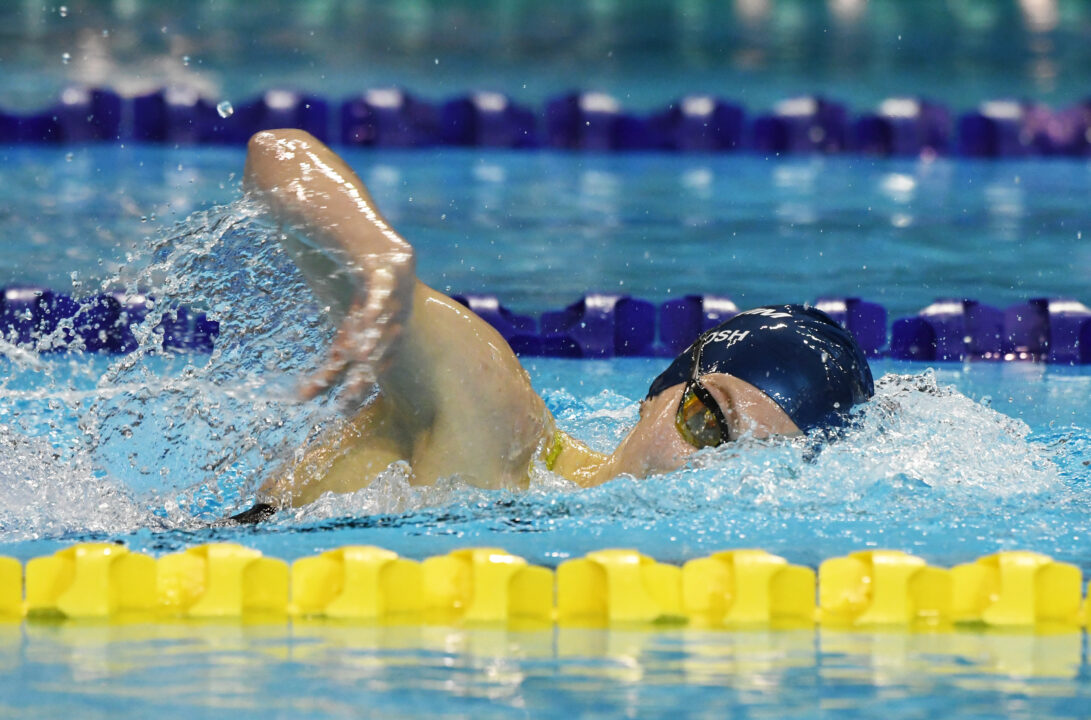 Summer McIntosh lowered her Canadian record in the women’s 800 SCM freestyle by more than six seconds with her runner-up finish behind new world record holder Katie Ledecky on the last night of the World Cup series in Indianapolis.

McIntosh clocked a 8:07.12, nearly 10 seconds behind Ledecky’s new world standard but still good enough for a new national record by a sizable chunk. The previous mark was McIntosh’s 8:13.37 set at the 2021 Short Course World Championships.

McIntosh, too, was ahead of world record pace until the midway point of the race, when Mireia Belmonte’s line began to outpace her. Ledecky stayed ahead of that line and broke Belmonte’s world record by almost two seconds.

McIntosh’s time ranks as the third-fastest in the world this year behind Ledecky and China’s Li Bingjie (8:02.09). McIntosh is just about eight seconds off of the world junior record set by China’s Wang Jianjiahe, but the 16-year-old still has a couple years to get there.

The swim earned McIntosh a silver medal, her second medal in Indianapolis and sixth overall of the series (three gold).